The story of my grandmother

An early picture of me with my grandmother

The 1910 International Socialist Women's conference suggested a woman's day be held annually for the first time that year. It is now being celebrated every year on March 8. My grandmother was born in 1910 in Mangalore the first year of Women's Day. A great moment in time for a liberal woman to be born. A woman who believed in herself and the power of women.

Unfortunately these were the days when women in India were married early. So my grandmother was married when she was thirteen, had a baby at sixteen, and was widowed at eighteen, a tragic sequence of events for a woman in the early part of the twentieth century. Being a widow those days meant being ostracised from the husband's family. Having given up her education for marriage, she had no qualifications in a world where any way job opportunities for women were low, especially in a small town like Mangalore.

"Freedom cannot be achieved unless the women have been emancipated from all forms of oppression."- Nelson Mandela

What were the options for a woman like that at this peculiar juncture in her life?

First, she decided to go back with her child to her parents, who gave her a roof over her head. Second she had to beg her parents to let her continue her schooling which she was forced to give up in favour of her early marriage. Through grit and determination she was able to complete her schooling, even though going back to school after a 5 year gap is a challenge for anyone. For sometime my mother and grandmother went to school together - my granny was in the higher classes while my mother was in kindergarten and the lower classes.

But the wonderful part was that my grandmother didn't stop there. She realised that she had a child to feed and she was going to be alone for the rest of her life, so went on to do her BA and then her MA finally getting a job as a professor in Ethiraj College for Women in Chennai, or those days Madras. Her choice of college was guided by wanting to educate the girl child to bring equity and equality to women. This also helped her bring up her only child as a single mother. Given the stigma revolving around a widow those days she was completely alienated from her husbands family and never saw them again after the death of my grandfather. Widows were bad omens those days. They were unlucky. They were to be shunned and thrown away. And that is exactly what happened to my grandmother.

What is remarkable about this story is that it is set in the first half of the 20th century when women didn't even know that they had to fight for either equity or equality.

But if we want to bring about a fundamental change in the liberation of women we must focus on eliminating gender bias before women are born, and as they are growing up. In India especially, we know that gender bias starts before you born given the fact that both female foeticide and female infanticide is one of the highest in the world.

Gender biases start early - the moment a child is born. We start planning clothes in blue for boys and clothes in pink for girls. We buy gender biased toys - cars for boys and dolls for girls. So gender bias just keeps growing through the childhood of a person. By the time we start looking for equality and equity for women, gender bias has deeply set in and created its own preferences.

Which is why I admire my grandmother. Close to a hundred years ago, she was able to fight gender bias in a very unequal world, when women's status in society was less equal. To have made a successful life for herself in such a difficult environment is truly admirable and inspiring. She laid an important example of independent women for everyone around her to emulate. 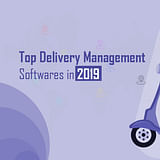 Top 10 AI Trends Everyone Should Be Watching In 2020