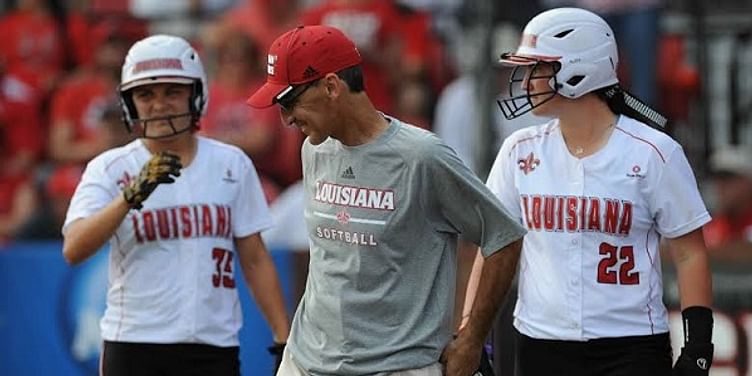 Playing softball is about more than just winning games. Michael Lotief, longtime softball coach of the University of Louisiana at Lafayette Ragin’ Cajuns, knows that collegiate team sports are also about building character, improving form and fostering bonds between teammates designed to last a lifetime.

The role coaches play in team building goes beyond just coming up with new strategies and making sure every athlete on the team is offered the chance to improve. For coaches like Lotief, it also involves making a commitment to his players both on the field and in their academic lives. We’ll offer some insight into how Lotief managed to help his team score in all these categories, even without access to the resources afforded bigger schools.

While it’s true that Lotief’s team had a higher percentage of wins than ever while he was the coach, his philosophy has always been about more than winning games. He went out of his way to establish a healthy learning environment for his athletes so they could succeed not just on the field but also in the classroom.

Lotief encouraged teammates to offer their opinions on where their team was thriving and where it needed work. He always made a point of celebrating their wins and focusing on what the athletes could learn from their losses. Lotief fostered a healthy learning environment, not just by providing concise and immediate feedback on his athletes’ technique on the field but also by investing time and energy into helping his players thrive. This helps to explain why so many of his players went on to receive recognition for their academic performance in addition to their success on the field.

Feedback That Goes Both Ways

Winning college athlete Lexie Elkins has pointed to Lotief’s commitment to giving and receiving feedback as a source of inspiration and improvement. She noted in one interview with ESPN that Lotief understands every player is different. His ability to offer advice on hitting styles and also to listen to his athletes and find out what worked for them continued to propel Lotief and the impressive athletes he helped motivate.

The best coaches, like the best athletes, make a point of constantly learning about new developments in their sports. Lotief was the kind of coach who went the extra mile to stay up to date on all the latest developments in softball so he could pass helpful information on to his athletes. Today, he’s also known for bringing the power of analytics to the game of softball.

When he was coaching the Ragin’ Cajuns, Lotief showed a commitment to making sure his players had everything they needed to learn and to improve. This was particularly true in developing movement patterns and hitting techniques, which has always been a focus for Lotief.

His athletes had everything they needed to conduct deliberate practices, swinging in a variety of settings and gaining access to videos of the best ballplayers in action. Although Lotief has jokingly referred to them as “gadgets and toys” in interviews, these valuable tools rival the learning aids offered by even the best-funded schools.

Some coaches may feel like their work for the day ends when practice is over. Lotief never adopted this philosophy. Instead, he gave his all to the team, even going so far as to show up for late-night extra practices, helping players develop personalized plans for improvement, and even serving home-cooked team meals every weekend.

Lotief gave his all to the game and to his team. He encouraged his players to do the same. When they were frustrated or felt that they couldn’t do any better, Lotief and his staff were there to help them through their moments of struggle and offer advice about how to turn obstacles into opportunities to grow.

Becoming a winning team is about more than just dedication to the game, although that plays an integral role. It’s also about the meaningful journey each player takes along their path to excellence. Lotief paved the way along that path for many athletes not just by teaching new techniques and dedicating extra time to practice but by making sure each of his players felt their contributions were valued.

Lotief has recently focused more on consulting than coaching. He has an extensive following of other softball coaches, athletes and fans who continue to benefit from his experience and advice. While it’s true that many of the collegiate athletes who played for the Cajuns under Lotief deserve recognition in their own right, there’s no denying the role that his engaging, committed and innovative coaching style played in helping them thrive.