The Importance of the Agricultural Sector in Indian Economy 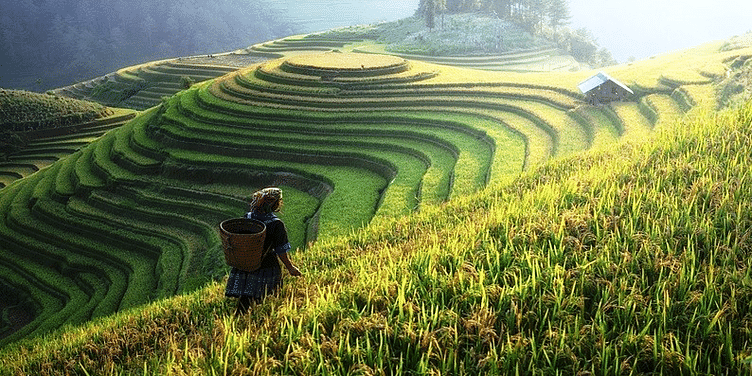 In the FY 2017-18, the agriculture sector in India contributed around 17-18 per cent to the country's GDP. An economic survey revealed there has been a rise in the mechanization of agriculture tools.

The agriculture sector employs more than 50 per cent of the workforce in India. It plays a vital role in our overall economy.

Agricultural products are the major source of food supply for the huge population of our country. As per certain estimates, it meets about 60 per cent of household consumption.

4. Role of Agriculture for Industrial Development

There are several important industries in India such as cotton and jute textiles, sugar manufacturing, edible oils, plantation industries (tea, coffee, rubber) and many agro-based cottage industries that depend on the agricultural sector for the supply of their raw materials. These agro-based industries generate about 50 per cent of income in the manufacturing sector, thus, agriculture helps in the industrial development of this country.

Agricultural products constitute a large part of the total exports of this country. Some of the main items in our export list include tea, coffee, sugar, tobacco, spices, cashew nuts, etc. These contribute to about 50 per cent of the total exports from India. In addition to agricultural products, products from agro-based industries like jute and cotton textiles also contribute another 20 per cent to the country’s total exports. Hence, the agriculture sector is vital to the country’s international trade and commerce activities.

Both the Central and State Governments of the country earn significant revenues from the agriculture sector. The rising land revenue contributes towards a substantial income. There are also other sectors like railways and roadways that derive a good part of their income from the movement of agricultural goods.

With all the above points, it can be safely said that agriculture is an essential foundation in the country’s economy. As per the Economic Survey 2017-18 Report, agriculture sector employs more than 50 per cent of the total workforce in India and contributes around 17-18 per cent to the country’s GDP. The report also stated that Indian farmers are adapting to farm mechanization at a faster rate in comparison to recent past.

The Indian market has several leading tool manufacturing companies who produce the highest quality of agricultural implements. Their distribution channels include both B2B and B2C, with B2C having the largest share. Consumers can also buy agriculture tools online from various e-commerce platforms.

The agricultural implements market in India has been categorized on the basis of product type including tractors, rotavators, threshers and power tillers. Agricultural tractors dominate this market. The Indian tractor industry is the largest in the world and accounts for one-third of the global tractor production.

As mechanization in this sector continues to rise, tool manufacturing companies are now offering their agriculture tools online on e-commerce sites. This ensures that even the smallest fraction of farmers can buy required tools and equipment's on their will.