This Valentines I pledge to be committed towards Climate Change

As apocalyptic photographs of the polar vortex striking across mid-west America unfolded on my computer screen in warm, tropical Bangalore, I shivered in sympathy. I thought of my family in Chicago, and how just days before we were vacationing in sunny Maldives. The very same island nation that by most accounts is sinking into the ocean due to rising sea levels caused by global warming. This, and the many pictures of overwater bungalows gracing every travel magazine, had inspired our trip. And now only days later, my family was caught in the grip of threateningly low temperatures.

It wasn’t lost on me that the same global warming that was melting glaciers and increasing sea levels was causing rising Arctic temperatures and severe weather imbalances around the globe. Troubled by what little I already knew about climate change, and its impact on my prospects as a traveller, I decided to investigate further.

Snorkelling in Maldives, the gorgeous parrotfish and green turtles notwithstanding, it’s impossible to ignore the damaged coral reefs. While the tourism industry is the single major contributor to the country’s revenue, the conversion of uninhabited islands into luxury resorts is taking a significant toll on the country’s limited water resources. It is also damaging the fragile marine ecosystem that keep the islands from eroding. Other island nations too are grappling with a similar fate. Thailand announced the indefinite closure of the tiny Maya beach which would see saw between 4,000 to 5,000 visitors every day. Boracay in Philippines was similarly shut after over-tourism resulted the idyllic island to resemble a ‘cesspool’.

Coastal towns face similar dangers, including flooding and ever rising water levels. The devastating floods in Kerala last year surfaced a deep fault-line in the state’s development and environment protection policies. The tourism industry took a severe beating (to the tune of  nearly ₹1500 crores), the same industry that contributes about 10% of Kerala’s GDP and supports 15 lakh jobs. Theories abound as to what caused the worst floods in the state in a century; excess rain caused by climate change, errors of judgement in managing the water dams, and rampant construction and quarrying especially (driven by tourism). Paddy fields have been levelled and mountains cut into, to build resorts and tourist facilities.

No rest in the mountains either

It’s not just areas that are by the coast that are facing the wrath of climate change; in what is now being seen as the planet’s warmest decade mountain regions are facing their share of gloom. A recent study by the International Centre for Integrated Mountain Development (ICIMOD) predicts that if our global climate efforts fail, temperatures in the Hindu Kush Himalayan (HKH) region will rise by an alarming 5º in less than a century. This will melt a third of the region’s glaciers impacting all those living in the river valleys below. The more immediate effect of climate change is evinced in its impact on Nepal’s tourism industry (~4% of its GDP in 2017). Snow cover melt, unpredictable rainfall, floods and landslides make the mountains unattractive and even dangerous for trekkers and travellers.

How can the tourism industry break out of this vicious cycle of contributing to climate change while also being adversely impacted by it? There are examples where a thoughtful approach to development has not only prevented but also rectified the mistakes of the past. The Cheonggyecheon stream in Seoul city had deteriorated into an open sewer and had been covered as a highway overpass for several decades. An ambitious urban restoration project at the turn of the century saw the overpass being torn down to make way for a river park. Today, the (very) green public space has increased biodiversity, and lowered of temperatures and pollution – attracting locals and tourists alike.

The Kerala government seems to have heeded the alarm call of the floods and acknowledged the close connect between the environment and tourism. Pledging to promote responsible tourism, the government is refusing ecologically detrimental projects and construction. Close association with the local communities and responsible hospitality operators can promote a model of ecotourism that benefits the locals, the travellers and the environment alike.

On my part, I will travel consciously – choosing hotels and activities where I can, that are invested in the region, creating sustainable opportunities for the locals. An effort to ensure that my carbon footprint weighs lighter.

P.S. This article is written by Ekta Poddar for Cleartrip. 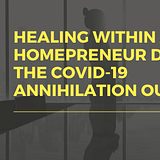 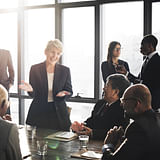 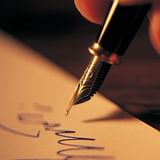 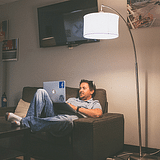 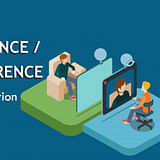 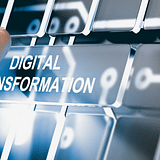 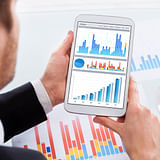 How Best SEO Services Can Be Useful during COVID19 Pandemic? 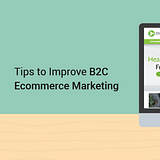 How to Improve your B2C Ecommerce Marketing in 24 hours?