8 Ways to Use Non-Monetary Rewards & Incentives for Driving Growth 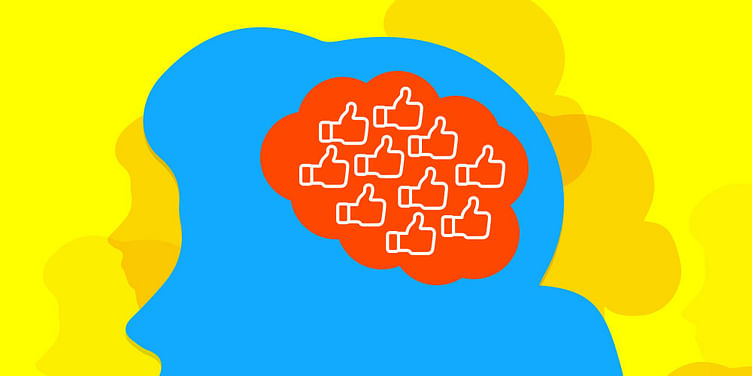 Last week a founder pre-empted my discussion on user rewards and incentives on an ecommerce app by asking “Why do I need to give cashbacks to drive transactions?”. While, monetary incentives are table stakes today in many apps, there are other ways to incorporate rewards & incentives in products. Here’s a quick look at rewards beyondCashbacks, Refer & Earn, Discounts & Free Shipping.

First, a quick detour to understand the celebrity neurotransmitter - Dopamine.

Dopamine inspires us to take actions to meet our needs and desires. Dopamine performs its tasks before we obtain rewards, because you anticipate something important is about to happen. Basically, you just create the dopamine environment by rewarding experiences, and the brain does the rest.

Here are some Dopamine inducing ideas that incorporate rewards & incentives in apps:

Award points to users to spur desired behaviors. Points are an essential ingredient in gamifying the environment and building loyalty. Just giving points to the user can help build retention but creating an intrinsic value for the points helps the case even further. Value can be built by enabling points to be redeemed for discounts, early access, freebies.

Fitness Apps reward users with points for finishing a task. Zomato awards points for every review submitted and photo uploaded. In these cases, earning the points itself is rewarding. On the other hand at Starbucks, points are earned for each transaction, and the points collected can be exchanged for a free cuppa.

Badges are indicators of accomplishment, skill or interest. These are rewards for completing a certain number of actions. Badges tend to be overused so the strategy for using them needs to be well thought out. Make them scarce or difficult to earn. In marketplaces, badges convey trust and reputation. It also conveys progress in the user journey.

Duolingo manages levels beautifully. Previously, users could see how far they got through a skill via a bar graph. Duolingo has now introduced Crown Levels with five levels of difficulty for those who want to learn harder words and phrases.

Leaderboards show users where they rank in a gamified environment. A good leader board rewards users for their competence without creating a zero-sum environment. Also, there should be an element of positive social reward and feedback. Feedback can be provided on milestones or how to improve the users ranking. It is essential to focus the leader board on connecting people and gamifying the environment, rather than on winning.

Positive reinforcement by social validation works well in UGC environments. Ensure that with every new content piece that the user contributes he sees a like, view or follower added easily (without impacting the content consumption experience). Variability in reward, i.e. number. of views or likes gets the user to return to check the status and create more content.

This method is so powerful that social apps can monetise increasing social approval by enabling buying of likes, views and followers and essentially buying more attention.

Comments may seem very similar to social approval. Comments are akin to receiving short messages from friend, colleagues and strangers. The subjective content is rewarding for the user as it makes him feel loved, heard and happy. Also, it creates a rewarding experience for the content creator as it enables her to connect more meaningfully and share her thoughts.

But here there’s a chance of getting negative comments which may harm the users reward centre. However, the benefits outweigh the cons. Negative comments can also enable the user to convert a bad situation into a good one.

Marketplace sellers rely on comments from users to drive more sales. High involvement purchases involve going through comments to understand the product experience of others. Lastly, who doesn’t love seeing the prompt “You have a new message”.

Give users access to a club, service or event based on actions performed in the app. Deliver the access to users based on actions performed or as an add-on for a service purchased. The access should give the user a feeling of exclusivity. Membership to a club, holidays or events fall into this category. This is different from a give-away deal, think of it more like a part of your product offering.

Similarly appeal to the sense of community by building social initiatives into the product. Get users to collectively contribute to a common goal by performing certain actions. Apps which use karma points to deliver on tree plantation drives and other CSR initiatives can leverage this quite well.

But remember, using offline access and social programs as a lever needs to be built into the product’s value proposition rather than just using them to redeem points.

Firstly, do not treat early access programs as a Beta program. Develop new features, create a fully tested app, develop complete content and only then activate the early access programfor your loyal users. Do not use this as a part of feature testing. It should be more like giving early access to view the new Avengers movie rather that a closed group user test for a film preview. This is a powerful feature as you stand to get valuable reviews from your power users in advance of a full launch.

Skip the line or early access programs can be designed by getting users to fill out a form (Superhuman Email), perform certain tasks or get recommended by other users (Whatsapp Pay).

There are many more that can be added to this list. The ones listed above are what I have predominantly encountered across various apps.

The Future Artificial Intelligence in the Service Industry