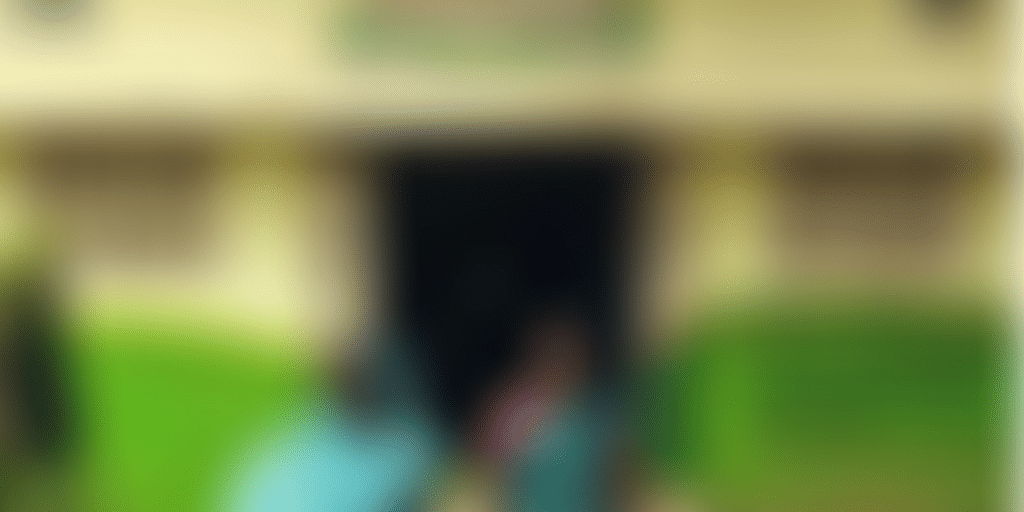 Extraordinarily inspiring stories of women living in remote villages of Bihar, by a woman who is working with them as an India Fellow

Across Munger district of Bihar, women dressed in sky blue saris are disrupting the community’s perception of their ability to improve the lives of poor. With help from a Goat Resource Center (GRC), a small establishment by the roadside that serves as an office and information center in Kataria village, a cadre of 22 women run the show.

The GRC is a manifestation of an idea from the collaboration of Self Employed Women’s Association (SEWA) with The Goat Trust, supported by ITC Limited. The idea is to enable the provision of livestock healthcare services, specifically primary goat healthcare, in the community by its women. With the Agarbatti Cooperative (an old initiative of SEWA and ITC) folding up due to change in government policies in 2016, both the women who worked there and ITC’s CSR arm were on the lookout for new opportunities. A program thus formalized, included the idea of ‘Pashu Sakhis’ or Goat Nurses.

The planning commission report (2011-12) states that close to 34% of Bihar’s rural population is estimated to be living below poverty line. This is an indicative of a large goat rearing population since backward classes and landless labor who constitute this segment, are unable to rear larger animals here. Further, despite extensive goat farming, little knowledge around it exists among the rural poor and livestock is largely cared for by women, which creates a huge scope of capacity building through services that could be provided by women themselves. These factors along with Munger being an ITCs operating ground, came together to solidify the program.

25 women from Kataria and other surrounding villages were chosen to be trained as goat nurses based on their long-standing association with SEWA, individual potential, reach within the community, coupled with local recommendations. 22 of them continue to actively provide goat healthcare services.

Radha Devi*, who hails from a village called Hasanpur, joined the SEWA movement by becoming a member of the Bihar credit cooperative four years back while working as a teacher at the local village school. Two years later, she got married into a family that didn’t allow her to work. Secretly, she learnt rolling and scenting at the agarbatti cooperative during its last few days of operation. With that project discontinued, and her willingness to work unfulfilled, the new goat nursing program that was announced came as an opportunity not worth missing. She applied without seeking her husband’s permission.

Luckily, it did not take a lot of convincing, on the condition that her activities will be limited to the village. But her worries didn’t end there. The selected women had to travel to Lucknow for 10 days of training with The Goat Trust, something she found difficult to get her husband to agree upon. Eventually, a program officer from SEWA along with a few other women went to meet him.

(My husband agreed for me to work but not to travel outside the village. He said he cannot comment on it, my mother or brother shall decide…we’ll let you know in a couple of days).

She then approached her brother for permission and only after his approval, continued with the program. There are multiple cases of drop-outs when travel outside the village is involved. Women who successfully complete the training come back home with a certificate and a first aid kit with all essentials, given as a one-time provision to kick-start the work. The team at SEWA helps them in promoting and marketing their services. It begins with door-to-door campaigning, followed by wall paintings in each village where the name and number of the village’s goat nurse is provided.

Initially, a lot of people refused to pay up thinking that it’s a free-of-cost government service. It took time for people to trust women in blue saris claiming to cure goats. Savita Devi from Badi Mahuli mentioned how a community meeting with the village mukhiya helped in building people’s trust. Sometimes they worked for free until the owner could see improvement in the goat’s health. They began with basic care like de-worming and administering medication for fever – the symptoms of which were easily identifiable and treatment showed quick results.

Ranjana Devi from Taufeer village said, “People used to leave their goats to die or sell them at low prices when they would fall sick. That's not the case now.”

In most villages, government support is missing and qualified vets don’t visit for treatment of small animals like goats. Without adequate knowledge of where and who else to approach, goat owners were often left at the behest of quacks who charge exorbitant fees. They either have to empty their pockets or leave the goat’s health to fate. The emergence of Pashu Sakhis has changed that.

A mid-line survey conducted to assess project impact revealed that the provision of first-aid has increased from 11% to 79% over the last 12 months. Further, de-worming and immunization of goats stood at a meager 11%, with ‘Khasi’ bucks that are reared for meat, often ignored in the process. This number has gone up to 86%.

Trained in administering vaccinations, Bharati Devi was earlier scared to even hold a needle. She took help from a fellow nurse and gained confidence. They have also been trained in castration of young bucks through machines, thus replacing unqualified men who used knives which often resulted in blood loss and infected wounds. Complex cases where diagnosis is difficult or a fracture or dog bite is involved, which they are not trained to treat, the nurses direct people to the nearest vet center at block level. A few critical situations, however, sometimes require them to go beyond their scope of work.

Anupam Devi recalls the case of a pregnant goat who refused to eat and was unable to stand on her feet for more than a week. Taking her to a vet outside the village was a challenge, so the owner approached her for help. After consulting the doctor at The Goat Trust over phone, she was able to administer the right injections, and provided regular massage using gau-mutra (cow urine traditionally used for therapeutic purposes). The baby didn’t survive, but the goat was nursed back to health.

With humble beginnings of INR 400-500 per month, many Pashu Sakhis now earn anywhere between INR 3000-4000 per month. These earnings, in the form of a service charge added to the cost of medicines and injections, depend on the quality of services they provide. It has allowed them to operate independently without regular support from the resource center.

As knowledge of basic healthcare trickled down to goat owners, pashu sakhis increased their ambit of services. They conduct workshops on hygienic living conditions for goats, to avoid fatal diseases like Fasciolosis during monsoons when accumulated water becomes a breeding ground for infections. A nutritious mix of goat food is prepared by the nurses and sold directly to owners or in the local market at an affordable price of INR 40 per kg. The GRC also gets goat feeders made which are sold in health camps or as per the demand. Baseline comparison indicated a 50% (average) increase in adoption of appropriate goat feeding practices.

Pashu sakhis also connect buyers and sellers across different locations and provide the facility of weighing goats on scale, which has increased fair trade by almost 61% over the last one year. Healthier goats attract higher prices. The program team is now working towards enrolling nurses under MNREGA program for training in preparation of goat sheds.

Contributing to 196,000 tonnes of milk and more than 80,000 tonnes of goat meat annually (as per animal husbandry statistics for the year 2013-14), Bihar continues to stay in the top five goat rearing states of India. Well reared goats, often called the poor man’s cow, can significantly contribute to a family’s well-being. The Pashu Sakhi program not only helps the animals, but also the women working in it. It is a form of self-sustainable employment that allows for greater mobility and year-long occupation, contributing to the betterment of rural households. The element of empowerment it incorporates has helped women earn respect, dignity and financial inclusion in the community.

As you read this, 25 more women are in the process of graduating as goat nurses.

25 more women who begin to build their own identity.