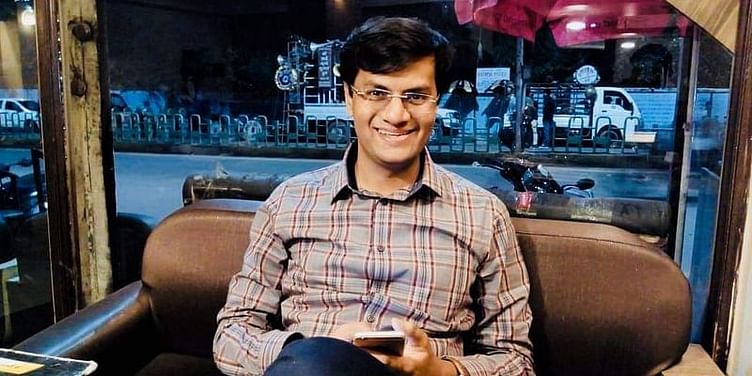 Vijay Thosani belongs to the small district of Amreli in Gujarat. His father used to run a small shop selling cutlery items. From early on, Vijay harboured dreams of entrepreneurship and making it big, especially as that would help his father and the business.

In 1984, with Rs 1,200 in hand, he set up a small unit to manufacture electric cables. Vijay tells SMBStory that he had bigger dreams and therefore, he soon shut shop and moved to Silvassa in Dadra and Nagar Haveli to do something bigger.

Along with his friends Dilip Joshi and Babubhai Rudani, Vijay started Noble Polymers in 1995, which used to manufacture high-density polyethylene pipes (HDPE). HDPE pipes are especially known for their chemical tolerance and anti-corrosion properties.

The business performed decently in the first year and clocked a turnover of Rs 23 lakh.

As Babubhai passed away a few years ago, Vijay now runs the business, along with his son, Yash Thosani, and Dilip. The company has grown to record a turnover of Rs 134 crore in FY20.

After starting Noble Polymers in 1995, the team launched another company in 2000 under the brand Tirupati Plastic, which manufactures PPCP/PPHP/HDPE/PPGL rolls and sheets. In 2004, the co-founders launched Balaji Polymers to manufacture PPE hollow profile sheets. A few years later, they decided to bring all the three companies under a single umbrella company which had the initials of the subsidiaries – Shree TNB Polymers.

Vijay shares that the early years were not easy for the company as people were not aware of the use of HDPE pipes owing to its limited use. He further adds that there were not many players in the market because of limited awareness. But this was also a good thing as there was a lot of scope to advance and tap into several opportunities within the market.

Initially, Noble Polymers was focused only on making products for the chemical industry. Vijay shares that they used to supply these pipes to chemical companies like Pidilight and several others situated in the industrial belt in Vapi, Gujarat, a place 44 km away from Silvassa.

Moreover, to fit, join, bend, or reshape these pipes according to their usage in different areas, another component (fittings) was required. Vijay shares that he used to source the fittings from local suppliers. However, the suppliers would often compromise on the quality of the fittings by using cheap materials, which led to the founders receiving complaints from the final buyers.

“In the chemical industry, there is no room for mistakes. Because of the volume and nature of chemicals involved, any leakage or imbalance can lead to bigger accidents and in some cases, even blacklisting of the suppliers. That is why I decided to start manufacturing the fittings myself,” Vijay adds.

He says manufacturing fittings didn’t take much effort as they are made from the same material as pipes.

The ecosystem has since evolved and there are several players in the national and international market, including DukePipes, Almax Polymers, JM Eagle, and WL Plastics. TNB imports raw materials from the US, Gulf countries, and Europe. He says the biggest reason for this is the costs, which is two or three percent less than that of Indian suppliers.

Apart from the shortage of materials and convincing people in the industry to use these pipes, there was also a shortage of funds.

“Banks were not easily accessible then as they are now. Today, if you have an order worth Rs 1 crore or more, you can easily get a loan. But that was not the case 30 years ago.”

The business has been growing steadily since 1995 when it clocked Rs 23 lakh turnover. TNB Polymers clocked Rs 120 crore turnover in FY19 and Rs 134 crore in the last fiscal year. Its clients include the likes of Adani Power Ltd, Tata Group of Companies, Reliance Petroleum Ltd, Aditya Birla Nuvo Ltd, and many more. The business also supplies to several government-tendered projects.

From pen and paper to computers

Yash Thosani, Vijay’s son, joined the company between 2015 and 2016, a few years after completing his graduation. He says one of the few things he has done after joining is to automate processes and bring in technology.

He also adds that with changing times, the tools to interact with customers have become better. This, in retrospect, has greatly enhanced the dealer network, and increased efficiency and productivity.

“Those who have the best communication skills and reply the fastest to their customers are emerging as winners in today’s time,” Yash says.

He also gives other examples to explain how pens and paper and manual operations have been replaced by computers and machines.

“Earlier, the material compositions and other combinations were calculated on paper. Today, machines do all this,” he elaborates.

When the final product reaches the stage of completion, a machine checks its weight and evaluates. The product is pushed forward in case of no errors, and is held up through siren and pop-up notifications in case of errors.

The business has three manufacturing units in Silvassa, with a yearly combined capacity of 25,000 metric tonnes. Vijay adds that the business also exports to clients across the world including those in Gulf countries, Australia, China, and Europe.

Not getting swayed by competition

Over time, the chemicals industry has evolved drastically. Moreover, the number of competitors has increased massively. However, Vijay says that the only way to survive is by not getting swayed and focusing on good quality.

He says several companies get blacklisted but theirs has managed to stand the test of time. On logistics, Vijay says that though there is still the significant cost of transportation, however, initiatives by the government including building highways have brought down the cost by two or three percent, even though the overall cost remains high.

HDPE, which are used in the chemical as well as the water industry, are significantly important to improve the farmers’ situation. These pipes are used in water irrigation and water sprinkler systems.

Vijay says that even though the coronavirus pandemic did not have much impact on the business, their turnover for FY20-21 will be less because of the economic downswing.

“The money was used by governments to contain the pandemic. A lot of money of ours is still stuck,” he says.

Vijay says he plans to expand his operations in the coming times by building more units at places from where they receive large number of orders. “This industry has a lot of scope. Not even 20 percent of the work is done,” he concludes.

IWAI and CSL to sign an MoU for ship repair facility at Pandu, Guwahati to boost MSMEs and local trade