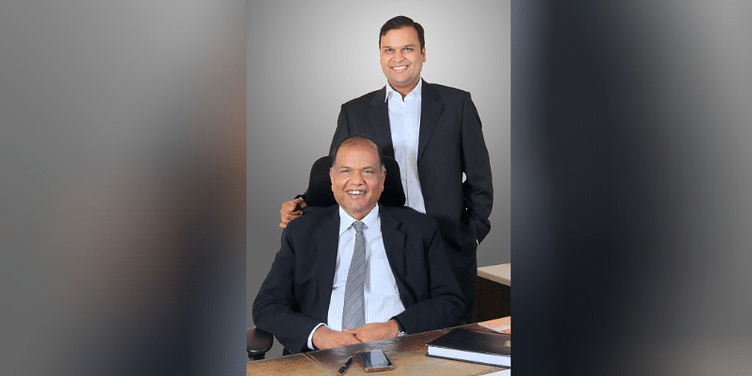 Starting from a small tuck shop to making Bikaneri bhujia a must-have in every pantry, Bikanervala has become a household name. It launched its FMCG brand Bikano in 1998 to make traditional snacks a part of everyone’s snacking palate.

After the Partition in 1947, businesses found themselves in a newly-independent India, with a new set of rules and norms and finding new ground. Many entities had suffered and people were on a lookout for new opportunity to make ends meet, making them travel places.

Lala Kedarnath Aggarwal also moved to Delhi from Bikaner to earn a livelihood and started selling traditional sweets and savouries in a trolley in Chandni Chowk. His hard work and luck favoured him and the business soon took off. In a short while, he started a small tuck shop as ‘Bikaner Namkeen Bhandar’ in the same area, offering namkeens and snacks.

In due course, the establishment gained recognition as ‘Bikanervala’ and became popular for delivering bikaneri bhujia and other foods of authentic Indian flavours. In 1965, Lala’s son, Shyam Sundar Aggarwal, joined the business to expand Bikanervala across and outside the National Capital Region.

Building on the legacy of Bikanervala, the family felt that they should take their culinary legacy to beyond the borders of India. With the emergence of the packaged food industry in the 1980s, they could finally act upon their vision of expanding their business.

Shyam Sundar launched Bikano in 1988 to become a dominant FMCG player, all while retaining the quality of excellence as envisioned by his father.

In an interaction with SMBStory, Manish Aggarwal, the third generation entrepreneur of the group and son of Shyam Sundar, narrates how Bikano survived the test of times to become one of India’s favourite FMCG brand to munch on.

Bikano was founded under Bikanervala group and the first manufacturing plant was set up in Faridabad to manufacture namkeen, western snacks, sweets, and more. However, they had to temporarily discontinue the operations as soon as they had begun. Manish explains,

“We didn’t have any experience in distribution. So, we shut Bikano down for a while and went back to the drawing board.”

It didn’t take long for the company to build supply chains and Bikano was given a new lease of life. Meanwhile, other FMCG brands like Haldiram’s and Bikaji were creating a considerable market presence.

In 1995, while Bikano was steadily gaining recognition in the market, it received a huge offer from PepsiCo to manufacture namkeens for them. But the opportunity came with its set of challenges. Bikano was a standalone brand and producing similar products for a giant international conglomerate like PepsiCo meant inviting competition. However, Shyam Sundar thought it wise not to unearth the opportunity.

“We became OEM for PepsiCo but were going by the books in the business. We were manufacturing for them, maintaining the high standards of product and services, and, at the same time, competing with Lehar,” Manish tells SMBStory.

In 2000, when Manish joined the business, he says Bikano wasn’t making very big money and the turnover was very less, which he didn’t disclose. After entering the business, Manish helped his father to open up to more markets and acquire an exports licence.

Bikano now offers different varieties of namkeens, cookies, sweets, papad, syrups, and flour-based foods like matthi and samosa. It has over 270 domestic SKUs and more than 320 international SKUs, with frozen foods forming the backbone of its exports business. It exports to 45 countries, including the US and the UK.

In 2009, Bikano opened another manufacturing plant in Greater Noida, followed by one more in Rai (a village in Sonipat) in 2013. Manish says that though most of the raw materials for manufacturing the items are sourced locally, the packaging material is imported.

After 33 years since starting operations, Manish says Bikano now rakes an annual turnover of Rs 1,000 crore, with no plans of raising an IPO. Bikano also partnered with Indian Railways, and its products are now available in various trains and stations.

With the growing popularity of healthy foods and people increasingly watching what they eat, there has been an explosion of startup brands like Slurrp, The Green Snack Co, etc.,that cater to the segment by introducing wholesome alternatives to fried, spicy, and flour-based snacks and savouries.

While the consumption of western snacks has increased, Manish says that hasn’t affected traditional Indian snacks like bhujias and namkeen, which have not lost their charm.

According to Nielsen, out of the Rs 28,000 crore Indian snacks market, Rs 12,000 crore is traditional and Rs 16,000 crore is western. With increased urbanisation and large-scale lifestyle changes, the Indian snack market has undergone a massive transformation in recent years. Snacks have become available in convenient, small packs and also cater to regional flavours and tastes.

When asked how is Bikano was catering to the health food segment, Manish says,

“There is always a fight between health and taste. What satiates our taste buds is often not considered good for health, perhaps due to the presence of spices or oils. However, it is a myth that tasty food can’t be healthy. But, at the same time, consumption too has to be wholesome. Our products are healthy and the ingredients used are listed on every packet.”

But to cater to the demands of new-age snack lovers, Bikano has diversified its range and has come up with new products like diet mixtures and multigrain chips.

With its low-carb snacks, Lo! Foods aims to develop healthy munching without compromising on taste

Talking about the challenges, Manish says that FMCG is a difficult industry to crack and the operating margins are too thin. Sustaining the product at Rs 5 and Rs 10 price points get challenging every year with rising inflation.

“I think the biggest challenge is to continuously stand up to the exacting demands of the new-age consumer. With ecommerce reshaping the snacking landscape as well as the larger food landscape, it has thrown up opportunities as well as challenges in equal measures,” Manish notes.

While he observes that there is the challenge of downward pricing pressure due to new players in the market coming up with competitive offers remains constant, it also sparks the need to continuously innovate – not only in terms of creating new products but also evolving production processes and technologies.

Given that availability plays an important role in the snacks category, Bikano’s channel strategy is to be actively engaged with a pool of channel partners while keeping an eye on the whole market. The company is looking to penetrate the North East, West, and the South Indian markets via Hyderabad. Multiple new products are being planned as part of the extension of Bikano’s product line, and with the launch of multigrain chips, Manish says the company is focussing its R&D to provide healthier snacking options.

“We are looking to penetrate further into our existing markets of Delhi, Uttar Pradesh, Haryana, and Punjab. The ultimate objective of our team is to make the products in every neighbourhood store easily available. We shall be penetrating deeper into Tier II and Tier III cities, along with rural areas,” Manish adds.

The company also plan to introduce more digital and technological interventions to its supply chain and sales force of more than 2,000 distributors and over three lakh retailers.

Seeing the huge demand for ready-to-eat and packaged sweets, Manish says that this market holds high potential and Bikano plans to release multiple products for both the domestic and international markets. The aim is to develop these segments further and meet the ever-rising customer demand in times to come.

How this women’s bottom wear brand became a listed, profitable company within 12 years