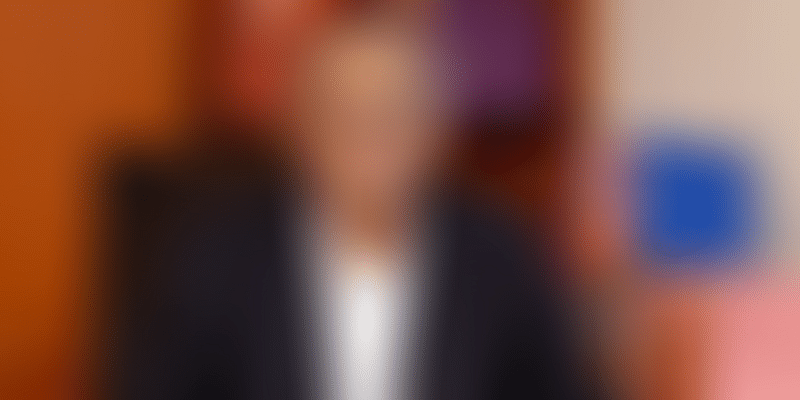 Despite facing stiff competition from established brands such as Parle, ITC and Britannia, Unibic has become the fastest-growing cookie brand in the country

For several years, glucose biscuits was a tough cookie in the Indian market. However, after it lost its energy, cream biscuits and cookies started becoming a favourite as they were more affordable, and in the process, toppled glucose biscuits to achieve a larger market share.

Besides price points, a report by Research and Markets attributed this coup to increasing income of consumers, a shift to premium biscuits, larger number of manufacturing facilities, increased health awareness, innovation, and attractive packaging.

In the midst of this shift, Unibic was set up in India by former Britannia COO Nikhil Sen, Unibic Australia’s Michael Quinn and entrepreneur Dhruv Deepak Saxena in 2004 in Bengaluru. The company made a healthy start with two cookie brands and initially imported ingredients such as chocolate chips and oatmeal into India, but later went on to rely on its own resources.

In the face of stiff competition from Parle, ITC and Britannia, the company quickly grew into an 800-plus member team, achieved a global reach of more than 10 countries, and now has 30 variants of cookies and four production lines. Currently, Unibic is the fastest-growing cookie brand in the country, clocking an operating income of above Rs 200 crore last year.

The rich experience of the senior management in the industry certainly helped, and so did sustained growth in the top line on the back of new products and increased promotions.

According to ICRA Limited (previously known as Investment Information and Credit Rating Agency of India Limited), Unibic’s relationship with reputed brands such as Café Coffee Day, Indigo Airlines, Art of Living, Chai Point, Sresta and Feasters for private label products was another factor which worked in its favour.

“Trust is the breath of all businesses, ethics are its limbs, and uplifting spirits is the goal,” says Sen, Managing Director at Unibic. “But trust ends when there is a breakdown in communication.” A huge cricket fan, he believes that sport teaches invaluable life lessons that everyone can learn.

A graduate from St. Stephen’s College, New Delhi Sen was always good at commerce and accounts, but what attracted him to the FMCG sector was its consumer-centric nature.

“A lot of my peers wanted to get into the administrative services, but I joined Britannia as a management trainee in 1980. I was there for 25 years, rising from a trainee to becoming the Chief Operating Officer (COO) in 2002, and I left in 2005,” he says.

When Sen met Michael Quinn, who had started Unibic in Autralia, he found that Quinn wanted to start a biscuits business in India. Together, they aimed to introduce premium cookies and biscuits in the country. “At that point, having a family to support and being well into my career, becoming an entrepreneur was frightening at first. But I decided to take a plunge and join him. With confidence up my sleeve, I knew I could go ahead and succeed,” he says. 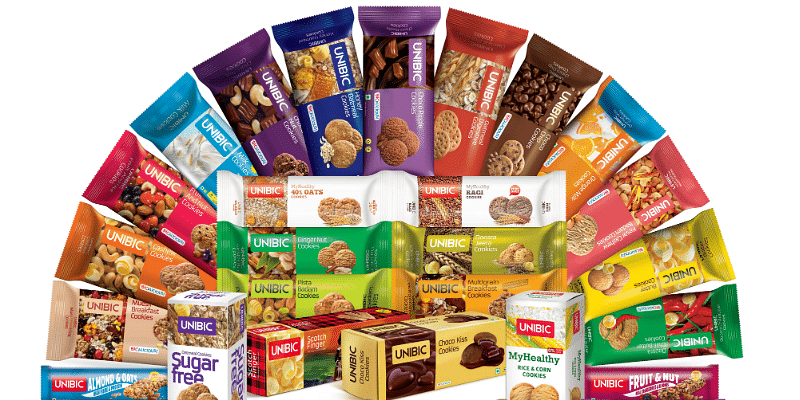 Sen had seen that “most factories concentrated on the front end of the business such as advertising and having brand icons.” This influenced him to “work from the back end of the business and invest in different machinery, importing machines from abroad and to enhance taste and quality for consumers.”

Unibic is also known for its wire-cut technology, a product design element which helps distinguish its cookies even in the absence of the outer packaging. Sen explains: “The wire-cut technology produces a moulded product with a more open texture, almost like a handmade cookie mould. This way, no two cookies are ever the same. The formation and what happens inside the oven is unique for each cookie.”

For Unibic India, its moderate (but increasing) scale of operations, low profitability (although it turned profitable in 2016), and sustained losses since inception have been the pain points. However, it’s safe to say that it has certainly survived its fair share of challenges.

Between 2010 and 2013, the cookie crumbled - the company was strapped for cash and stagnant for three years. “Luckily, we were able to convince a few market players to invest, who came in and funded us. We stepped up and sustained our growth from that point,” says Sen.

He says, “The commodity market is hugely driven by government intervention. It is difficult to manage costs, but thankfully, this year we have inflation under control. Right now, we are not increasing our prices and we are managing our margins with greater efficiency in our supply chain.” Sen says,

Unibic has “come up with Rs 5 and Rs 10 packet cookies to penetrate the rural markets. We use these penetration strategies to increase our width of distribution in rural markets.”

For him, managing distribution networks is about ensuring efficiency in systems. “Make sure your inventory does not take up a lot of your capital. We have a single source of production, but we try and make it up through freshness of stocks, inventory holdings, etc.,” he says.

Modernising the face of the brand was the next area that deserved attention. “We realised digital was the best platform to engage with consumers for new launches in the market. We have invested a lot in our digital team, but we know that we are assured of a larger audience and engagement. Activation is also important, which refers to the way we impact and engage with consumers,” he explains.

Reaching out to customers online was equally important as Aarti Iyer, Head of Marketing, Unibic India, explains: “People are not going to do a digital search for the best type of cookie or biscuit, as opposed to purchasing a car. In the FMCG sector, you need to create affinity and trust with your consumers, which is possible through creating fun aspects around the brand,” she says.

In the face of such challenges, there is a lot to learn from cricket and other team sports, especially in terms of teamwork, says Sen. “We can learn from cricket that the underlying principle of a strong team is trust, because you ultimately rely on your team for coordination and support,” he explains. “Here, to be dynamic outside, you’ve got to be calm inside.”

Under his leadership, Unibic conducted the first T20 cricket tournament recognised by the BCCI - the ‘Unibic Twenty 20 Bradman Cup,’ in 2005. “It cost us a lot of money and resources, but it turned out to be a fantastic opportunity for us to gain greater visibility and an experience to see notable cricketers at their game,” he explains.

In the same year, Unibic entered into a partnership with the Bradman Foundation and directed two percent of Bradman Chocolate Chip cookies to projects supporting the cricket dreams of underprivileged children to make their cricket dreams a reality.

“We have always believed in giving back to the society. Unibic has donated a part of its proceeds to Indian Jawans for limb replacement and to war widows for empowerment and rehabilitation. We have started various other such initiatives and we will continue to do so while aiming for a larger market share,” says Sen.

These multi-crore empires were once struggling businesses