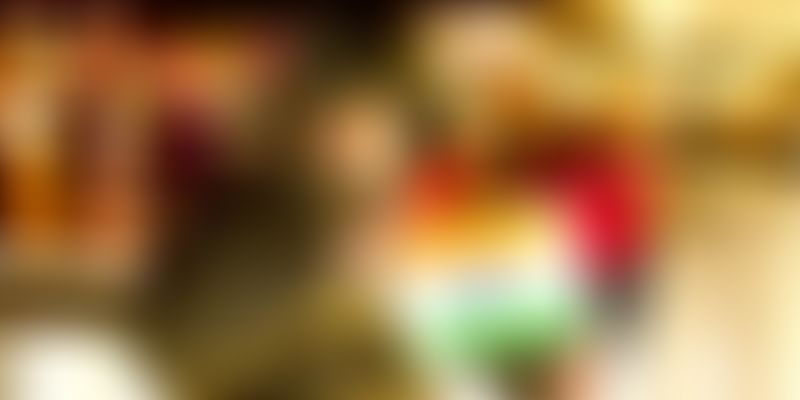 This is the story of Captain Archit Gupta, who dreamt of flying an aircraft in his childhood.

“I had a strong conviction to become a pilot and live my dreams when I grow up. I took a loan of Rs 20 lakh to pursue my training in the Philippines. When I got the degree, I was on cloud nine and while on my way back to India, there was only one thing on my mind - getting a job and living my passion,” Archit says in an interaction with SMBStory.

It was in 2010 that Archit completed his training course, around the time when the economic recession had hit the world in 2009. There was no hiring in any sector. Such was the impact of the recession that there were no jobs in the aviation sector for many years.

The times were tough but Archit didn’t give up. After two years of struggle, he joined the Welspun Group in the aviation department where he used to manage the ground operations of the private jet of Welspun Group.

Later, he moved to Zee Group as head of operations in the aviation department.

“I could earn Rs 15,000 a month but the amount was insufficient to clear my debts. The aviation sector was sinking. Even Kingfisher shut in 2013 and many people were jobless. People were offering bribes to get jobs. Things were pathetic.”

Disillusioned with the circumstances, Archit decided to start something of his own. He started making handmade chocolates but that didn’t last long as it was a one-man show. He fell short of a helping hand and the business too required investment after a certain period of time.

In 2015, Archit came up with the idea of starting his own aviation company by renting out private jets, air ambulances, and helicopters and this led to the birth of Atom Aviation Services Pvt Ltd in New Delhi.

“Despite many companies renting out air ambulances to hospitals, and private jets and helicopters to celebrities, entrepreneurs, and ministers, there still was a dearth of it. I decided to step into this sector as I was passionate about it. I invested some money which I had kept as my savings and started leasing aircraft from the aviation companies without taking any external loans,” Archit tells SMBStory.

Archit received his first order for an air ambulance within 24 hours of the company’s launch. This boosted Archit’s confidence and there has been no looking back for him since then.

In 2017, the company diversified into manufacturing drones at its Dwarka manufacturing facility by importing raw materials from China.

Through its air ambulance service, Atom Aviation has transported live organs and critically ill patients from one place to another, and provided helicopters and private aircraft to celebrities, politicians, and business tycoons.

“With the help of various drones, we are helping our clients in inspection, aerial mapping for engineering purposes, and pesticide spraying on farms,” says Archit.

By 2018, Archit bought a Fixed Base simulator from Airbus to train pilots.

“When students return to India after completing their training, there is a time gap in getting a job. During this time, they miss out on the practical training and to fill this vacuum, I bought a Fixed Base simulator for Rs 50 lakh to train these students. No one in India was giving this kind of training to students earlier.”

Atom Aviation charges Rs 8,000 an hour for the training and trains over 800 pilots every year who are later recruited by various airlines. The company is aiming to clock a turnover of Rs 10 crore this year.

Last month, the Nizamuddin Markaz congregation in Delhi surfaced as a coronavirus hotspot. Several people who took part in the event tested positive for the virus later. During this crisis, disinfection was carried out by Atom Aviation using ultra-sophisticated disinfectant drone in the entire area of Markaz.

Talking about future plans, Archit says the company wants to reduce its dependence on imports from other countries and wants to manufacture all components required for drone manufacturing at its Dwarka facility that will help in maintaining privacy as well in storing critical data.

At 74, this Amritsar-based businessman is seeing fruits of success and has built a Rs 700 Cr business

Small business ideas: 5 steps on how to go digital with your business