From living in a mud hut to launching a nano-tech firm, read how Sandip Patil found success 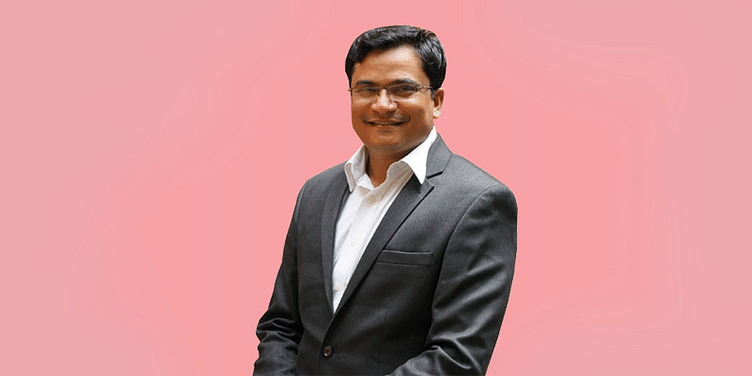 It was passion, surviving instinct and sheer determination that has brought success to Sandip Patil. Hailing from a small village, today his nanotech firm has a turnover of Rs 2.2 crore.

Nanofibers have several practical applications in today’s world such as cancer diagnosis, optical sensors, air filtration and many more. However, it has been a challenge in India to create a cost-effective solution for nanofiber research and fabrication due to quality issues and workforce problems.

Hailing from Pimpri, a village tucked away in Shindhkheda district of Maharashtra, 32-year-old Sandip Patil and his company E-Spin Nanotech have cracked the problem. By ensuring quality and successfully scaling its lab technology to industry scale, E-Spin has made it big and turned Patil into a celebrity in his village.

“I am highly respected in my village and even get invited to marriages and functions as a chief guest,” he says with a chuckle.

“For most people, the comforts of a high paying job are the natural choice. But for risk takers like me, taking the entrepreneurial route serves as a test of endurance, leading to better results,” says Patil, who invested Rs 5 lakh to start the company in Kanpur, in 2010. At the moment, E-Spin’s clients include major research labs in India and it has an annual turnover of Rs 2.2 crore.

By no means was Patil’s journey easy. Although he holds a doctorate degree in Chemical Engineering, he was raised in a small mud house in his village.

“It’s hard to believe now, but my village lacked basic amenities like schools, health dispensaries, post office, roads and transport. Even now, they remain a distant dream for Pimpri residents,” he says. “Seventy five percent of the village population are tribals.”

Sandip had a tough childhood. “My parents were barely literate, and they used to work as contract labourers,” he explains.

“There were days when the whole family, including my two younger siblings, would go without meals. Despite the abject living conditions, I dreamt of studying.”

His luck changed when his uncle took him to a different village, named Dhandra. This village had a high literacy rate and most of the children here attended school. “During my time here, I attended school and heard some stories about the Patil brothers, who were involved in science. I became curious and unknowingly developed a fascination for the field of science and research,” he says. “I used to get excited by looking at the mechanical repair work of televisions and diesel engines.”

After graduating from school, Sandip returned to Pimpri. He continued studying, but also helped his mother, who had started a small shop in the village. “Being the eldest son, I had to bear some responsibilities. Mornings were spent in school, evenings in the shop and nights amidst books,” he adds. “I returned to Dhandra to complete my senior secondary education and later got into a BTech programme.”

Despite failing the first year, Sandip kept pushing forward and finally made it to IIT Kanpur, where he joined a PhD programme. “Here, I noticed one of my colleagues struggling to design and assemble an E-Spin machine. This turned out to be the turning point. It was assigned to me and as I successfully completed the task, I realised my core strength and key interest area, which is transforming technology into products. That triggered my interest in nanotechnology products,” he says. “After months of thorough research, I discovered that India has a huge market for nano products. I wanted to start my own company.”

After completing a few individual projects and taking some business advice from friends, Sandip launched E-Spin in 2010, with the help of the SIDBI Incubation and Innovation Centre (SIIC) at IIT Kanpur. “I was happy to get into the research and development of high quality, low-cost nano-fibre units, and these have a wide range of applications,” he says.

When it was launched, most nano machines used in India were imported. Sandip wanted to cut down these imports by “designing more efficient and cheaper products with excellent back-up services,” and tried to “bring other companies onto a single platform.”

Location and resources were the biggest hurdles. “I had no workshop of my own and I had to outsource the manufacturing part. Kanpur doesn't have any good manufacturers who can provide good quality components. So, I had to go to Delhi to look for one,” he says. “It was also difficult to find a trained and highly motivated workforce in Kanpur. However, I believed that if the employees lived near their families, they’d work hard and even save money. So, I decided to hire young people from the city and train them.”

“Our business is running completely based on digital marketing and word of mouth campaigning,” he says.

“Now, we are also going to get into nanofiber-based air filtration areas, where the products will be face masks and cabin air filters,” Patil explains.

He also wants to turn E-Spin from a private limited company into a public limited entity.

“With a good manufacturing setup and unique process designs, other players can also enter this space. My own company as well as others will further benefit if we receive state support in getting more tenders,” he adds.

“I am also targeting a turnover of more than Rs 10 crore. I want to invest the money into research and development and venture into the healthcare industry,” he concludes.

5 years, 1.5 Cr users, and a unicorn: how Groww become one of India’s fastest-growing investment platforms