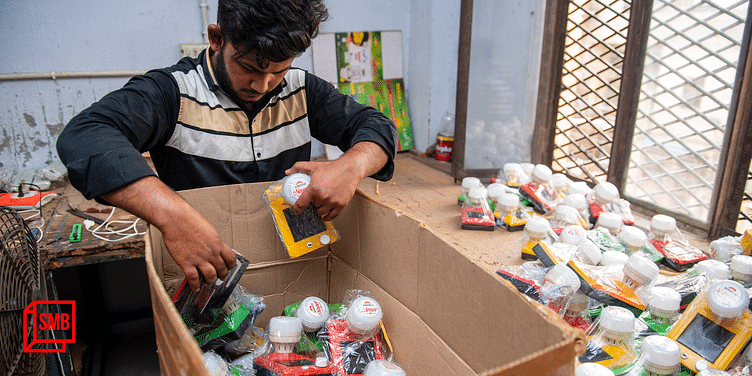 The government is also working to ensure that by taking advantage of the full potential of the MSMEs, their contribution to the Indian economy should be doubled.

Micro, small and medium enterprises (MSMEs) are among the most important pillars of India's economy and the government is working to make the sector stronger and more developed, said Minister of State for MSME Bhanu Pratap Singh Verma said on Monday, addressing FICCI's Annual MSME Summit

"We will also work to ensure that interrelationship between the MSME sector and other important pillars of the Indian economy are further strengthened as India grows," the minister added.

Verma urged the industry and other stakeholders to work with the government to make India a $5 trillion economy along with becoming self-reliant.

He said there are 6.3 crore MSMEs in the country which are providing 11 crore jobs.

"MSMEs contribute around 30% to our GDP and have a share of 50% of the income generated from total exports," he said.

Further, the minister said that the government is taking continuous steps to strengthen Indian MSMEs and PMEGP (Prime Minister's Employment Generation Programme), launched last financial year, was a step in this direction. Under this scheme in the year 2021-22, a total of 1.03 lakh new units have been set up in the manufacturing and services sector.

The government, Verma said, is also working to ensure that by taking advantage of the full potential of the MSMEs, their contribution to the Indian economy should be doubled.

"For this, we will ensure to remove the external barriers and provide strength to MSMEs in order to make India self-reliant.

"We are also working to develop the culture of becoming entrepreneurs in the youth, provide loans to MSMEs, improve their quality and increase their competitiveness to increase their efficiency," he added.

The minister also said that the MSME ministry is setting up various technology centres across India to support and strengthen the existing and new MSMEs. Apart from this, the government is also working with other organisations to help the MSMEs under the 'ZED' certification scheme (providing technology upgradation and quality certification), ASPIRE scheme to promote quality and innovation, Design Clinic, etc.

"The government has also launched the Champion portal which will provide all solutions at one place, and we will further promote the portal to make MSMEs more competitive. Through these schemes, we hope MSMEs will become more sustainable," he added.

B B Swain, Secretary at Ministry of Micro, Small and Medium Enterprises, said the sustainable development of MSMEs in the current scenario needs to entail enhanced access to finance and technology.

According to Swain, the government is working with the state governments to formulate a coordinated response to the issues faced by the MSMEs, under the 'Raising and Accelerating MSME Performance' (RAMP).

The secretary informed that Self Reliant India Fund, launched in 2020, has provided growth capital worth Rs 2,335 crore to 125 micro, small and medium enterprises to date.

Swain also shared that he was looking forward to initiatives like revamping of the Credit Guarantee Scheme for Micro and Small Enterprises, and full-fledged integration of Udyam, e-Shram, and National Career Service and ASEEM portals.

During the summit, the secretary stated that other keenly awaited initiatives include the setting up of technology centres, management information systems, formulation of national MSME Policy, and addressing quality issues through ZED certification and payment issues of MSMEs.

While enumerating the steps taken by the government to support the MSMEs, Swain stated that the government has extended non-tax benefits for 3 years in case of upgradation in the classification of MSMEs.

"Another scheme which has a lot of potential is the 'Self Reliant India Fund', which encourages the growth of the sector and has provided growth capital of Rs 2,335 crore to 125 MSMEs till date," he added.

R Narayan, President of FICCI-CMSME said that the potential of the MSME sector is huge and plays a big role in India's GDP. "We hope to see the MSMEs contributing to 40-45% of the economy," he added.