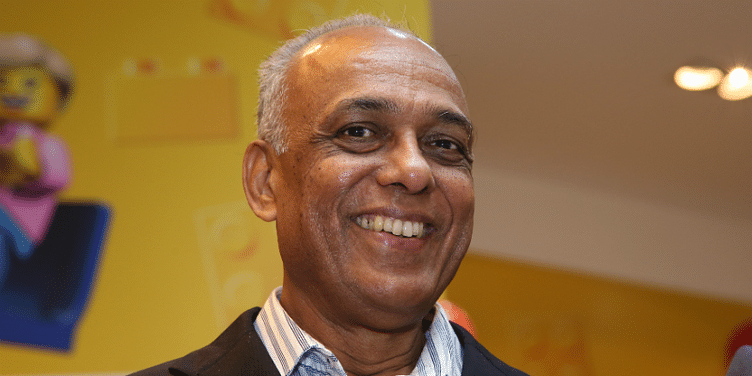 An extremely youthful nation, India - with its increasing spending power - has a rapidly growing market for toys. Research and Markets estimates that the Indian toys market was worth $1.3 billion in 2017, and is projected to cross $2.9 billion by 2023, at a CAGR of 13.9 percent during 2018-2023.

Consumers are moving towards innovative and electronic toys, and the changing market seems ripe for the taking. And who better to capitalise on this opportunity than a well-established player who knows in the ins and outs of the market?

Over the years, Funskool India has become synonymous with the word ‘toy’ in India’s middle-class households. Since 1986, the company has made strides in bringing branded toys to the Indian market. It has gained valuable experience along the way. Now, the Chennai-based company seeks to stay relevant and ride the changing nature of consumers in the toys industry.

“The toy industry has a bright future since 35 percent of India’s population is below the age of 14 and the per capita consumption of toys is one of the lowest in the world. Hence, the sector has a bright future,” says John Baby, CEO, Funskool India.

The Rs 250-crore business is the largest toy company of India with integrated design, research and development, manufacturing, marketing and distribution activities, according to him.

The company manufactures products under its well-known brands, including Giggles, Play N’ Learn, Fundough, Handycraft, etc. It also makes products of other reputed companies such as Hasbro and Tomy under a license. “We are also heavily into exports. The current year’s exports are estimated to be around 30 percent of the total business. By 2020, we are targeting 50 percent of business from exports,” Baby says.‍

From tyres to toys

One of the company’s greatest achievements is etching its name into the mindspace of consumers who used to buy unbranded toys. Back in the 1980s, high quality, branded toys were simply unavailable. During these years, Funskool Founder Ravi Mammen used to travel abroad quite often for business visits. His friends usually asked him to bring back branded toys for their children.

Mammen, the son of MRF Founder Mammen Mappillai, asked himself, “If Indian can make high quality tyres, why can’t we make quality toys?” Funskool was thus born out of the desire to indigenise the production of branded toys. It was established as a public limited company in 1986, and started production in 1988.

“During the initial years when we started production, buying branded toys was unknown in the country and we struggled to sell products,” Baby says. “It took several years of hard work and struggle to make operations economically viable. After continuously facing one challenge after the other, the company made a profit for the first time in 1994-95.”

The next major hurdle for Funskool was the discontinuance of the joint venture with Hasbro in 2014. This propelled Funskool’s own infant and preschool products that are designed and developed in-house. Diversification thus came from the need to aid child development.

“Parents have now begun to understand and associate the benefits of games and toys, be it infant and preschool toys or board games. The benefits are emotional and mental balance, development of cognitive and motor skills, logic and reasoning, and fostering team spirit and sportsmanship.” ‍

The business is now actively leveraging digital to acquire new customers. “In the last few years, apart from investing in traditional TV advertisements, Funskool has also pursued new social media platforms like Facebook and Instagram in an attempt to engage with a larger audience,” Baby says. However, addressing markets such as village fairs, temples, and church festivals is still difficult for the company.

“Funskool is different from the competition because it is estimated that 80 percent of the toys sold in India are imported from China and other countries. These are toys made to suit the culture and needs of children abroad, whereas Funskool R&D develops toys keeping in mind the developmental needs of our children, our cultural values, and educational needs,” he says.

Like any business involved in large-scale manufacturing, Funskool faces production challenges. “The biggest challenge of sustaining and growing business is in development of new products which requires heavy investment in tools and dies,” Baby explains.

Further, the development period for any new Funskool product can vary between one and two years. Identifying the right concepts and assessing the minds of the consumers is the next challenge Baby has identified.

He says, “The life cycle of toys is very short. Since our market size is small, the run sizes are also very small. Recovering investments in development of the new product in a short life cycle of the product with limited run size is a big challenge for every Indian toy company.”

He adds that setting up a business in the toy industry is not easy since the industry lacks support systems such as ancillary industries, R&D support, and infrastructure support. “Supplier management of toys is another major hurdle since we often depend on global sources for electronic parts, safe and quality paints, and some of the critical raw material. Cash flow and capital managements are, however, comparatively easy since majority of our business is done on a cash-and-carry basis and we make investments from our surplus,” he says.

The picture of the organised Indian toy industry that Baby paints seems bleak. However, there is huge opportunity if businesses can ace product development and pass on a cost advantage to consumers. “Development of new products is a big challenge for SMEs since recovering the tooling and development costs from the small markets is a difficult job,” he says. “China is a major exporter of toys for the world, and it has fantastic infrastructure for the toy industry, with lower raw material costs and cheap support services.”

For Indian toy manufacturers to compete with Chinese ones in the global market, there is an urgent need for the Indian government to support the industry and create employment for millions of unskilled and semiskilled rural individuals. With brands like Funskool leading the charge from India, the future looks bright for all parents and children experiencing branded, high quality toys for the first time.

This brother-sister duo turned their father’s loss-making business around, seeing 250 pc growth in a year

What has life taught you recently?