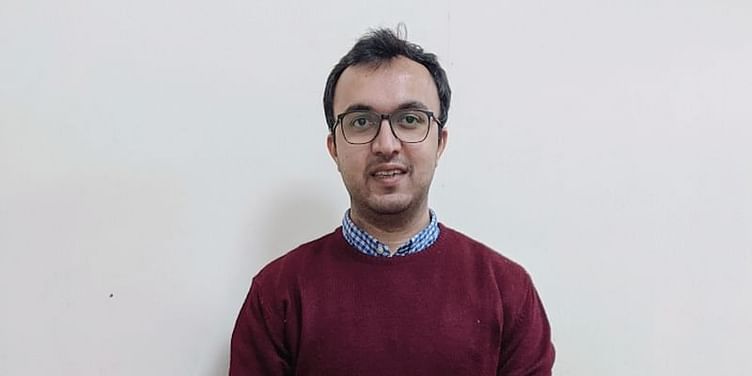 Wasif Mohd started Fresh Up Mattresses in 2016 to differentiate from the competition and capture the unorganised sector. In four years, Fresh Up has emerged as a fast-growing mattress brand in North India with over 250 employees.

When competition increased and margins narrowed for his family’s PU foam business, Wasif Mohd stepped up to take on an uphill task. The young entrepreneur had to figure out a way to revitalise MH Polymers – his family business that had been selling PU foam for nearly three decades.

PU foams have a wide range of applications in upholstered furniture, mattresses, footwear, etc. MH Polymers was meeting this demand through its B2B model.

It had an established PU foam production unit, and Wasif realised pivoting to a B2C foam mattress brand was necessary to boost revenues and increase margins. However, a large manufacturing business is not nearly as agile to pivot as a startup.

In 2016, Wasif created a small team of his own to start B2C mattress brand Fresh Up. Starting with two helpers and a capital infusion of Rs 15 lakh from the family business, Wasif began designing and manufacturing mattresses in Greater Noida, UP.

“It was difficult and expensive to setup a factory with brand new machinery. So we made some space in the existing foam facility, and acquired some second-hand machinery. I hired two helpers for Rs 8,000 to Rs 10,000 per month, and started making mattresses,” Wasif tells SMBStory in an interview.

Fresh Up made affordable mattresses starting at Rs 4,600, and decided to capture the unorganised sector for mattresses. In just four years, Fresh Up has emerged as a fast-growing mattress brand in North India with over 250 employees, and clocked a turnover of Rs 38.45 crore last year.

Wasif studied the market, and identified that the unorganised sector was dominant. On one hand, players in the unorganised mattress sector used cheap cotton to fill mattresses and sell the poor quality products at low costs. On the other hand, good quality mattress brands priced their products very high.

“There was a gap in the market for quality mattresses at reasonable prices. More than half of Indians didn’t use a good quality mattress. So, I decided to go after this unorganised sector by making affordable mattresses rather than compete head on with large brands in the organised market,” Wasif says.

Fresh Up started with foam mattresses and diversified into spring and orthopaedic mattresses. Wasif had seen that Indians, especially older people, preferred sleeping on hard surfaces, and foam mattresses were softer than spring.

The brand decided against venturing into coir mattresses as Wasif felt coir was losing its market share. “There are few factories making coir, and foam has replaced it,” he says, adding:

“Once we saw growth, we acquired new machinery. Today, we have the highest capacity for spring mattresses in North India. Overall, we have a production capacity of 2,500 mattresses per day.”

While Fresh Up achieved product-market fit and grew quickly, Wasif did not stop the B2B business of selling foam. He continued retailing foam to distributors who sold it to other businesses, including other mattress brands. “Despite not yielding much profit, the B2B foam model gives us a good rotation in terms of cash flow,” he says.

Over the last few decades, the demand for good quality mattresses in India has grown. Rising income levels, greater awareness about better products as well as the health benefits of a good night’s sleep are all factors associated with this increasing demand. The Indian mattress market is expected to grow at a CAGR of 10 percent, and is en route to reaching $2.5 billion by 2022, according to RedSeer data.

With large players such as Kurlon, Peps, Springwell, Coirfoam etc, and emerging startups such as Wakefit and Housefull, the branded mattress market is a fast-growing category.

Fresh Up was one of the last ones to enter the branded mattress market. When it did, most distributors and dealers were already working with other mattress brands.

Wasif realised Fresh Up needed to do things differently. He analysed what other brands were doing and what they were missing. He also began running exhibitions in residential colonies to understand what consumers wanted.

“For example, one thing we realised was consumers preferred darker coloured fabrics for the mattress. The mattresses available in the market used light coloured fabrics, which would become dirty faster. Darker colours concealed marks and dirt better. We incorporated this insight into our products and began using darker fabrics,” he says.

Innovating in a saturated market

Fresh Up increased the density of springs used per mattress so that consumers feel better supported while lying down.

“Our pocket spring mattresses are made up of High Density pocket springs. The number of springs per mattress is higher. This ensures firmness, better load bearing and pressure relieving properties. We are the first mattress brand in India to provide HD pocket springs,” Wasif claims.

Fresh Up employed a B2B as well as a D2C model for retail. In the B2B channel, it retails its mattresses through a distribution network of stores. The D2C channel sees it sell through its website and third party ecommerce marketplaces.

“For B2B, freebies are given to the end consumers, and incentives are given to dealers. For the D2C channel, we offer a 120 night, free trial so consumers can try the mattress at the comfort of their homes,” Wasif says.

Fresh Up has also built an app to help its distributors and dealers check the product catalogue, stay updated on offers, place orders and complaints, etc. The app is not an ecommerce portal to buy Fresh Up’s products as consumers purchase a mattress just once in eight to ten years.

The brand’s quick growth has come from its focus on Tier II and Tier III markets. Wasif maintains the disposable income in these markets is increasing, and word-of-mouth marketing is higher in these regions than in Tier I markets.

With Fresh Up’s vertically-integrated setup and consumers spending more time at home, the business did well during the pandemic and had a revenue of Rs 19.34 crore between June 2020 and October 2020, Wasif claims. However, challenges remain in the form of copied or duplicated products.

“Some of our best-selling mattresses are copied. A patent for the product is not possible. We can patent a special type of PU foam, some technologies and trademark some names. But the end product itself is not proprietary. Similar products with slight variations can be made,” Wasif explains.

Accepting it is a common phenomenon in the mattress industry, while the entrepreneur remains focussed on innovation and staying ahead of the curve. In the upcoming months, he hopes to see revenues of up to Rs 7 crore per month.

“This year, we are on track to reach Rs 50 crore to Rs 55 crore revenue. Next year, we will target Rs 100 crore. We are building a new facility to boost our production capacity by another 2,500 mattresses per day,” he says.

After crossing the Rs 100 crore mark, Wasif will look to raise external funding, either through an IPO or venture capital funding.