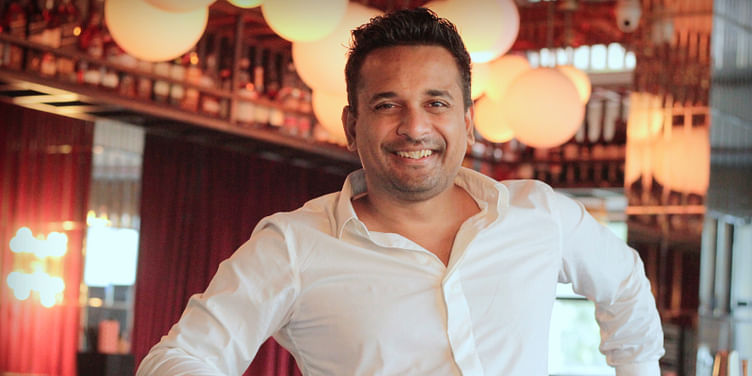 The coronavirus pandemic, which brought the entire world to a standstill, created enormous uncertainty in the lives of several people. The business ecosystem was no different.

Among the affected included Delhi-based interior-design firm Chromed Design Studio. For months after the lockdown, the company had no projects to work on.

Abhigyan Neogi, Founder and Principal Architect, shares there was a lot of ambiguity at work because “people were generally not in a mood to invest.”

However, one of the trends that were a result of COVID-19 is the concept of “second-homes.” People, especially those living in metropolitan cities, began relying on the idea of second homes to escape the hustle-bustle of city life.

This trend of people living and working outside the city was noticed by Abhigyan. He says that while he was able to sail through the challenges of paying salaries to employees, he used this time and opportunity to start a separate construction business based on the second home concept.

The construction business is in the nascent stage, shares Abhigyan. The real estate sector, which was among the worst-affected by the lockdown, will see some positive changes in the coming times. Several data reports also indicate the same.

According to property agent firm, Savills India, private equity investment in the Indian real estate sector may recover and garner inwards flow to the tune of $6 billion in 2021, registering a 30 percent year-on-year growth.

With this new venture, Chromed Design Studio is ready to join the bandwagon of a bunch of projects already operating in this ecosystem, including Ambi Valley, Auramah Valley, and ﻿Organo﻿.

“This is a hospitality and real-estate oriented business, wherein we will pick up lands and develop them into holiday homes,” he says. “People realised that if they have to work from home they can work from anywhere.”

So far, Chromed Design Studio has executed one project with hostel startup ﻿Zostel﻿for developing villas in and around Delhi. Abhigyan is also in the process of acquiring land in Goa and converting it into luxury holiday properties.

Keeping the real estate project aside, the founder also plans to take on more interesting projects.

He says, “The objective is to look forward to challenging projects where creativity is stimulated, demanding nothing but the skillset to produce extraordinary designs, twisting it with sustainable solutions.”

Abhigyan was working as an architect at Morphogenesis for three years when he received an independent offer to design a microbrewery in Gurugram. This led him to quit his job and dive into entrepreneurship in 2010.

Just 25 at the time, he was still living with his parents in a two-bedroom apartment. Abhigyan converted his room into a studio for him to work in and slept in his drawing-room.

This was where Chromed Design Studio started. Abhigyan tells SMBStory that his time at TVB School of Habitat Studies helped him understand how to implement aesthetics and further broaden his horizon in terms of innovation.

With Chromed Design Studio, he was able to marry aesthetics and innovation — something he was unable to achieve previously. The DNA of the firm, Abhigyan says, is “solution-oriented” rather than a simple design company.

He adds that customisation is one of the aspects the company bets on, and while it may have executed around 400 projects, “no two projects are similar.”

He also says that customers today not only seek design-related solutions but also business-related queries like rent, spending, technical, conditioning, plumbing, and kitchen equipment, etc., within the realm of residential projects.

Abhigyan explains that clients come to Chromed Design team either at the time of leasing a property or after. The company then starts working on the technical and design aspects of the project, calculates costs, frames a budget, and hires a third-party agency to execute it.

Once the styling and execution are complete, they document the entire project. The founder says they don’t have “any benchmarks” in mind while acquiring a project and readily take up “anything that is interesting.” On average, it takes six months to complete a project.

While he doesn’t reveal exact pricing, he says they are “mostly based upon the carpet area per square feet and as per industry standards.” He adds that other factors, including concept, the intensity of detailing the project with the man-hours necessary for its completion also affect the pricing of the project.

The founder claims the company has doubled its growth year-on-year since its inception. Some of its notable projects include INOX Insignia (Nehru Place, Delhi), ﻿Innov8﻿coworking space (Delhi), and several residential projects in Indonesia, Jakarta, the US, etc.

How D2C fashion has transformed the online fashion industry in India

5 famous Made in India brands we thought were foreign, but are not