This Gorakhpur engineer shows the way to eco-friendly funerals 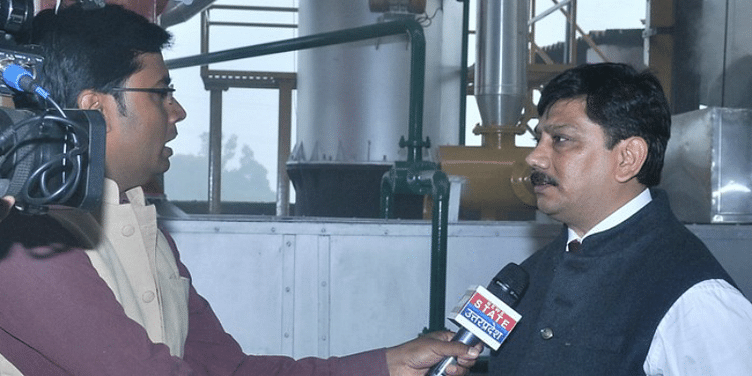 Millions of trees are cut in India every year to burn the dead. A traditional Hindu funeral pyre requires nearly 600 kilograms of wood to cremate a person. With rising pollution levels in India, a climate-friendly death seems to be the need of the hour.

Ajay Kumar Jaiswal (52) started Urja Gasifiers Private Limited to produce renewable energy and provide energy-efficient and eco-friendly products to the customers. An engineer and a technocrat, he started the company in 2013 in Gorakhpur, Uttar Pradesh.

However, he diversified and started manufacturing cremation systems. Jaiswal says, “At present, my focus area lies in the cremation system that has been developed with years of research. It is patented and is gaining acceptance among the Hindu community as it takes care of all their religious and spiritual beliefs.”

He says the market size of the cremation system in India is more than Rs 5,000 crore and Urja differentiates itself from the competitors in terms of its technology, quality, and price.

Jaiswal says, “We provide the simplest and cheapest way of cremation, which can be performed within Rs 800. It is wood-based cremation, but the wood consumption here is reduced by 70 percent.”

Talking about his business journey, Jaiswal explains, “We originally started in 2002 as ‘Rishi Pooja Energy & Engineering’ company. We developed our first product, the Biomass Gasifier, which converts agro waste into fuel, with low cost power and heat generation. As the availability of power was very scarce in our area, we used to supply these systems to the industries dependent on the DG set and they used to install the Biomass Gasifier and save the consumption of diesel by up to 75 percent.” The product is an alternative to non-renewable energy resources such as diesel and LPG.

The market price for the gas produced is just half of that of diesel and LPG. Jaiswal says, “It is good for power generation and furnace application in the industries. A litre of diesel can be saved by using 5 kgs of rice husk or 4 kgs of wood.”

In a short span of time, Jaiswal says the company established itself in the field of renewable energy and pollution control and for its quality of manufacturing, performance and after sales service.

Today, the business has an annual turnover of more than Rs 1.25 crore.

The company believes its major strength lies in the quality of its product design, customer care, and after sales services, and for this purpose, the company has a very strong team of engineers and technicians.

The biggest learning that Jaiswal says he gained from his business journey is the diversification of the products and the services. “Managing critical areas such as supplier management, cash flow management, and capital management became easy through his experience and also through digital marketing and sales,” he adds.

He says, “All our customers are happy and are aware of the advantages of the new system of cremation and the environment and society in general has benefited with our eco-friendly technology that does not create any pollution.”

But changing the traditional cremation system was a challenge. He says, “Changing the mindset of people around us was an uphill task. When it is related to important life events such as death and cremation, people tend to follow the old and traditional way because of their beliefs. Even the highly educated are against the use of machines as they feel it is against their religion.” 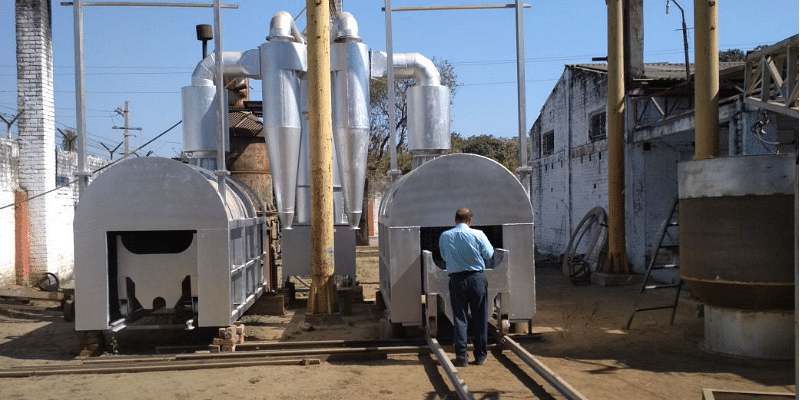 He adds, “We did a lot of research and spent a lot of time to bring out the best way which would be in accordance with the religious practices and spiritual beliefs, plus it is eco-friendly and energy efficient at the same time,” he says.

Jaiswal feels the government’s help is necessary because it has been establishing the electrical and LPG cremation systems for the last 50 years. But in reality, it is neither getting accepted nor being utilised by the people and the entire funds are getting wasted.

Looking at a green future

Jaiswal believes that each and every single energy problem in India has a renewable energy solution.

Talking about his future strategies and plans, Jaiswal says, “We are dreaming high and our current project is very promising as it is developed keeping in mind the sentiments of the people. We are looking to start a joint venture for a business of Rs 5,000 crore in five years. The company has also signed an MoU with Madan Mohan Malviya Technical University (MMMUT) and IIT (BHU) for various R&D projects and technology upgradation.”

Jaiswal feels that today people are not patient enough to become social entrepreneurs. He says, “What I do, I don’t consider it as a business, it is social entrepreneurship. The benefits and advantages will take time to come up and everything should not be entirely profit driven. Entrepreneurs must contribute to the environment and the society as well.”