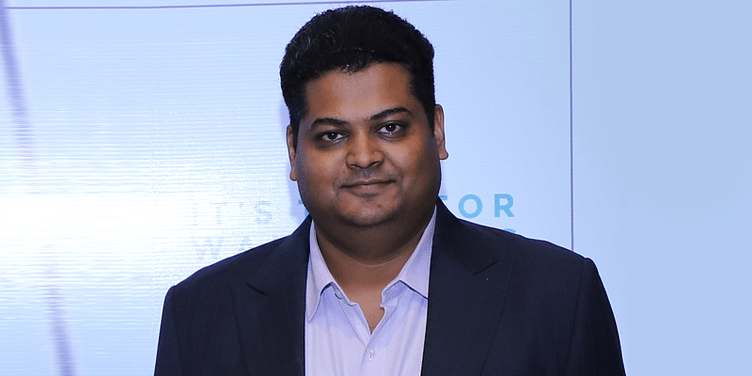 Madhur Goel, founder of STENNA wallpapers, says the ban on wallpaper import in 80s encouraged domestic manufacturing and now the company produces 1,200 varieties of wallpapers and has tied up with 2,000 retailers.

When you enter a room, the walls greet you first before anything else. And when we think about splashing different colours on our walls, how many of us have actually contemplated and then hesitated on the idea of using wallpapers?

House of Decor, founded in 1981 in Delhi is an almost four-decade-old brand founded by Rajesh Goel and the second wallpaper company in India that is trying to make a big impact in the still-nascent Indian wallpaper market. In 2018, the company opened a vertical called ﻿STENNA﻿.

STENNA derives its name from the word ‘stena’, which means wall in Russian.

SMBStory spoke to Madhur Goel, Founder of the company, who gave a glimpse into the untapped wallpaper market in India.

Madhur says that his father, Rajesh Goel, started the business in 1981 by investing Rs 25 lakh. He started importing wallpapers and his company was at the second spot in this domain in India.

In 1983, then Prime Minister Indira Gandhi had banned import of certain goods to promote domestic manufacturing. This included the banning of wallpapers as well.

That is when Madhur’s father took a loan of Rs 1 crore to set up a manufacturing unit in 1986. He brought a rotary screen machine from Europe to manufacture a sophisticated quality of wallpapers. The ban turned out to be a blessing in disguise as it reduced foreign dependence and encouraged domestic manufacturing. The base material, however, is still sourced from Finland and Germany.

Today, the company which produces a wide variety of 1,200 wallpapers in its manufacturing unit in Bewari has tied up with 2,000 retailers and clocks a turnover of approximately Rs 25 crore per annum.

Madhur joined the business in 2008 after working with General Electric as a software engineer. Even though STENNA had enjoyed monopoly for several years, when Madhur entered, he found that the market had become competitive as smaller players were emerging. “Earlier we did not worry about sales because people were always coming and buying. But when I came in, there were many importers as well as players.”

Madhur also realised that there was more demand for imported wallpapers as compared to Indian wallpapers because customers are always looking for variety.

He began researching and arrived at the conclusion that the taste of Indians differed from place to place. He realised that diversity played a key role in determining the market for wallpapers in India.

He says, “We realised that everybody has his or her own taste of colours. Europeans like cooler colours but in India, we like warmer colours. Within India too, there are myriad tastes and preferences. For instance, customers in Chennai like dark colours like purple, people in Punjab prefer bright colours like golden or red, and people in Mumbai and Bengaluru have minimalist choice of colours like beige and white.”

In addition, STENNA started buying designs from Europe and gave the designs to different companies to manufacture on different fabrics. “This was something no other importer was able to do because they had no knowledge of manufacturing,” explains Madhur.

All the changes resulted in good progress as the business volume grew making STENNA a top player in the market.

Another aspect that changed the face of this traditional business was the digital revolution, says Madhur. In the year 2017-18, he says, they realised that the customers weren’t satisfied enough. The Indian wallpaper market was suffering immensely from lack of awareness and knowledge. Madhur says, “Nobody was talking about quality or services in this space. That is where digital marketing helped us in spreading awareness.”

Some of the myths around wallpaper that Madhur busts are that wallpapers peel off, are not washable or the washable ones are very expensive. “We started giving guarantee to our customers to credit the quality of our wallpapers because a lot of other players in the market were using harmful chemicals and inks while creating the wallpapers. In addition, all our wallpapers come with a 3-year warranty.”

Social media and customer feedback on its website helped STENNA directly connect with its customers. “Usually, we gave sample books to our distributors in every state who shared it with retailers who in turn shared it with customers. But now we are trying to remove this barrier and trying to directly connect with our customers through online platforms so that we are able to directly convey our company’s USP and bust some myths surrounding wallpapers,” he clarifies.

Among other players in the market, Madhur considers only Kolkata-based Excel as its competitor. Madhur says that their target group includes the middle-class or bourgeois and the wallpapers are priced from Rs 40 per square foot onwards. He says, “Other players like Nilaya or Marshall are very expensive. They will do one wall for Rs 1 lakh, whereas our aim is to do the same within Rs 10,000.”

Sharing the company’s future plans, Madhur says that they are focused on making everything in India, their goal. They are also planning to introduce digital printing on wallpapers with embellishments.