What young India wants from its next Prime Minister 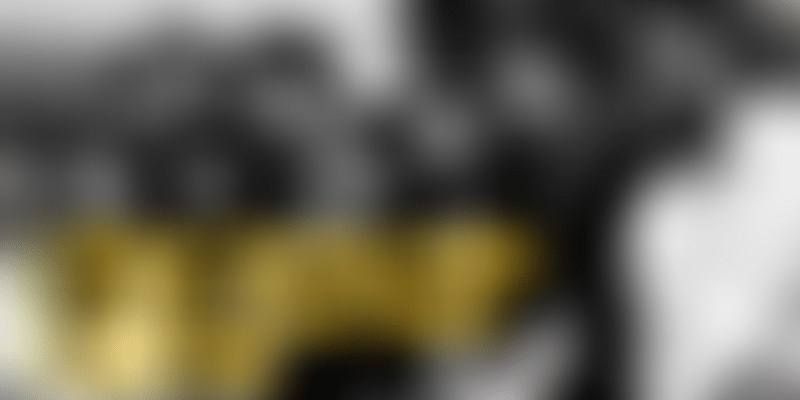 The 16th General Elections are upon us, so we asked young Indians what they are looking for in their next leader.

"A leader with a spine, strategically inclined towards the nation's goal. Leveraging the amazing demographic diversity and definitely liberal in his/her thoughts and decisions," says Debanjan Biswas.

My question to the 28-year-old Product Marketing Analyst at Dell was a simple one: 'What do you want from your next Prime Minister?' His response? "I am asking for utopia!"

With the 2019 General Elections upon us, citizens all over the nation are voicing their opinions louder than ever.The NDA and UPA might be making promises and campaigning across the country, but the 16th Lok Sabha elections are much more than just 'BJP vs Congress.'

YourStory spoke to youngsters across the country to understand what they are expecting from their next Prime Minister.

Rumours are that the next recession isn't too far. In fact, we are already feeling the beginning of its waves in India.

Earlier last month, around 4,607 MBAs and engineers had applied for posts of sewer and sanitary workers in the Tamil Nadu Assembly. Media reports stated that the requirements for the 14 posts were not much - one just had to be able-bodied.

But is creation of more jobs the end of the unemployment nightmare?

Shinjon Chatterjee, a 23-year-old student of ISI Kolkata, believes that we need a complete revamping of the primary and secondary education system.

"The syllabus should be more practical. The PM should be encouraging higher education institutes to collaborate closely with domestic and international industries alike," he says.

He adds, " The commercialisation of education should be controlled and recruiting more teachers will also be helpful, given that there is a huge mass of educated but unemployed youth at the moment."

Surprisingly, young India is not just concerned about making money.

"India should be a country where there is value for talent and high scopes of research," says 21-year-old Barnak Mukherjee, a BTech student from Durgapur.

More importantly, "The next PM should be educated so that he/she has a wider perspective and horizon about everything," says Shaiqa Jannat Ahmed, a 23-year-old student of marketing communications in Kolkata.

Amid heated conversations on what's compulsory and what could be an additional benefit, most agree that there should be simpler financial policies.

Not many seem to be too keen on the new Foreign Direct Investment (FDI) rules.

"There should be a taxation regime relaxation for the middle class population," she adds.

Anirudh SK, a 22-year-old journalist at Mumbai, is of the opinion that the next PM should welcome investments for fully electric vehicles from foreign countries.

Shinjon adds, "We need a system of electoral bonds that establish transparency and taxing party incomes that go too high."

Recognition of the LGBTQIA+ community

In September 2018, the Supreme Court of India declared that Section 377 should not apply to consensual homosexual sex, decriminalising homosexuality – a great win for the country’s LGBTQIA+ community. Despite several pride marches and heated discussions over social media, the country still has a long way to go for same-sex relationships to be normalised and for LGBTQIA+ individuals to not be treated differently.

"Just because Section 377 was scrapped doesn't mean things have changed. We are facing more discrimination and violence day by day," says 19-year-old Sasha Ranganath, a student, (who identifies as non-binary).

They feel that the younger queer community of the country needs more recognition. "We want strict laws in for violence against queer people," Sasha adds.

Freedom of speech and more

Some expectations have not changed over the years.

The power of speech and journalism have been jeopardised time and again. And now, in the age of social media and trolls, there is an urgent need of absolute freedom of speech.

Similarly, the need for absolute safety for women and children continues to be on everyone’s wish list.

With multiple reports of rape and molestation on our television screens, newspapers and mobile devices every day, any Indian woman has to think twice before stepping out of the house alone even today.

Besides these changes that young India is looking for, a few had some interesting demands from the next PM of India:

"First of all, update those and stop ignoring it. It has been ages since they have amended the animal laws and India needs proper animal laws,” says 23-year-old Sreemoyee Mazumdar, a dog lover and a student of Law at the University of Calcutta.

"Gigs should be allowed until 4am instead of the current 1 am limit,” says 24-year-old Sidhantha Jain, an electronic dance music lover and a Senior Associate at JioSaavn.

"To not ban PUBG!" says 26-year-old Arnab Sanyal, a dental surgeon from Purulia.

Kamalika Ghosh (28), Associate at Cognizant,feels that her wishes are too ideal but believes that one shouldn't stop wishing.

She says, "The next PM should work on real developmental issues and not distract or get distracted by unimportant issues related to religion or national ego-boosts. He/She should not play minority or majority politics but reinvent unity politics."