Living with Lupus: stories of patients that will inspire you

On World Lupus Day, observed on May 10 every year to promote public awareness about the disease, these stories of a few Lupus patients will make you understand what courage in the face of pain looks like.

Whenever someone asks me to explain what my condition is, I tell them, “It’s the same as what Selena Gomez had,” and they go “Aah. I know Lupus.” Until then, it usually feels like I’ve lost them in the details. Because there’s plenty. It took several months to figure it out myself.

Lupus is an autoimmune disease that affects one in every thousand people in India, out of which 90 percent are women. An autoimmune disease means that one’s own immune system, which should protect us from germs and diseases, starts attacking healthy cells in our bodies. It basically means ‘self-destruct’ mode. Cruel, isn’t it? Well there are more than 80 types of autoimmune diseases discovered so far, and one of the most destructive of them is Lupus.

There are four types of Lupus: one affects only the skin, another can be drug induced, but it generally disappears soon after the medication is stopped, and the third one is neonatal Lupus among infants whose mothers have Lupus. The most common and life-threatening one is Systemic Lupus Erythematosus (SLE), which targets various organ systems in the body including nerves, skin, blood, joints, heart, kidneys, lungs, liver, and brain.

This sounds like way too much happening in one person’s body, but that’s precisely why SLE is often misdiagnosed or delayed, leading to severe organ damages. This requires intensive treatment including chemotherapy, high dosage corticosteroids which come with hugely destructive side effects, immunosuppressive drugs and anti-malarials to combat the constant threat of infections.

These complex treatments, frequent check-ups, and unexpected hospitalisation result in catastrophic health expenditure for patients. Fatigued and plagued with multiple diseases, many of them are unable to work and have a hard time rehabilitating, given that Lupus is not listed as a ‘critical illness’ by insurance companies, nor recognised under the ‘Persons With Disabilities Act’ as it is in many countries including the US and the UK among others.

This World Lupus Day, I’d like to share the stories of a few Lupus patients that will make you understand what courage in the face of pain looks like.

Vachasamrita Saiju was only 14 when she was diagnosed with SLE. With a rare case of serum reactions, her body often severely rejected the interaction of multiple medicines. Due to intensive immunosuppression treatment, she contracted cerebral meningitis with a series of Lumbar Punctures, which nearly disabled her.

However, she and her parents decided to walk out of mainstream schooling to do what she loved. Fast forward to five years, she has connected Lupus patients all over India! Along with her doctor and fellow Lupus patients in Kerala, sheco-founded the Lupus Trust India, which is the first organisation committed to addressing the needs of Lupus patients in India. The organisation financially supports patients falling in the below poverty line (BPL) category, and actively lobbies for health benefits among policy makers and government authorities.

Saiju, who is now 18, still continues to battle Lupus despite being the first patient in India who has taken ‘Benlysta’, the most advanced Lupus medicine developed so far. She advocates everyday and inspires other Lupus patients to take up the cause for better healthcare and improved job prospects for the chronically ill.

Dr Indu K Gopi survived six brain seizures in one night. Her Lupus journey has been a long one starting from terribly delayed diagnosis that led to severely damaged kidneys, and then spreading to neuropsychiatric complications. Today, she is a public health professional in the Kerala government’s health sector, and is one of the founding members of Lupus Trust India. Along with other trustees, she takes awareness classes in several institutions, visits critically ill Lupus patients, and works tirelessly for the cause.

Sarath Lal VK is one of the miniscule 10 percent of men with SLE in the world. Three years ago, he went through a terrible situation where he couldn’t concentrate on anything and suffered persistent insomnia and fatigue. He had to quit his studies and forfeit working. But then, he picked himself up and sought out stories of Lupus patients from the internet. Today, he understands why Lupus awareness is important - not to earn sympathy, but to help other Lupus patients who are too confused and ignorant to get better.

Shambhavi Chaudhary was in her final year of engineering when Lupus struck hard. She was diagnosed with the most aggressive type of kidney disease, Lupus Nephritis class 5. This was immediately followed by pleurisy (lung complication), and she spent four excruciatingly painful days in the ICU. Discharged eight days before her final exams, she still managed to go back to college, and scored 80 percent. Despite being asked to take a year’s break before starting to work, she pushed forward and today holds a steady job. She actively advocates for Lupus awareness on social media and inspires many people with the story of her strength.

Most Lupus patients would have similar stories to tell, and this is why we unabashedly call ourselves ‘Lupus warriors’. Despite how serious and common the disease is in India, it is the first-time people, who happen to be Lupus patients themselves, are coming together at a huge scale to advocate and spread awareness. The first ever Lupus awareness walk in Bengaluru will take place on May 12,2019, with free registrations here. Whereas, the Lupus Trust India will organise its annual walkathon and World Lupus Day event in Kerala. 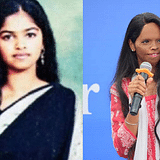 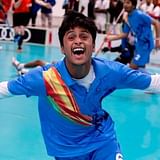 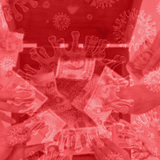 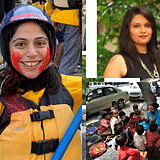 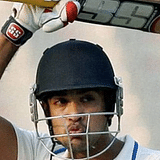 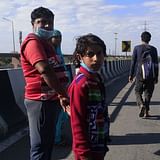 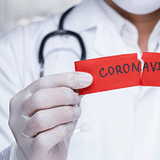 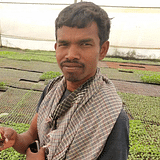