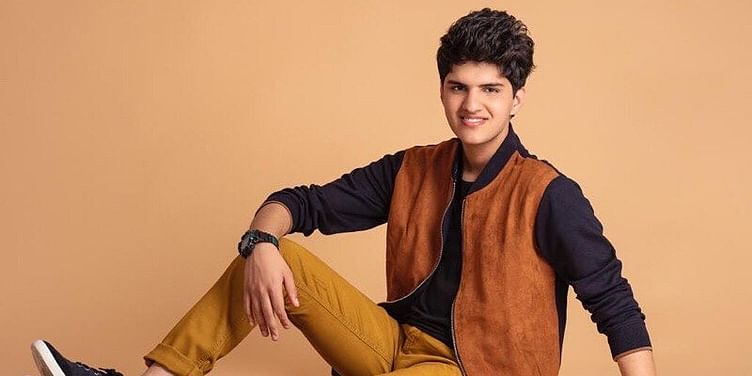 Pranav Bakshi embraced autism as his superpower at an early age, and found his calling in modelling.

According to WHO, one in every 160 children worldwide is affected by Autism Spectrum Disorder (ASD). It is a neurological condition where most children have a hard time speaking in the public or become extreme introverts or extroverts.

While a person with ASD might have a specific difficulty in certain areas, they also tend to get very interested in particular subjects. And displaying this ability to be an inspiration to many others like him is Pranav Bakshi from Delhi.

The 19-year-old recently made headlines by becoming India’s first model with autism. Pranav has walked the ramp for a few well-known fashion labels.

How can the education sector cater to children with special needs

Speaking to Efforts For Good on his modelling skills, his mother, Anupama Bakshi, said,

“It amazes me how effortlessly he catwalks on that ramp or poses for the photoshoots. With no prior experience, and while combating his health conditions, he has done so much. I am super proud of him. He says he wants to be a supermodel forever.”

Pranav has 40 percent disability, and suffers from echolalia and anxiety, but nothing seems to stop him from achieving his goal, reports News 18.

“Sorry if the video quality is not good. This was my first ramp walk in 2016 for ‘Walk with A Difference’ in Bengaluru. I got the title of Mr Charming. There were so many contestants I was competing with to walk the ramp. I danced for the first talent round to Watch Me by Silento because it was my favourite song at that time. My sister taught me some steps. I also loved visiting the UB City Mall, I think it’s awesome.”

But things weren’t always as smooth for Pranav. He was born a healthy baby and did not showcase any signs of autism until he was two years old. Pranav’s condition would suddenly become serious, and his health would deteriorate immediately. Anupama said,

“At those times, I would pray for him to just live. The fighter that he is, he overcame all of it and look at him today. Alongside modelling, he has an intense passion for dancing and incredible know-how of music. He also has a knack for photography, making sure to get the perfect angle, focus, and timing every time. We would often find him dancing his heart out in the middle of the night. I guess that’s how he can adapt so easily to the pulsating beats while walking on the ramp,” reports Efforts for Good.

Rare metro ride to pick up a cousin from ND railway station. Time to have a summer blast. We will watch Godzilla and go dancing. Trying not to miss my fitness session😝😄 What is your weekend plan?

Pranav found his calling for modelling at his therapy sessions. Anupama recalled that three years ago Pranav attended a theatre workshop as part of the creative therapy.

“There, the organisers introduced him to the concept of ramp walk and he fell head-over-heels in love with it,” she added.

Following this, Anupama started sending hundreds of emails to modelling agencies to represent Pranav as their model. Unfortunately, not many replied.

Speaking of his determination, Ninja Singh, a supermodel, and the founder of Pranav’s modelling agency, told Efforts For Good,

“When I met him, I found him fascinating. Even though he is new to modelling, he has already got an amazing exposure. He is very excited about all of this. Fashion is not about clothing or styling, it’s an art in which Pranav has every potential to be a perfect artiste.”

Do you have an interesting story to share? Please write to us at [email protected].To stay updated with more positive news, please connect with us on Facebook and Twitter

How an Indian-origin man studied the law to successfully sue the gym that mocked him for his au...

These kids with learning disabilities are promoting organic veggies across Hyderabad, and picki...