This IAS officer from Meghalaya walks 10 km to buy organic produce, inspires others

IAS officer Ram Singh walks 10 km to a local farmer’s market to buy produce every week. He has also banned the distribution of sweets in his office to promote a healthy lifestyle.

When Greta Thunberg, a name synonymous with the fight against climate change confronted leaders with her passionate and emotional speech at the UN Climate Summit held in New York on Monday saying, “How dare you?” of the rising temperatures and sea levels, melting glaciers, polluted rivers, unbreathable air and forest fires, she was but asking why a child should bring this to the notice of world leaders.

As the climate change discussion reaches its peak, it is time that each one of us takes the onus to do something. If we change a few aspects of our daily habits - use public transport, cloth bags over plastic, etc, the collective gain will be the Earth’s gain. IAS officer Ram Singh believes in this philosophy implicitly.

And he walks the talk too. Ram, who is the deputy commissioner of West Garo Hills, Meghalaya, walks 10 km every week to source organic produce from local farmers. Unlike the supermarket-happy shopper, the lean and fit officer also refrains from using plastic bags, instead, he has a bamboo basket slung over his shoulders.

Speaking to East Mojo about his eco-friendly rituals, he said,

“Many complained that it was difficult to walk carrying a load of vegetables. I suggested they carry a ‘kokcheng’ (a local bamboo basket) which also helps fight the plastic menace. But they just laughed it off. So, my wife and I headed to the market carrying a bamboo basket which I found very helpful in many ways. Many of the youth today aren’t fit and fine. I feel that they should start walking and control their diet too.”

According to a report in the Indian Express, Ram, who hails from Himachal Pradesh, has been serving as deputy commissioner since December 1, 2017.

“21 kg of weekend organic vegetable shopping, No plastic, no vehicular pollution, no traffic jam, Fit India, Fit Meghalaya, Eat Organic, Clean & Green Tura, POSHAN, 10 km morning walk,” is what Ram posted on social media while sharing pictures of his weekly forays. It also included a photograph with his wife and child walking alongside.

In addition to promoting a sustainable lifestyle, Ram also believes in fitness. To this effect, he walks to the market to promote fitness and combat the traffic in Tura town, setting an example others can follow. He has also banned the distribution of sweets in his office for a healthier lifestyle. He has been doing this for the past six months, according to reports.

A man whose initiative has inspired others, Ram believes, “Modern challenges need traditional solutions. If we go by traditional ways, we can stay fit,” he said in a report by NDTV. 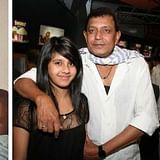 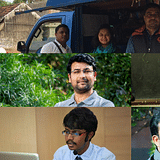