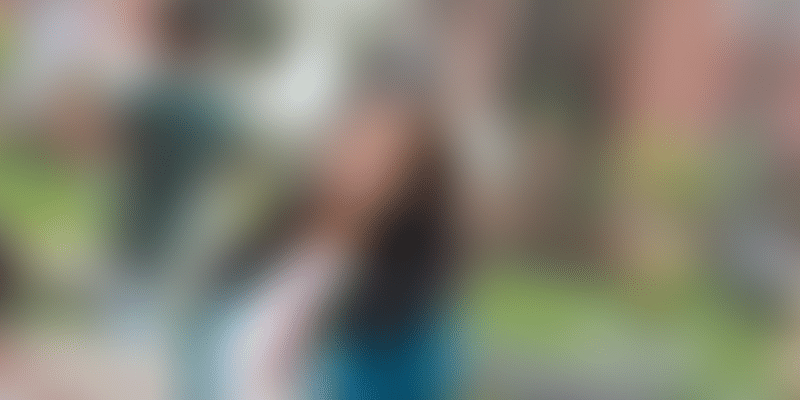 Radhika Joshi, the Founder of The Second Chance Project, is using creative interventions to spread awareness about organ donation in India. The initiative has partnered with 10 other organisations, sensitised more than 900 individuals, and registered 100 donors till now.

Radhika Joshi always wanted to help bring about change. At the age of 17, she underwent a monumental loss: she lost a loved one to kidney failure.

While conducting research on organ donation in India, she realised that every year, about five lakh individuals lose their lives due to the unavailability of organs. Only 0.86 percent per million people donate their organs due to countless myths surrounding the cause and lack of awareness.

Radhika wanted to do something about this pressing problem, and - at the age of 18 - founded The Second Chance Project.

Organ donation: a taboo in India?

There are an estimated 1.5 lakh patients in critical condition who require life-saving organ transplants; of these, 5,000 receive donated organs. Of the 5,000 donated organs, about 200 are from cadaver donations. Often a single patient waits for a period of three to four years for an organ, but in vain. In fact, prior to 1997, there was only one documented case of successful organ donation in India.

Organ donations are low in India due to several reasons. First, there is an acute lack of awareness among the public, patients, and physicians on the conditions under which organ donation is possible. As the issue is not often discussed in the appropriate context, only a few are encouraged to consider organ donation as an option. Second, very few hospitals in India are qualified for organ extraction, and even fewer have the skills, facilities, and equipment to carry out transplants.

Radhika, along with the six team members from her platform, is using creative interventions to spread awareness about this cause. They use innovative, easy to implement and cost-effective methods such as information sessions, street plays, and art.

The Second Chance Project has recently started making the use of organ donation aprons, by sticking pictures of various organs that can be donated on simple kitchen aprons. This is especially useful when there is a lack of infrastructure in different schools they operate in.

The platform focuses on the youth as Radhika sees them as more open minded about discussing such issues, and feels they can play a part in influencing their and friends. The platform conducts sessions in three schools, five colleges, and one café on a monthly basis.

The support, team, and the future

The Second Chance Project has six core members, including Radhika. The team members are geographically spread across the nation. The team is very dedicated towards the cause, as they believe in second chances for organs that perish along with each individual. They manage research, technical and web-related aspects, social media and management of events, along with volunteering.

At present, they are working in Maharashtra and Uttarakhand, and are planning to expand across India by involving more young people.

Since day one, Radhika has had the support of her family. However, they were a little apprehensive about Radhika working for a cause like organ donation, as there were various news about organ trafficking and kidney rackets in media. Later, they understood the need for such a programme and have been the backbone of the venture along with her team members.

Four men to cycle 4,500km to spread awareness about organ donation across country

Radhika’s idea of beginning a programme was inspired by her mentor and elder sister, who is the Founder of Mission Sanskar, an initiative addressing menstrual health and hygiene.

Radhika’s ability to empathise and her entrepreneurial spirit was recently recognised by the Ashoka community. She is currently part of the world's largest network of Social Entrepreneurs and Changemakers as an Ashoka Young Changemaker.

Sensitisation at its best

In every session, a post- and pre-survey is conducted to understand the level of awareness they spread, which helps the team to improvise and learn more about the audience.

The impact is measured based on 'the number of people sensitised, the number of individuals registered as organ donors, and those interested to volunteer for the cause'.

Registration is done with the help of Mohan Foundation, which then sends an email to the registered donor with a donor card. The registration is recognised by National Organ and Tissue Transplant Organisation (NOTTO). However, the process does not stop with just registering as donors, but also takes into consideration the immediate family’s legal concern.

Through its initiatives, The Second Chance Project has been able to sensitise more than 900 individuals, and about 100 donors have been registered. They have also partnered with 10 other like-minded organisations like Mohan Foundation, NSS, and Rotaract, which also help people register as donors.