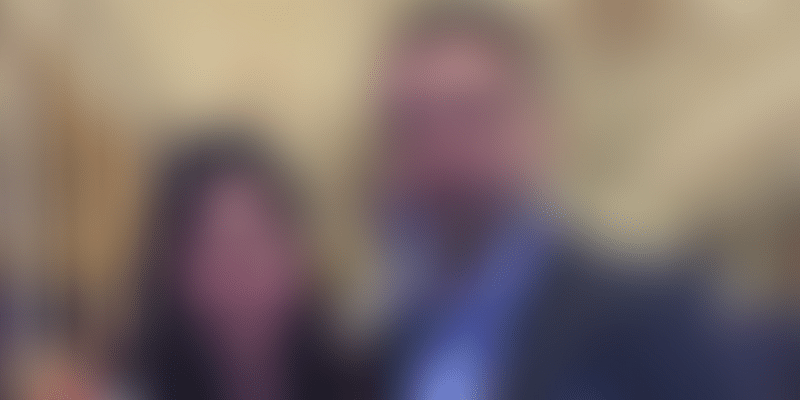 Founded by Monica and Arvind Vohra in 2013, Leukemia Crusaders supports children suffering from cancer by collaborating with hospitals and providing funds for treatment.

However, Lokesh’s life came to a standstill when his 14-year-old son, Dushyant, was diagnosed with acute myeloid leukaemia in 2018. With his meagre earnings, Lokesh knew that funding the treatment would be problematic. Just when clouds of despair began shrouding Lokesh and his family, the hairdresser spotted a sign of hope.

“When I was shuffling from one hospital to another, I got to know about Leukemia Crusaders. The initiative was being run by BansiVidya Memorial Trust, a Delhi-based charitable organisation. Not only did it help me pay for my son’s year-long treatment, but it also gave me the strength to go on. From being on the ventilator after his fourth chemotherapy session to now going to school like any ordinary kid, it all feels like a miracle,” Lokesh Kumar tells SocialStory.

It is estimated that around 70,000 to 80,000 new cases of childhood cancer prop-up in the country every year, of which 40-50 percent report leukaemia cases. While the survival rate in most developed countries is between 80 and 90 percent, India is still in the range of 36 to 53 percent.

To improve this scenario, Leukemia Crusaders collaborates with hospitals and healthcare centres to provide financial assistance and extend emotional support to underprivileged families. In the last seven years, the initiative has backed more than 1,475 children in 40 hospitals across India.

Off to a flying start

A consultant and a serial entrepreneur, Arvind is credited for building the Gionee brand in India. Monica, on the other hand, is a Human Resource professional who has worked with renowned organisations like HCL and Reliance.

The duo was at the peak of their careers in 2011 when their younger son Aaryan was detected with a malady.

“It all started when Aaryan began experiencing bouts of fever, loss of appetite, and some pain in his limbs. All these symptoms continued to show up for quite a few days. That was when we decided to get various medical examinations done. After about six to eight months, we were told that he had leukaemia – a type of cancer that directly affects the production of blood cells in the body. Arvind and I were in a state of shock, and it took us a while to come to terms with his condition,” says Monica Vohra, Managing Trustee, Leukemia Crusaders.

The couple immediately admitted their five-year-old son to Apollo Hospitals in Faridabad, Haryana, where he underwent intensive treatment for nearly three years before getting cured. Arvind and Monica had spent days pacing across hospital corridors, paying medical bills, and researching about the disease.

“During this time, we realised that a lot of parents in India were abandoning their children once diagnosed with leukaemia. They were neither aware of cancer nor its cure. Besides, people belonging to economically weaker sections of society gave up, owing to not having money to fund treatments. We wanted to put a stop to such incidents. That was when both of us resolved to set up a charitable trust and kick off Leukemia Crusaders,” Monica adds.

Cancer — it alters your life but it's not the end

Arvind and Monica initiated the cause by pooling in their funds. However, individual and corporate donations became a regular affair much later. Over time, the duo also managed to partner with more than 40 hospitals across various cities in India, which includes Apollo in Chennai, AIIMS in Delhi, KEM in Mumbai, and Tata Medical Centre in Kolkata.

“We entered into MoU’s with a slew of hospitals after looking into certain parameters like infrastructure, patient inflow, the expertise of doctors and medical staff, etc.,” Monica adds.

Leukemia Crusaders follows a simple and streamlined process. When a low-income family approaches any of these hospitals for diagnosis or treatment of their child and the ailment is confirmed to be leukaemia, the doctors recommend them to consult Leukemia Crusaders.

Within 48 hours of receiving the request, Monica and Arvind’s six-member team verifies the claim and transfers the funds required for treatment directly to the hospital in instalments. The medical staff, in return, constantly shares the reports, bills, and status of the beneficiary to ensure transparency. The average cost of remedy for leukaemia ranges anywhere between Rs 30,000 and Rs 75,000.

“We are aiming to expand our efforts further. Leukemia Crusaders presently operates in about 17 states, but the goal is to make this pan-India. Another aspect which is a cause of worry is the low level of awareness among people concerning the cure of leukaemia. We are planning to address this soon by organising unique awareness campaigns throughout the country,” Monica says.

Saving the lives of children

Even today, Monica and Arvind identify with every family that walks into the hospital after their children are diagnosed with leukaemia. The couple was able to save their son Aaryan, owing to their awareness and stable financial position. They wanted the same for others.

“Children are the future of India, and it doesn’t make sense to give up on them due to lack of funds. Every child has a right to live, and Leukemia Crusaders is our vehicle to achieve this,” Monica concludes.