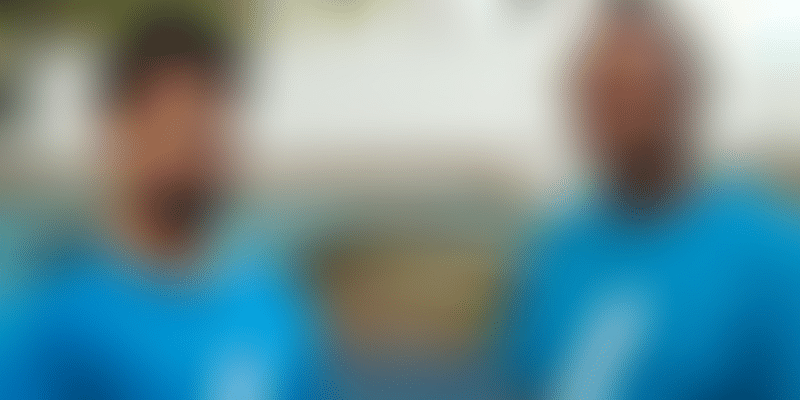 Foundation for Environmental Monitoring (FFEM), a non-profit organisation, has developed easy-to-use kits which help in detecting contaminants and chemicals with the help of an Android mobile application.

According to WaterAid, an international non-profit organisation, around 94 million individuals in the country do not have access to clean water. This, in turn, is having a detrimental effect, especially on children. Every day, at least 166 kids under the age of five are losing their lives to diarrhoea because of poor water quality.

Soil, on the other hand, is not any less contaminated. Prolonged use of chemicals and fertilisers, as well as mining, improper waste disposal, and excessive tillage, have affected vast stretches of land. It is estimated that nearly 147 million hectares of cultivable land in India are under massive threat of soil degradation. Agriculture, with soil and water at the heart of it, sustains life on Earth. With the deterioration of soil nutrients, farmers are paying a price in the form of poor yields, low productivity, and ultimately paltry earnings.

Alarmed by these facts, a team of five enthusiastic individuals – Samuel Rajkumar, Saurabh Levin, Sushant Bamane, Pradeep Balkunde, and Nischal Halery, came together and started an organisation called Foundation for Environmental Monitoring (FFEM), in 2017. The non-profit organisation has developed easy-to-use app-based water and soil testing kit. The kit helps in detecting contaminants and chemicals in water and soil with the help of an Android mobile application.

“Testing the quality of water and soil is significant in today’s times because it helps identify contaminants. Presence of hydrocarbons in soil and certain harmful elements in water poses a major threat to public health at large. It also has a direct impact on the agricultural sector and the livelihoods of the people who are part of it. Our aim at FFEM was to bring out an easy-to-use product that can enable anyone to test the quality of these resources without depending on a laboratory,” Samuel Rajkumar, Co-founder, Foundation for Environmental Monitoring tells SocialStory.

It all started in 2011 when Samuel, who was then working as a consultant with Srishti School of Art, Design, and Technology, in Bengaluru, came across India Water Portal’s hackathon. Lured by the chance to create innovative solutions, Samuel decided to participate along with a few students, one of whom, Saurabh Levine, is presently a Co-founder of FFEM. The first version of the water testing kit, called Caddisfly, was designed and demonstrated as part of the hackathon.

A year later, one of the trust funds administered by the World Bank, Global Water Security and Sanitation Partnership (GWSP), formerly known as the Water and Sanitation Program, approached Samuel to further develop and commercialise the product.

“We established a limited liability partnership called Ternup Research Labs and offered the product as an open-source solution to testing. Akvo, a Netherlands-based NGO that works on open-source data platforms, found that our mobile-based app was perfect for its purpose. We joined Akvo in 2015. In 2017, we formed our own NGO FFEM with some of the old employees - Sushant, Pradeep, and Nischal,” recalls Samuel.

The organisation with its team of nine employees has sold more than 10,000 units of water testing kits and around 4,000 pieces of soil testing kits. While the price that needs to be paid to test soil for pH, nitrogen, phosphorous, and potassium is Rs 7,250, the cost to test the presence of any four elements in water is Rs 5,500.

The influx of money has mostly been in the form of grants from NGOs, as well as incubators such as Social ﻿Alpha Capital﻿. FFEM also received Rs 1 crore from the NITI Aayog after winning the Atal New India Challenge recently.

How Boson White Water is making a sea of difference in the way apartments, IT parks recycle their water

Back in the days when the prototype for the water kit was being developed, the founders of FFEM kept receiving feedback from customers. After a slew of improvements, they finally launched the product in the market.

“We had to work and re-work many times before getting it right. Besides, we wanted to develop the kit in such a way that anybody with a smartphone could use it to measure quality without having to depend on laboratories. Hence, we relied on various mathematical concepts and computer vision to develop the software for it to run,” notes Samuel.

FFEM’s water testing kit has been made in such a way that any water including drinking water, as well as water from other sources, can be tested. Some of the parameters that can be measured include pH, Fluoride, Nitrate, Phosphate, Arsenic, and Chlorine.

“The product works on the principle of colourimetry, wherein the normally invisible contaminants change colour in the presence of specific reagents that are sold as part of the kit. The smartphone camera matches the intensity of the colour to a calibrated colour chart and displays results. The soil testing kit works similarly,” explains Samuel.

The kits are produced and assembled at FFEM’s laboratory in Bengaluru. Last year, the founders of the NGO established a for-profit wing of the organisation called Heuristic Devices, to commercialise the product.

German Development Corporation called Gesellschaft fuer Internationale Zusammenarbeit (GIZ) and the Green Innovation Centre of India have been working with FFEM since the past year and have lauded the innovative spirit of the team.

“The mobile soil testing kit has great potential to contribute to soil health and increase the income of farmers across India and beyond. Our sister projects in Africa have already purchased kits and are testing them in their respective environments.”