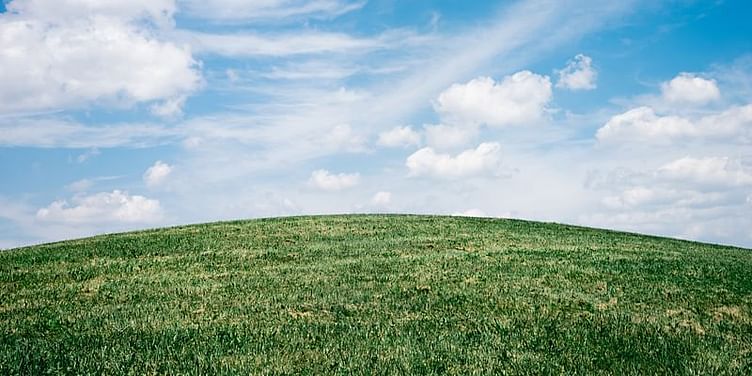 At present, the Earth is momentarily devoid of the man-made problems and has seen a major improvement in the quality of its resources.

While people all over the world hunker down in the safety of their homes to avoid catching COVID-19, the Earth and its elements, meanwhile, are finally stretching their legs in the absence of humans. From Nilgais of Noida to Malabar Civets of Kozhikode, rare species of animals are valiantly walking into cities, revisiting old habitats. And with factories shut and vehicles off the road, the skies have never looked so blue.

Earth Day: 5 Indian SMBs that are preserving the environment and natural resources

This Earth Day, the planet takes a breather, and shows off her best colours – blue and green. Here’s how the worldwide COVID-19 lockdown has given the earth some time to heal, and made many of us realise the importance of nature.

“The reduction in air pollution in China caused by this economic disruption likely saved 20 times more lives in China than have currently been lost due to infection with the virus in that country,” says Professor Marshall Bruke of Stanford University.

China, being the place of origin of the COVID-19 infection, is now showing a considerable reduction in their pollution levels. The air quality has improved considerably, according to NASA’s satellite images.

Not just in China, the vehicular movement has come to a standstill across the world. Along with this, the shutdown of factories and commercial establishments has resulted in a drastic drop in the pollution levels in almost every country.

Delhi was deemed the most polluted capital in the world as of last month with a PM2.5 concentration as high as 161. Thanks to the lockdown, the AQI has reduced to 82 as per the latest records, which falls under the ‘satisfactory’ category. The cities around Delhi have also seen a drastic drop in the pollution levels.

There has been a great reduction in the levels of carbon monoxide and carbon dioxide. So, while people are tackling the COVID-19 virus, the shutdown has given the Earth a breather to recover a bit from global warming.

The lockdown has enabled many rare species of fauna to come out and surprise many around the world.

Deer were seen walking around in a town in Poland. Wild turkeys dominated a playground in California, US. Fashion capital, Paris, saw some wild pigs on its streets. Olive Ridley turtles came ashore on a beach in Odisha.

The appearance of these animals in all these human establishments shows us that the real intruders are humans. In an internet trend, after one tweeter was banned for a controversial post, netizens tweeted about how these animals are coming out of their hiding, and bonding with the earth once again, in the most comical way. Some of them even tweeted about 'finding a dinosaur' in their backyard. All of this with a simple message – ‘The earth is healing. We are the virus’.

woke up to this outside my back window today ❤️ species that were once indigenous to Pennsylvania 65 million years ago are now returning. the earth is healing, we are the virus pic.twitter.com/jmPS533bAg

Water and the marine life:

The river Ganga was once said to have the purest water which could be consumed straight from the source. But with the increasing human settlements, the river saw a dip in its quality. However, now, amid the lockdown, Ganga Pollution Control Board affirmed that the water quality has improved over the past few weeks.

The same goes for the Yamuna that has seen a reduction in the fecal coliform levels during the lockdown. It is also finally free of foam.

In places like Venice, where tourism has witnessed a significant fall, the motorboats now lay still on the relatively cleaner waterways. And talking about tourists and tourism, the oceans, which provide almost 50 percent of the oxygen in the earth’s atmosphere, now swallow lesser quantities of single-use plastics.

Living in cities, the sounds of regularly moving traffic seemed like our everyday lullabies. With the lockdown in place, this noise has been subdued by nature. The birds are finally loud enough, the leaves are rustling, the crickets are back in action, and the wind is whistling through all of this.

The reduction in the noise levels is also being acknowledged by seismologists, according to Forbes. These scientists are reporting less seismic noise, or vibrations, in the Earth’s crust.

For instance, seismic noise caused by human activity in Brussels is reported to be down by one-third compared to pre-lockdown levels. One benefit is that tools to detect earthquakes and other seismic activity can be more precise.

According to nature.com, researchers believe that the drop in the seismic noise could be the result of the transport networks and human activities being shut down.

The Earth is temporarily free from the noise from the honks of the vehicles, and the revving of motorbikes, which are also causes of stress in humans.

Giving back to Earth

Despite the inhuman activities by humans, some of us are still doing our best to give back to the planet. To make use of the free time in their hands, people are turning to gardening and doing small-scale agricultural activities.

According to a study by Rutgers University, flowers and flowerbeds can help cure depression. It is also studied that inhaling and touching the microbes in the garden soil relieves stress, much like the smell of rain.

People are also growing vegetables at home, in their balconies, and backyards, for their consumption. Homegrown produce is said to be more nutritious than the ones at the stores. While this may seem a little small, every plant contributes a small amount to a greater purpose – the breath of life.

The COVID-19 lockdown has claimed many lives globally, but has also made us watch the planet heal from behind out windows. While the lockdown does lower the toxicity levels in the environment, the question is – can we sustain these practices after the quarantine ends?