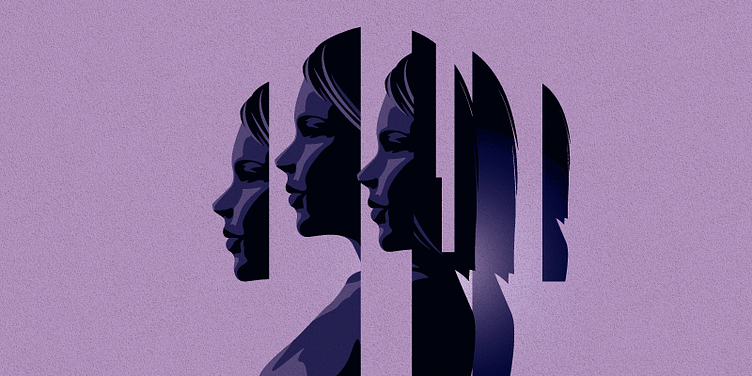 According to the WHO, every one in seven individuals suffer from some form of mental health issue in India. And addressing the lack of awareness, accessibility, and infrastructure associated with mental health is the need of the hour.

One sultry summer afternoon in 2013, Sumedhh Bilgi rushed out of his college campus with tears in his eyes. The then 21-year-old, who was pursuing his Bachelors in History at Parvatibai Chowgule College, did not want his classmates to notice that he had broken down in a public space.

He recalls, “I was feeling a profound sense of shame for showing my weak side. So, I hopped onto my bike and sped home. As soon as I reached, I locked myself up. My parents were sent into a state of anguish and kept asking me to open the door. But I stayed there for the next 24 hours, cried my eyes out, and refused to have even a morsel of food. When I woke up the next day, I felt like I was sinking into my bed and did not have the energy to step out.”

Sumedhh grew up like any other kid. However, he used to speak very little as compared to other kids of his age. Over some time, he had a whole lot of emotions bundled up within himself, especially after his grandfather’s demise, who also happened to be his best friend, when Sumedhh was an eight-year-old boy. While he was trying to cope with this, he became a subject of bullying at school.

As time passed, Sumedhh pursued cricket, and a few years later, suffered from a ligament tear. Moreover, he also had to deal with a heartbreak, which caused him to isolate himself from everyone.

“Deep down, I knew I had to find a way to get myself out of the dreaded ‘D’ word — depression — something that I was battling with throughout my childhood and young adult days. And my friend Aiswarya came to my rescue. For the first time, I spoke about all my feelings and thoughts. After a while, I confessed about my mental health to my parents, and sought professional help. The road to recovery was slow but steady,” Sumedhh Bilgi says.

Today, the 27-year-old is a content creator, presenter, and podcaster, and leads the editorial and digital team of cricketnews.com — a sports platform that covers all news surrounding cricket. To draw awareness about mental health, and encourage more conversations around it, Sumedhh has been talking about his journey both on stage, as well as on social media platforms.

“Depression and mental health problems are something that can strike anyone and everyone. It is as normal as catching a cold, or suffering from fever. We must all be more aware of it than ever,” he adds.

However, Sumeddh is not the only one to have been caught in the cycle of mental issues.

The scale of the issue

According to the World Health Organisation (WHO), around 7.5 percent of Indians suffers from some form of mental health problem. However, the prevalence rate is said to be much more. Further, the National Institute of Mental Health and Neurosciences (NIMHANS) — an autonomous institution under the Ministry of Health and Family Welfare — has indicated in its report that nearly 150 million individuals need active psychological intervention.

Mental illness is known to have a huge impact on a person’s behaviour, mood, thought process, and overall wellbeing. Since many of the disturbances stem from past experiences, substance abuse, environmental stress, or genetic factors, the affected individuals sometimes take drastic steps to the extent of giving up their lives.

As per the National Crime Records Bureau of 2015, India’s suicide rate is as high as 10.6 per 100,000 people. While issues like dowry harassment, abuse, broken marriages, and poverty were a few reasons for such deaths, it also pointed out that a large share (one-sixth) of it was attributed to mental health ailments.

At present, a large part of the population still does not have access to professional help, owing to the reduced number of mental health facilities, therapists, and psychiatrists in the country. Paltry budgetary support and lack of implementation of policies on the ground are other stumbling blocks on the road to strengthening the mental health infrastructure.

For a very long time, mental health was seen as a sign of either weakness or embarrassment. Even today, the idea of seeking help from a counsellor is far-fetched, and is met with prejudice, judgements, and remarks.

This is mainly due to the deep-seated stigma that mental health is shrouded with. One of the most effective ways to break this glass ceiling is to educate and sensitise more people about the nitty-gritty surrounding mental health.

Meera Haran Alva, a consultant psychologist and psychotherapist with 17 years of experience, and Amrita Tripathi, Founder of The Health Collective, have attempted to do just that with their book titled, ‘Young Mental Health.’

“Amrita and I are friends since the early 2000s when we were flatmates in Delhi. Over time, we realized our common aspiration to be mental health advocates. Amrita is the author of the Mindscape series and we came together as authors for the second book in this series on young mental health since it also happened to be my area of expertise. The crux of this book is to encourage individuals to have conversations about mental health through anecdotes, personal stories, poetry, illustrations, and comic strips,” Meera says.

Published by Simon & Schuster, the book talks about a range of issues beleaguering children, adolescents, and young adults in particular, such as - depression, anxiety, body image disorders, abuse, bullying, and suicide.

“I really hope the book will enable parents, teachers, and the public at large to demystify, as well as deconstruct mental health issues and make it a part of their daily conversations. When it comes to the ones who are suffering from it, the writing is directed in such a way that it can support them to acknowledge their feelings, and get help before the problem escalates,” Meera adds.

Shalini Poddar, a Bengaluru-based psychologist who runs Sprihaa Healing Center, has been witnessing an increased number of people approaching her for help with mental health ailments in the last few months, owing to the coronavirus outbreak. However, as per her observations, most patients switch to a mode of denial when asked about their challenges.

“Many young adults come to me for counselling and therapy without the knowledge of their family members, and are extremely hesitant to accept their feelings. Some of them have a misconception that mental health problems are incurable, and hence fail to acknowledge it. While the recent events have put the spotlight on mental health care, the goal is to learn from it and be more aware,” says Shalini.

Mental healthcare in India has been in a state of crisis for quite some time now. According to the WHO, there are less than 4,000 mental health professionals in India. This translates to the availability of one psychiatrist for every four lakh people.

“A lot of people with mental illness do not know whom to reach out to for assistance and counsel. This is more because of the dearth of qualified professionals in the field. Only a few students and youngsters opt to pursue psychiatry. Hence, it is essential to encourage more students to obtain expertise in the subject,” says Shalini.

In fact, several startups are attempting to address this through their offerings. Hyderabad-based startup ﻿Medvarsity﻿, an online medical certification and training company, recently kicked off two certificate courses focussed on counselling, therapy, and medication. These courses will equip medical fraternity with in-depth knowledge about the treatment of mental health issues.

“There is a large disparity between available talent and mental health experts employed on the ground. We wanted to bridge the gap. Several doctors and nurses are not trained to understand the state of mind of their patients, or the socio-economic environment they belong to. The full-fledged course on mental health is aimed at helping them comprehend the relationship between physical and mental wellbeing. It will also recognise signs of ill mental health to further recommend the right course of action,” says Gerald Jaideep, CEO, Medvarsity Online Ltd.

Since its launch in June, over 6,000 doctors, educators, nurses, medical interns, and healthcare professionals have completed the mental health courses hosted by Medvarsity. These courses are put together by a specialised faculty management team consisting of a group of key opinion leaders, course directors, and other content developers.

In the last couple of years, a handful of other startups have also started working towards the cause such as InnerHour – which provides a tool for digital therapy, Trijog – a well-established firm that delivers mental wellness solutions, and ePsyclinic – which is known for its 24x7 free online chat support sessions.

A slew of NGOs such as The Banyan, The Live, Love, Laugh Foundation (TLLLF), and Aasra, have also joined the bandwagon.

The budget allocated to the National Mental Health Programme (NMHP) in 2019 was decreased to Rs 40 crore from Rs 50 crore in the previous year. This, in turn, was estimated to be only 0.05 percent of the total healthcare budget. The average allocation for mental health in developed countries is at least five percent. Even in 2020, the mental health budget did not see a rise, though there was a seven percent spike in the funds allocated for healthcare.

The age-old legislations of the Indian Lunatic Asylum Act of 1858, and the Indian Lunacy Act of 1912 were mainly centred around custodial issues. But, the Indian government attempted to frame a full-fledged policy of the Mental Health Act of 1987, 30 years later. However, that too, did not see the light of day.

On the other hand, in 2014, the government launched its first official National Mental Health Policy. Not only did it emphasise on the allocation of more funds, but also, acknowledged the sections of society that are specifically vulnerable to mental health ailments, and insisted on displaying non-discriminatory behaviour towards them.

Additionally, the policy encouraged mental health training sessions for teachers, as well as parents, and made life skills education mandatory in schools and colleges. Lastly, it also hinted on decriminalising suicide.

The government’s next goal is to chart out the enactment of the Mental Health Care Bill, and the execution of national and district mental health programmes.

Siddhika Ayyer, a psychiatrist who works with Gleneagles Global Hospitals in Chennai, believes that a collaborative effort is key to pave the way for quality mental healthcare in India.

"We need to adopt a holistic and participatory approach to mental health. Everyone has a role to play in rooting out stigma and promoting accessibility - right from citizens, schools, colleges, corporate organisations, healthcare professionals, media, to government," she says.