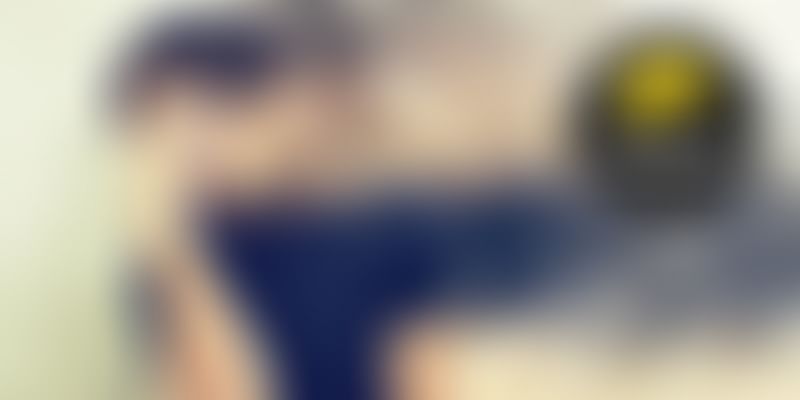 Breaking away from ‘institutionalised care’, India on March 27, 2017 took a progressive step towards implementing a rights-based approach to safeguarding and protecting the interests of the mentally ill.

Depression, stress, suicide — these words have become colloquial in the urban dictionary and are often used frivolously, by the media, cinema, and in daily conversations. However, the gravity of mental illness is rarely comprehended by the masses.

According to an India Spend report, the number of Indians suffering from mental illness exceeds that of the population of South Africa. At present, the mentally ill account for nearly 6.5 percent of the country’s population and it is estimated that by 2020 this number will increase to a staggering 20 percent. Further, the World Health Organisation estimates that nearly 57 million Indians suffer from depression. Simply put, one in every 22 people suffers from depression and yet, the social stigma and label attached to this increasingly common mental illness continues to scare individuals away from seeking appropriate treatments.

In an effort to curb this growing illness and create a conducive environment to address the mental well-being of the public, the Government of India repealed the archaic 1987 Act and passed the Mental Health Care Bill, 2016, in the Lok Sabha on March 27.

Finally, a “patient-centric” treatment approach for the mentally ill

As a progressive step, the bill not only seeks to expand the definition of mental illness but also replaces the term “mentally ill” with “person with mental illness”, thereby suggesting that mental illness is not a permanent state; rather it is a temporary phase that can be treated.

Similar thoughts were echoed by Prime Minister Narendra Modi in his latest monthly Mann Ki Baat series. On depression, he said, “I want to tell my countrymen that depression is not incurable. The first mantra is the expression of depression instead of its suppression.”

We as a society are slowly recognising that a healthy mind is most essential for a healthy body. The Mental Healthcare Bill is a very progressive development and a milestone in improving healthcare in India. PM Modi’s message in Mann Ki Baat shows that the government has a very evolved and holistic view on mental health,

The bill defines mental illness as “a substantial disorder of thinking, mood, perception, orientation, or memory that grossly impairs judgment, behaviour, capacity to recognise reality, or ability to meet the ordinary demands of life, mental conditions associated with the abuse of alcohol and drugs.”

While the definition above may seem over-inclusive and bring people even with minor ailments under its ambit, the bill seeks to guarantee certain rights to the individual who is suffering from a mental illness. It ensures that every individual has access to mental healthcare and treatment at government hospitals without any discrimination. Provisions have been made to provide free treatment for patients who are homeless or belong to the below poverty line community even in the absence of a BLP card.

Further, along with the promise to provide an international standard of care, the bill seeks to address the underlying social stigma and taboo attached with this disease. Highlighting the powers of the bill, JP Nadda, Union Health Minister, said, “I hope all of us here are in good mental health. But should any of us sense deterioration, we can nominate beforehand.”

The government recognised that often patients with mental illness are kept in the dark about their treatment procedures and the extent of their mental health problems. The government also expressed concerns regarding the infringement upon the rights of mentally ill individuals by the families and relatives for the fear of social stigma and shame, sometimes leading to loss of property ownership as well.

In India, this ‘opening up’ on mental health issues and illness is radical and essential as earlier it was stigmatised. Since we are a (collective) culture where societal norms are governed by the collective, encouraging open discussion and minimising stigma promotes a mentally healthy society which is inclusive,

Hence, the Mental Healthcare Bill, 2016, mandated certain clauses which allow the mentally ill person the right to live with dignity and without any discrimination on the basis of gender, sex, sexual orientation, religion, culture, caste, social or political beliefs, class, or disability.

Primarily, the bill recognises the rights of an individual to make an advance directive that dictates the person’s will regarding his/her treatment and also allows them to choose a nominated representative who will direct the authorities about his/her choice of treatment procedure during the illness phase. Secondly, Chapter V, Clause 23 mandates that a person with mental illness have the right to confidentiality with respect to his/her mental health, mental healthcare, treatment, and physical healthcare. Thirdly, the bill also makes provisions for individuals to get complete information about the medical procedure, treatment plans, and records. Lastly, providing financial relief to the patients, the bill mandates all insurance companies to provide medical aid for the mentally ill similar to the insurance issued for physical ailments.

The case of stress, depression, and suicide

In a path-breaking step, the government of India decriminalised suicide and Shashi Tharoor, Member of Parliament and Congress spokesperson, said, “An attempted suicide is a cry for help, not a crime.”

The WHO estimates that approximately 8,00,000 suicide deaths occur globally every year and India witnesses 15 suicides every 60 minutes. The National Crime Records Bureau cites suicide among the top 10 causes of death in the country, especially among youth between the ages of 15 and 29. However, individuals rarely seek treatment and counselling for fear of police action and social ostracism.

Hence, the bill overrides IPC Section 309 and states that, “Any person who attempts to commit suicide shall be presumed, unless proved otherwise, to have severe stress and shall not be tried and punished under the said Code.”

The passing of the Mental Healthcare Bill displays the seriousness with which our lawmakers view the mental health challenge that India faces. The bill also establishes the government’s role as a critical stakeholder by placing the onus on the government to ensure care, treatment, and rehabilitation to those facing mental health issues. The clause decriminalising suicides is a move that’s been long awaited and its impact will be far reaching,

adds Anna, who has worked in the field of mental healthcare for over two decades.

The bill explicitly states that suicide and mental health are interconnected and that a community-based approach towards treatment and rehabilitation of individuals with suicidal tendencies is the need of the hour.

In another positive step, the bill prohibits the use of electroconvulsive therapy (ECT), popularly known as electric shock therapy, without the use of muscle relaxants and anaesthesia for adults. Further, the barbaric practice of chaining a mentally ill patient, seclusion, or solitary confinement have also been put to an end by the law.

Proper implementation of this progressive bill is the key requirement

Given the vast dimension of issues the bill seeks to address, implementation will be a key challenge due to the lack of infrastructure and resources available in the country for the treatment of mental illness. The problem is aggravated due to the shortage of medical experts, nurses, psychologists, trained counsellors, and social workers.

The extent of the challenge that India faces on the mental health front is huge and requires urgent and impactful interventions. Unfortunately, access to care for those with mental health issues has been abysmally poor until recently. It is important this care is made available even ​ in the farthest reaches of the country and technology can play a large role in this outreach.

According to the Ministry of Health and Family Welfare report, India faces a treatment gap of 50-70 percent for mental healthcare, implying that more than half of the population does not get the required treatment and medical facilities. The government data highlights the dismal number of mental healthcare professionals in India — 3,800 psychiatrists, 898 clinical psychologists, 850 psychiatric social workers, and 1,500 psychiatric nurses nationwide. The WHO reports that there are only three psychiatrists per million people in India, while in other Commonwealth countries, the ratio is 5.6 psychiatrists for the same.

The bill mandates the provision of a mental healthcare facility in every district in the country, which requires a massive financial budget given the lack of facilities available, particularly at the district and sub-district levels. The Parliament Standing Committee report raised similar concerns and stated that though health is a state subject, the central government “will have to incur expenditure to implement the provisions of the bill.” However, the bill as passed in the lower house is yet to address this issue.

Mental health accounts for 0.16 percent of the total Union Health Budget, which is less than that of Bangladesh, which spends 0.44 percent .The developed nations’ expenditure amounts to an average of 4 percent. “The Union Health Budget itself is a little small of 2.2 percent of the overall Budget. So, if you translate it, the Budget for mental health will be 0.0036 percent,” Member of Parliament, Konda Vishweshwar Reddy, stated while discussing the bill in the Lok Sabha.

Hence, given the shortage of psychiatrists and the current financial scenario, the feasibility of having a universal mental healthcare facility seems grim.