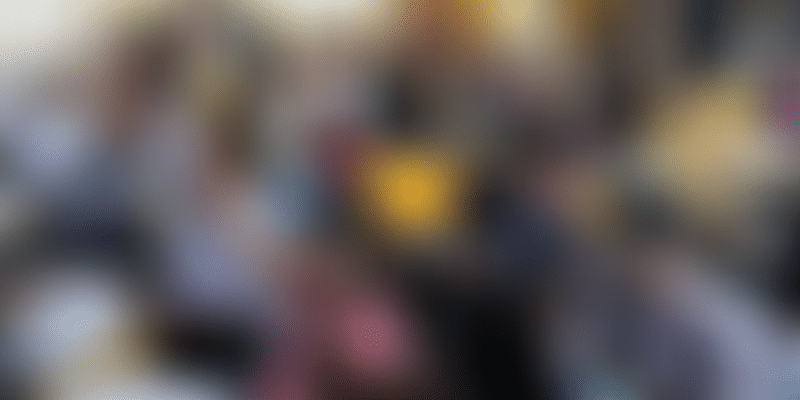 Akshay Saxena and Krishna Ramkumar founded Avanti Fellows with their friends to help students from low-income families gain opportunities to study in India’s best colleges. Every year, they engage with over 50,000 students as part of their classroom programmes.

India’s education system is one of the largest in the world, with over 1,000 universities including premier institutions like IIMs, AIIMS, IITs, IIITs, IISERs, and NITs. However, the gross enrolment ratio (GER) in the country when it comes to higher education is only 25.2 percent, which is quite low as compared to many other developing and developed nations.

Some of the major reasons attributed to low GER is the poor quality of education, shortage in proficient faculty, the regional disparity in access, and the economic constraints of paying the fees.

In 2010, six individuals – Akshay Saxena, Krishna Ramkumar, Vaibhav Devanathan, Rohit Singh, Aishwarya Ramakrishnan, and Rahul Srinivasan – got together to improve this situation. They set up Avanti Fellows, a non-governmental organisation, to provide access to quality tertiary education to meritorious students from low-income backgrounds.

“When all of us were studying at IIT-Bombay between 2000 to 2004, we observed that many of our juniors, especially from small towns and economically weak families, were struggling to cope with the syllabus. When we dug deep and did a bit of research, we found out that students from rural, low-income backgrounds were more than seven times less likely to get into the IITs as compared to the ones who were well-off. That was when we decided to do something about it,” recalls Akshay Saxena, Co-founder, Avanti Fellows.

Akshay completed his degree as well as Master’s in Chemical Engineering from IIT Bombay and then, went onto pursue an MBA from Harvard Business School. Before Avanti Fellows, he served on the founding team of HeartFlow, a venture-backed medical diagnostics company. His previous work experience includes management consulting with the Boston Consulting Group (BCG) in India, project implementation with the United Nations World Food Programme, and fundraising and strategy at The International Save the Children Alliance.

Krishna, on the other hand, finished his MSc in Chemistry and worked as a Senior Associate at BCG before setting out to establish the NGO with Akshay.

Though both Akshay and Krishna took up other corporate jobs right after finishing their education, they kept pondering how they could eliminate social and economic inequalities in higher education. In 2010, they built a model that involved gathering student volunteers from premier institutions and equipping them with the tools to teach as well as mentor adolescents from economically weaker sections of society. Immediately after, the duo officially founded Avanti Fellows.

“We initially found it challenging to even identify disadvantaged students. But later, once we began leveraging our network of batchmates, schools, and coaching classes, the journey became easier. Since many students studying in Class XI and XII were not aware of the opportunities lying ahead of them, we also started organising seminars to familiarise them,” says Akshay.

In 2012, Avanti Fellows launched a programme focused on exam preparation. For this, the NGO tied up with the Jawahar Navodaya Vidyalayas – a system of central schools for talented rural students run by the Navodaya Vidyalaya Samiti, which is an organisation under the Department of School Education and Literacy, Ministry of Education, Government of India.

The entire initiative revolved around providing academic guidance and training to selected students belonging to underprivileged families, and who are pursuing grades XI and XII at government schools in various districts.

“The students are chosen through a two-stage procedure involving an aptitude test and personal interview wherein they are evaluated using criteria such as academic merit, motivation, and financial background. And then, they are grouped into batches of six or seven and given comprehensive study materials, books, and online resources to prepare for entrance exams like JEE and NEET after school. The students are encouraged to indulge in peer learning,” explains Akshay.

In the last few years, the programme has benefitted 10,000 students across multiple schools in Puducherry, Bidar, Hassan, Koppal, Shegaon, Wardha, and Palghar, among others. Akshay says that a majority of them were able to ace the exams.

The Avanti team is currently attempting to introduce a small modification in the programme by requesting school teachers to facilitate the preparation process to monitor progress in a better way.

Another programme implemented by the organisation was related to strengthening government schools. Understanding the foundational concepts of subjects like maths and science is very important, especially when students attempt competitive exams. But, if the quality of teaching at the middle and high school levels is poor, the students tend to lag behind.

Keeping this in mind, Avanti Fellows began to work with government school teachers.

“We did a study at a few government schools in Chennai and found out that around 60 percent of students were not able to read or write meaningful sentences in English. So, we decided to train and upskill teachers to use structured content, conduct video lectures, and apply better pedagogical methods. Right now, we are training 600 teachers across 240 schools in Haryana and are looking to further expand the reach,” notes Akshay.

The COVID-19 pandemic has made it imperative for students to rely on digital education. Hence, the team of Avanti Fellows too kicked off their own online learning initiative recently. The NGO collaborated with several government schools in Haryana to implement ‘Ghar Pe School’ which involves sending daily lesson plans, reading material, videos, and other digital content to students in their regional languages through WhatsApp.

Avanti Fellows mainly depends on corporate and CSR funds to run its operations. Some of the companies that have pitched in over the years include Dell Foundation and the TATA group.

Priyanka Palshetkar was pursuing her Class XII studies in Pune when she got the opportunity to be a part of one of the first cohorts of Avanti Fellows. She tells SocialStory,

“Avanti was the best thing that happened to me as a kid. I met people who were ready to help me in my academics and JEE preparation every step along the way. Today, after years of assistance from the NGO, I am running a startup on my own named Almameal, which got incubated at NSRCEL, IIM-Bangalore,” she says.

Priyanka is just one of thousands of students who have been impacted by Avanti Fellows. As of today, the organisation engages with over 50,000 students in classroom programmes and more than 20 lakh students through its online initiatives.

“During the course of our journey, we have been able to earn a lot of trust from the government as a whole as well as from teachers and students. That is our biggest treasure. We are an organisation that believes in talent and don’t want the capabilities of students to go waste just because they cannot afford to pursue quality higher education,” adds Akshay.

How CII Foundation, ONGC are working with farmers to fight toxic stubble burning