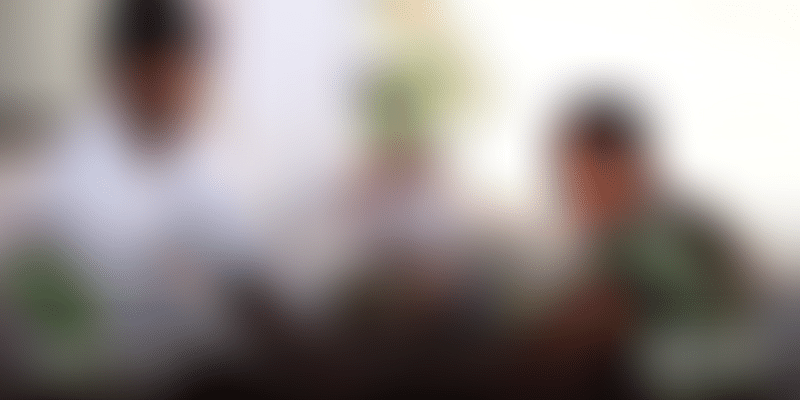 In this week’s Survivor Series, Ramesh tells us about the tragic losses his family suffered while working at a brick kiln

I first started working at a brick kiln when I was just 10 years old. My father had found work in a brick kiln close to our village and soon my mother, brother Suresh and I joined him to work there. As children, Suresh and I used to bring the mud and clay in small wheelbarrows to our parents who would then make the bricks using the mould. One day, my father left the brick kiln and never returned. A few years later we were told that he had died in a drowning accident. My mother was now showing signs of illness, as the years of working in all that dust had affected her lungs.

When I was 18, I married Uma. She was only 16 years old. After our marriage, Uma also began working with us at the brick kiln. She learnt the job of brickmaking, cooking, keeping home, and managing a family.

A few years later, we learned of an opportunity at another kiln where the pay and facilities were supposed to be better. The owner of this brick kiln offered my family and my brother’s family Rs 1,30,000 as an advance. By this time, Suresh was also married. We did some quick calculations and felt that with the wage we were promised we could repay the advance in six months.

We moved into this new brick kiln in Chickballapur while my mother was able to move back to our village and stop working at brick kilns. Once we reached the brick kiln, we realised that things were very different from what was promised to us. The working conditions were severe, and we had to endure frequent verbal and physical abuse. We endured all this hoping that we could leave the brick kiln and return to our village in six months.

Six months later, we were in for a shock when we asked the owner to settle our accounts and let us go. He not only threatened us but said that we need to pay back double the advance amount with interest added if we want to leave. The owner then brought out a thick stick and threatened to beat us up. My brother and I realised that the owner had all the power and we were afraid for our families. We agreed to continue working. About five months after this, seeing no other way out, my brother and I ran away from the brick kiln with our families.

For the next month, we survived by staying in abandoned properties and eating the free food available at temples. We were constantly afraid that the owner or his men would capture us. When we heard that our mother was seriously ill, we decided to visit her in the village. The owner and his men found out, came to the village, assaulted us, and took us back to the brick kiln.

Uma and I had two children but we were all forced to the kiln. This was one of the darkest times of our lives. We were constantly watched by the owner and his men and we had to endure more physical abuse. The hard physical labour also resulted in Suresh’s wife suffering a miscarriage. We felt there was no respite from the work or any way to leave the brick kiln. We thought we would die there.

In March 2014, everything changed. We woke up as usual at 6 am and began working at the brick kiln. A few vehicles pulled up and seven policemen alighted with a few other officials and lawyers. They began asking us a few questions but we were not sure if we could trust them. We were then taken to a government office and we slowly realised that they were trying to help us. We answered all the questions truthfully and a little later we learnt that the owner was being arrested. A few years later, we learnt that the owner was convicted to three years' imprisonment by the Court. We are happy that he will not be able to torture anyone else and ill-treat them the way he ill-treated us.

Today we have a few goats and we are involved in goat rearing. I also sell bangles in different villages during the wedding season and during festivals. My mother is also living with us. Living in freedom today means my children are able to go to school and my wife is able to sleep peacefully at night without being fearful.