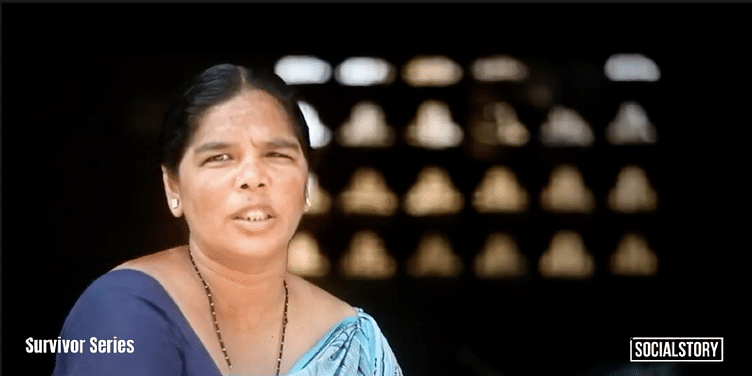 In this week's Survivor Series, Rasheeda speaks about how she was forced into sex work but is now educating other women on their rights.

My husband abandoned me with two small children to care for. We lived in Ponnur, which is a small town near Guntur, Andhra Pradesh, and I had no source of income at all. We were living in very dire circumstances. A friend of mine then came and offered me help and a small place to stay. A few days later she asked me if I was interested in doing sex work to help make ends meet. She convinced me that they were all doing this to make ends meet.

Things were very challenging but I had two children to feed. There were times when I was forced to go with not just one but two men and I had to do whatever they asked me. Very often, I would not get paid for the time I spent with them. They would just ask me to leave and I would return home empty-handed.

That’s when another friend of mine called Mastani introduced me to a community organisation in Guntur that worked to rehabilitate sex workers into the mainstream workforce. I realised for the first time that I needed a ration card to buy provisions, an Aadhaar card to claim benefits or to seek the help of a police officer, lawyer, or a counsellor to safeguard my rights. Mastani also helped me start work as a flower seller.

[Survivor Series] No one should have a right to decide my path; I am the deciding authority

I have been supporting my family by selling flowers. I am also a full-time member of the organisation. We get together often and discuss all our challenges and work together as a group to find solutions. There is so much I have learnt after becoming a part of this group.

For example, I never knew how important it was to have official documents for my identity and to avail benefits from the government. I also have a counsellor who helps me whenever I face any challenge.

I also actively counsel other women who have been in a situation similar to mine. I tell them that I was also once in the same circumstances. I encourage them to join the organisation, fight for the things they want in life and become a part of society. They should not be ashamed of facing people and speaking up for themselves. If they can do that then they can also bring a change in the lives of others.

I tell them that I used to be ‘foolish Rasheeda’, but today, I am ‘smart Rasheeda’.

Celebrating love? Here’s how you can keep it more thoughtful this Valentine’s Day