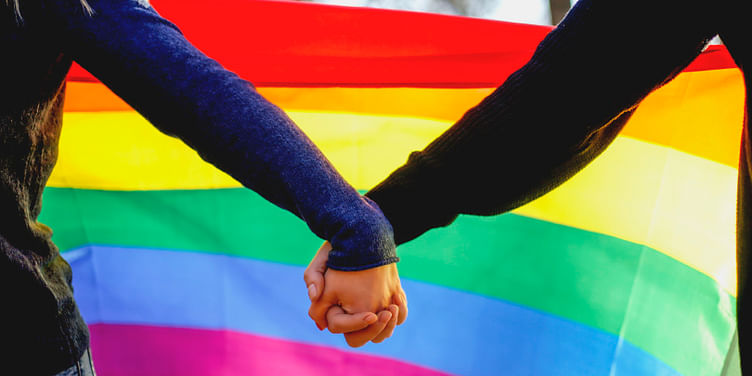 To celebrate trailblazers in the LGBTQI+ community, we celebrate Pride Month with stories that will inspire you. Here are the stories of four brave transgender women who fought the odds and carved their own path.

The ongoing pandemic might not allow large gatherings to celebrate Pride month, but that doesn’t mean we cannot honour heroes in the LGBTQI+ community.

We bring you stories of four transgender warriors who braved prejudice and injustice and paved the way for many to come. They are a living testament to what America’s first openly gay politician Harvey Milk said: “Hope will never be silent”.

Gauri Sawant is a transgender activist and founder of Sakhi Char Chowgi, an NGO that works for the transgender community and people with HIV/AIDS. Many of us may remember her from her heartwarming appearance in the Vicks ad.

Born as Ganesh and raised in Pune, she started questioning the label of “boy” that was put on her by society early on in life.

She embraced her true personality, but on facing ridicule came to Mumbai where the Humsafar trust helped her transition from Ganesh to Gauri.

She then adopted a daughter, whose birth mother was a sex worker and passed away with AIDS. The girl was about to be sold into the sex trafficking industry when Gauri decided to take her in.

A trans woman who was shunned not only by society but also by her family decided she couldn’t let an orphaned girl live a life devoid of love and kindness.

Gauri proudly says “not a man, not a woman, we are transgenders”.

Born Somnath Bandhopadhyay in West Bengal, Manabi Bandhopadhyay, from a young age, identified as feminine, and her father wasn’t comfortable with that.

The lack of acceptance and ridicule she was subjected to from her own family caused her a lot of mental trauma. Her long battle with prejudice did not end even after she became a lecturer.

She told the Guardian that “I was a woman at home, but once out on the streets, I had to wear trousers and shirts and behave like a man”.

[Survivor Series] No one should have a right to decide my path; I am the deciding authority

Shabnam Bano, popularly known as Shabnam “Mausi”, is the first transgender Indian to be elected as an MLA. She was born visibly intersex and was given away by her family shortly after, so they could safeguard their social image.

She initially started doing small roles in Bollywood, which eventually paved the way for an entry in politics. She was elected from the Sohagpur constituency of Madhya Pradesh. She has vowed to fight corruption, poverty, unemployment, and hunger in her constituency. She is not only striving to raise awareness about  AIDS but also be the voice for the sidelined and mistreated trans community. She inspired many transgenders to come into the mainstream.

In 2003, the trans community in Madhya Pradesh established their own political party called “ Jeeti Jitayi Party”.

Joyita Mondal had a childhood full of discrimination and suffering because of her identity. She only studied till Class 10 and recalls her struggles of sleeping at bus stands and begging on the streets.

While working in Islampur for the upliftment of the transgender community, she got a degree in law through correspondence.

She later became the first trans person from her district to vote. She started an organisation, Dinajpur Notun Alo ( Dinajpur New Light) that works among 2,200 transgenders in the region.

She was appointed as the country’s first transgender judge in 2009, which gives hope to the community for a better future.

However, Joyita believes that the battle is far from won.

She believes that a few of them becoming judges, doctors, and teachers isn’t enough and she would not allow tokenism to muffle or undermine the struggle that her community faces even today.