This is how Paxful wants to change the conversation around Bitcoin 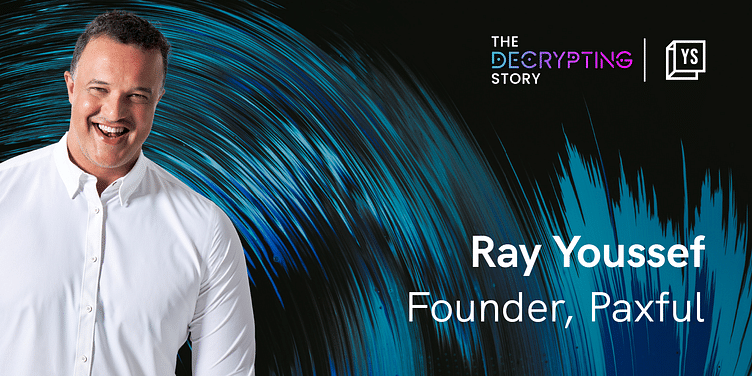 Paxful with over 10 million users globally, wants to make cryptocurrency accessible for all through its peer-to-peer marketplace

If there’s one thing that Ray Youssef believes in, it is Bitcoin. According to him, it is an asset class created for all and not just the rich. This belief took him all the way to Paxful, a peer-to-peer cryptocurrency exchange where nearly 10 million users trade on a regular basis across the world.

When he first built ﻿Paxful﻿ nearly seven years ago, the vision was simple – bring more money to people. To Ray, the best way to do this was to combine cryptocurrency with a format he already knew, peer-to-peer, where two computers can work as a network for each other.

Using peer-to-peer wasn’t new to Ray. His first startup was ringtone’s platform that used this tech. On it, users would upload ringtones and then share them with the rest of the world. “I know the power of peer-to-peer and I know the power of crypto,” he says, adding that the difficulty of getting crypto in regions like Africa, India and South East Asia led him to thinking about making a peer-to-peer electronic marketplace.

Ray did all the coding of the product himself. Once it was ready, the next step was to bring people onto the marketplace. At the time, users were already buying coins, but there wasn’t a formal system in place for these peer-to-peer transactions.

“It was quite a challenge. I gave away a 1000 of my own bitcoins, this was in the early days, just to teach people how it works,” says Ray. While most users disappeared, the ones who figured it out, stayed.

“So, it was a great investment in time. There was tremendous risk, but all of this is what I call a deep street hustle. This is a business that has to grow from the bottom up and that requires tremendous amounts of education, investment in people and risk and it has to be built up from the ground up,” he says.

That one risk paid off. Today, Paxful has over 400 employees and 11 offices across the globe. Thus far, it has managed to be completely bootstrapped. It currently specialises in Bitcoin. Users can make payments for these Bitcoin via Ethereum, Litecoin, Monero, and Golem. If they do not wish to pay via other tokens, giftcards of Amazon and iTunes, ApplePay, PayPal, Facebook messenger payment, WeChat, and Bank transfers are also available.

Setting your own path

Paxful’s growth jumped during the pandemic, with its volumes increasing over 20 percent. The focus at Paxful is to keep the product and technology simple and easy to use. To do this the team first began with building an educational platform that helped people in Africa understand cryptocurrency and exchanges.

What Paxful does differently from others is that it enabling easy crypto transactions without the typical layers. “It has been about focussing on building out the platform and product based on what the users are comfortable with,” he says.

Bitcoin and bridging the financial gap

Ray says the only thing holding humanity back is the existing financial systems. Regions like Africa, Asia, and Southeast Asia have a large base of young people who are ambitious, educated, and ready to work, but need access to a better money system, he says.

“Let me clarify, people always talk about the unbanked, half of Africa is unbanked, actually, pretty close to 99.9 percent is unbanked. But even if you have local bank accounts in Africa, Nigeria, or in Egypt or wherever, you can only use it to transact in your country; sending money to a country next door is a nightmare. So the vast majority of the world  population is unbanked. Just because you have a bank account or a debit card does not mean you can access the world of money, or goods and services free,” he says.

Africa is a significant market for Paxful. The platform is used to send money to family for e-commerce, import and export. Thus far, there have been over six million trades on Paxful originating from Africa alone.

Overall, $3 billion was traded on Paxful last year, but there still is some way to go. “Do not expect people to change the way they interact with money and use money because they saw an ad on Instagram or Facebook,” says Ray. “They need to see real people right in front of them, with a smile, with that empathy, with that understanding and build that trust through education; this is the only way.”