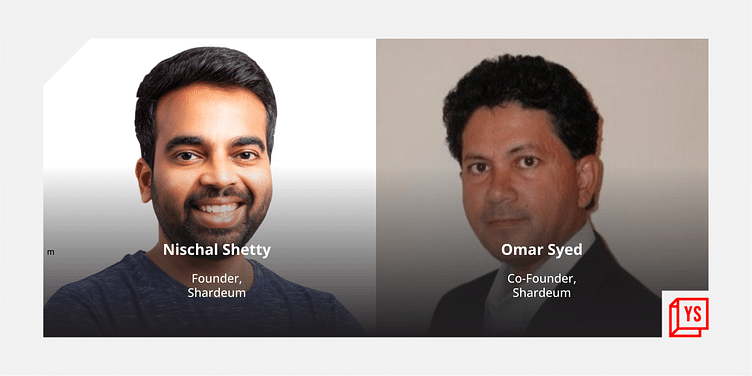 The project aims to solve the biggest issues faced by Layer 1 (L1) blockchains - low throughput and high fees. Shardeum, like the Internet, will be open, collaborative, and community-driven and would democratise accessibility to decentralisation, the founders revealed in a statement.

The project aims to solve the biggest issues faced by Layer 1 (L1) blockchains - low throughput and high fees. Shardeum, like the Internet, will be open, collaborative, and community-driven and would democratise accessibility to decentralisation, the founders revealed in a statement.

Nischal Shetty, Founder of Shardeum said, “Blockchain scalability is one of the biggest barriers to crypto adoption. Existing infrastructure is slow and expensive. With Shardeum, our goal is to provide the world with a sharded, infinitely scalable blockchain while ensuring true decentralisation. We are building a crypto infrastructure that can support over a billion people. We will be focused on making it cheaper and faster with every release. With Shardeum, decentralisation will be affordable for everyone.”

Nischal, explaining to The DecryptingStory how sharding will work, said it is a method for dividing the entire blockchain into multiple pieces, or shards, which contain nodes (users).

When a transaction request comes in, a sharded chain can direct it towards the shards containing the node(s) that possess information on the accounts requesting the transactions. This is an alternative to traditional blockchains which process transactions sequentially across all its nodes (a slow and inefficient process).

"With sharding, as the network grows and more nodes are added, the chain's transactions per second (TPS) increases. Shardeum has an edge over existing chains like Ethereum because Ethereum is not built with sharding capability from the ground-up, and will have to compromise in terms of number of shards available," Nischal elaborated.

Ethereum 2.0: All you need to know about Proof of Stake, Beacon Chain, Sharding

Shardeum will reportedly use dynamic compute and state sharding to accommodate billions of daily active users, allowing for global-scale decentralised applications. The project is developing a novel technology that incorporates sharding and auto-scaling to provide high throughput, low latency, and immediate finality while maintaining the highest level of decentralisation and security possible, the founders claimed.

“The problem of scaling blockchains while maintaining a high level of decentralisation and security has existed ever since Bitcoin started becoming popular. The current platforms are so focused on achieving a higher transaction rate that they sacrifice decentralisation. We want to build a platform that is highly decentralised so that many people can participate and the transaction rate actually increases with more participants. This is possible with dynamic sharding and is radically different than anything else that is out there. I think Shardeum will be like the Tesla of smart contract platforms”, said Omar.

Shardeum will also have a native utility token called SHARD ($SHM), which will be used for running transactions on the network, incentivising validators, running DApps, etc. The project white paper will be made public soon.

Shardeum is targeting fundraising and the launch of its alphanet by April 2022 followed by its betanet launch in Q3 2022. The mainnet is estimated to launch towards the end of Q4 2022.