‘Get the basics right’: Celebrity chef Vicky Ratnani on how to simplify home cooking 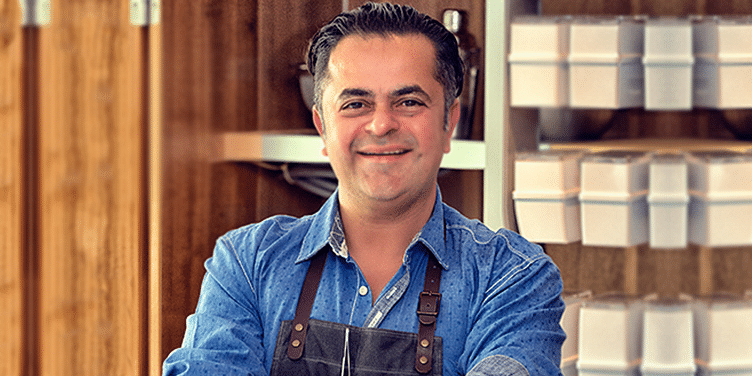 Vicky Ratnani is one of India’s most loved chefs who is known to create produce-centric dishes. Here are his tips on how to cook well and how to plan healthy meals….

One of India’s most revered celebrity chefs, Vicky Ratnani has been a part of multiple cooking shows on Indian Television such as Vicky Goes Veg on NDTV, Vickypedia on LivingFoodz and more.

He is best known for curating Indian foods with an experimental edge. Fascinated by markets, he loves to explore the local produce of any region he’s travelling to and he creates produce-centric menus.

Vicky graduated from the prestigious Dadar Catering College (Institute of Hotel Management, Mumbai) and set sail to pursue his career by gaining an appointment on a ship. After six world cruises that took him through many countries, Vicky went on to live and learn in Genoa, Italy. He was personal chef to Nelson Mandela, on his journey from Durban to Cape Town while Mandela was promoting his charitable venture.

After moving back to Mumbai, Vicky took over Aurus, and later set up Nido, an all-day bistro in Mumbai. In 2015, Vicky was voted Chef of the Year in India at the Indian Restaurant Awards.

He has met with various MasterChefs and culinary legends from across the world such as Todd English, Jean Georges, Joan Roca, Sergi Arola, Jordi Villa amongst others. The experience of working with those who are an authority on world cuisine has enriched his understanding of food at both its most basic and complicated level.

In an interaction with YSWeekender, he speaks about the secrets of good cooking, how to simplify meals and the top food trends of the season….

YSWeekender: How did you enter the world of the food industry?

Vicky Ratnani: While I’ve always enjoyed eating good food and doing some basic cooking, pursuing a culinary career was never a thought growing up. Eventually, I decided to pursue my interest in entertaining people as opposed to joining my dad’s business, and given my love for cooking, I decided to become a chef.

YSW: Tell us about your journey on ocean liners and cruise ships to other countries.

VR: It’s been phenomenal. I’ve been fortunate to circumnavigate the world seven times! Early in my career, I worked with a very prestigious shipping company Cunard that gave me ample opportunity to travel. In my 11 years with them, I’ve collaborated and learnt from chefs of over 37 nationalities and quickly risen up the ranks to be their first and only Indian Executive Chef.

My experience at Cunard paved the way for me to become personal chef to the likes of Nelson Mandela and many other dignitaries. Later, I got the opportunity to join the culinary team of one of the biggest ships in the world that served nearly 20,000 meals a day.

Start early, don’t wait like I did: Sharib Hashmi aka JK Talpade in The Family Man

YSW: What do you think is the secret to good cooking? What are some of the mistakes you have seen home chefs make?

VR: The secret ingredient is getting the basics right. It’s understandable, for food enthusiasts to explore various cuisines and innovate right at the beginning of their kitchen journeys, however, that has to be preceded by a foundational understanding of cooking techniques.

Once chefs grasp the essential basic techniques, knife skills, tastes and flavours, they become more equipped to innovate. Even after this stage, it is imperative to keep an open mind and continue learning by reading and observing great chefs at work.

YSW: Can you tell us about your web series The Gastronaut and The Doers Club?

VR: ‘Vicky The Gastronaut’ is a complete labour of love for me, and to this day, I’m surprised by the way it all came together. It was still a dream when I approached Peru Tourism, but they took me in, banked on me and since then the series has taken me to places like Australia and Thailand. Recently, it’s made it to my Instagram and the next stop is Oman.

The Doers Club by Dewar's is a platform that takes a quirky spin on the pairing of gourmet food with cocktails. At the on-ground edition in Mumbai, I had a great time curating the menu with their brand ambassador, Greg Benson, to find the perfect food and Highball combinations.

We’ve taken the platform online with a digital edition, where I’ve curated combinations like a Cheese and Garam Masala Risotto to pair with their Highball cocktail. Staying true to the brand’s ‘Double Is Better’ philosophy, the experience encourages like-minded people to get creative with their Scotch and gourmet food pairings, and have some fun while they’re at it!

Blogs and books: Here's what entrepreneurs are reading during the lockdown

YSW: How can a home cook simplify his or her life?

VR: The biggest tip I could give is to make sure they’re organised. Besides, home chefs should also document their recipes.

There’s a great deal of innovation and unique styles in home cooking, and these are dishes that never make it to restaurant menus. Their food can be so remarkable and distinct, that I prefer referring to them as home chefs instead of home cooks.

YSW: What are some of the bases that people can make, freeze and use over and over to make cooking a bit easier?

VR: There are a few things you can do to save on cooking time. If you’re cooking Indian food, then you can freeze a standard Indian tomato masala/puree. Vegetable stock, another essential, can be made and stored as ice cubes, for use in a variety of different dishes. Certain seasonal fruits and vegetables can be pureed or just cut into pieces and stored in the freezer.

YSW: Since healthy eating is a way of life for people now, how can we plan healthy meals?

YSW: What is your favourite world cuisine and why?

VR: I’ve spent a lot of time in the Mediterranean, so I love the food from this region. I’m biased toward Italian, Greek and Spanish food.

YSW: What are some of the top food trends today?

VR: Communities and people are far more conscious about what they eat today. Supporting local farmers by eating local produce and ‘farm-to-table’ meals are becoming a popular choice. People are opting to consume less meat and more vegetables in their diet. Even food trends like micro-regional food like artisanal tea and coffee, are gaining popularity.

YSW: What are some of the simplest dishes that have you been cooking during the pandemic lockdown?

YSW: What are your plans post the lockdown, food-wise? How do you think the world will perceive food in the days ahead?

What our reduced attention span is doing to our brains