Independence Day: This song celebrates Indianness by bringing together 16 singers and musicians across genres 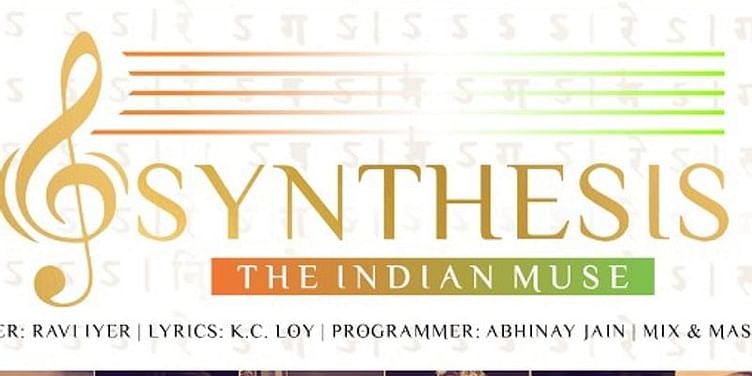 Synthesis – The Indian Muse, conceptualised by ShowCase Events and composed by Ravi Iyer, is a collaboration between Indian singers and musicians to mark 75 years of Indian Independence.

With its immense diversity of people, cultures, languages, modes of dress and cuisines, India’s definition as a cohesive unit defies logic. Yet our countrymen collectively identify with the overarching patriotism that comes with ‘being Indian’. What is this Indianness? Does it have a unique expression? For the team that has put together Synthesis – The Indian Muse, it certainly does. Slated for release on August 15, the song and video will be available across all music streaming platforms at 11 am IST.

Nanni Singh, the CEO of ShowCase Events, has long been an ambassador for the preservation of Indian musical traditions. Events organised by her company in the past have focussed on showcasing Indian classical, semi-classical, and folk genres of music, and the talented artists that practise them.

With the pandemic, the traditional Indian music fraternity faced immense difficulties, yet Nanni attempted to keep the beacon alive by organising Facebook Live shows with these artists as guests. To celebrate Independence Day, she got everyone together for the ultimate Indian musical collaboration.

“The concept of the song arose from the desire to represent what our country stands for, through music… especially its unity in diversity. At ShowCase Events, we believe that music is beyond all barriers, and this song is an amalgamation of the collective sounds and moves of our country.

"Sixteen artists and a dedicated production team came together to create what we are tremendously happy to call ‘our song’,” she explains with pride.

Nanni refers to it as “a production of love”. Without sponsors on board, there was no money, yet every person contributed their bit unhesitatingly. She lauds the fact that the artists never once complained, and were in fact willing to contribute even more. Perhaps the attraction lay in the fact that the song is a teaser to a much larger project that Nanni is planning for the future.

The music for this song has been composed by Ravi Iyer with lyrics by  KC Loy. It has been mixed and mastered by Aslam Khan at Headroom Studio, Mumbai, and numerous artists have come together to create it. The vocals have been performed by Dhanashree Pandit Rai, a leading singer of ‘Thumri’; Sonam Kalra of the Sufi Gospel Project; Kutle Khan, a highly acclaimed Rajasthani folk musician; Anushree Gupta, a talented artist from Bengal; Kashmiri Rabab, Naviin Gandharv, the only exponent of the unique instrument Belabaharr; and Sunita Bhuyan, the popular Indo-fusion violinist and singer from Assam.

Instrumentalists include the likes of Ustaad Hidayat Hussain Khan on the sitar, Ambi Subramaniam on the violin, three-time Grammy nominee Pt. Ajay Shankar Prasanna of the Benares Gharana on the Flute, Nazir Ganaie, the famous Kashmiri Rabab Player, and Sunita Bhuyan on the folk violin. The percussionists are Ustaad Fazal Qureshi on the tabla, Sridar Parthasarathy on the mridangam, kanjira, and morsing, Vijay Chavan on the Marathi dholki, Nathulal Solanki on the nagara, and Kutle Khan on the Khartaal.

Programming has been done by Abhinay Jain and the virtual production assembled in Delhi-NCR’s RRE Studios. The video has performances by renowned Kathak dancer Aditi Bhagwat and Bharatnatyam dancer Sohini Roychowdhry.

Bengaluru-based Ambi Subramaniam calls it a special composition which is a total “labour of love”, and Ravi Iyer hails it as an anthem of love, peace, harmony, and togetherness.

Ustad Fazal Qureshi says, “This song represents our emotions of India, our thoughts about India, and its unity in diversity. I’m honoured to be a part of this song.” Hidayat Khan who is based in the US, was especially grateful to be able to participate in this Indian extravaganza.

It took precisely one month from the day the idea was conceived to complete this ambitious project. There were plenty of challenges in every step of execution, but the novel concept propelled the participants towards completion.

Dhanashree Pandit-Rai shares, “No greatness can be achieved without some craziness right at the start. The most exciting part for us all was to see the song germinate bit by bit. First, we got the catchy melodic line, then the lyrics came in and seamlessly blended with the music, then came the instrumental bits, and vocal parts from different artists. Each time the song would come back with something added in, and watching it grow was very exciting!”

The biggest challenge was coordinating the work of artists based in different locations. Most aspects were conducted virtually, before each artist recorded their bit in a professional studio in their own city, as per instructions provided.

The team at ShowCase Events was responsible for all behind-the-scenes coordination between artists. They helped organise studio slots, and pushed for individual pieces to come in on time. Videos were recorded on smartphones due to COVID-19 restrictions, which meant stark variance in the quality of the clips received, yet the team worked with what they had.

Kolkata-based Sohini Roychowdhury describes it as, “A labour of love, life, empathy, and healing winds to bring about harmony, joy, and magic.”

Nanni refers to the song as being both regional and global at once, akin to a whole concert being packed into one song. Multiple genres and art forms from around India are presented in four minutes, including classical, Sufi and even folk.

She explains its intent by saying, “We are proud of being Indian. There is the underlying spirit and feeling of patriotism and ours is a pure feeling of pride in our country’s rich cultural heritage.

"The message we are trying to share is that despite the difficulties of the pandemic, artists are a strong fraternity, and nothing can dilute their sound or their spirit.”

The collective efforts of the artists have enabled word to spread through multiple platforms including social, digital and traditional media. In fact, its uniqueness has brought it to the attention of various foreign embassies and cultural bodies.

Consulates of countries like Spain, China, Malta, Germany, Turkey, Singapore, France, Vietnam, Azerbaijan, Greece,  Philippines, and the US will be sharing Synthesis within their communities to mark India’s Independence Day. It will also be played at the Arab Cultural Centre in UAE, Nehru Centre London, and FICCI FLO and the Indian Council of Cultural Relations, immediately after its official release.