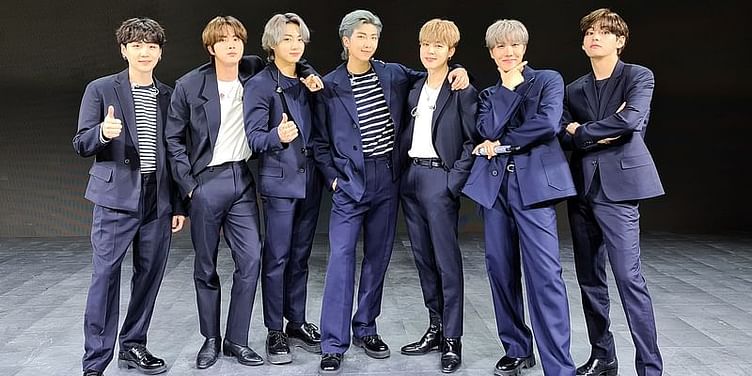 For all the BTS fans or BTS Army, HYBE EDU — the education arm of HYBE Corporation — has launched a Korean language learning pack ‘Learn! KOREAN with TinyTAN.’

HYBE EDU has collaborated with Korean AI startup Neosapience to launch the study package to help those who want to learn an easier level of Korean.

The learning pack was released last month on April 26, after the subsidiary of HYBE for education launched ‘Learn! KOREAN with BTS’ study package for global fans to learn Korean in a fun and easy way.

Following the latter’s success, HYBE EDU implemented an AI-based speech synthesis technology to the TinyTAM package with the help of AI startup Neosapience.

The technology has helped develop sounds for the study package that sounds similar to the actual voices of BTS through months of AI learning.

The TinyTAN study package consists of a textbook, a workbook, a poster of the Korean alphabets, vocabulary cards, masking tapes, stickers, and a MotiPen — a sound pen that reads out the standard pronunciations in Korean, English, Japanese, and Spanish when placed on the text.

In a statement, the startup said, “Words of encouragement from BTS members are hidden across the textbook and can be heard using the MotiPen. The package also includes an “audio personalisation service” coupon, which allows users to set up their names and the voice of their favourite member of BTS through a QR code.”

Taesu Kim, CEO, Neosapience, added, “We are pleased to contribute our part as a positive motivation to Korean learners around the world. We hope that the voices of BTS developed through artificial intelligence learning will encourage many to learn Korean.”

TinyTAN are seven characters launched in August 2020 by HYBE IP under the concept of BTS’ second ego, born in a cute appearance. Since their launch, TinyTAN have established multiple global licensing deals, cementing their presence as ‘Characters to look out for.’

The 'Learn! KOREAN with TinyTAN' package is available on the Weverse Shop.

After a stellar year, where their song, Dynamite, broke several records, the seven-member K-pop boy band are due to release their latest album, “Butter” on May 21, 9:30 am IST.

'Focus on your goal and success will come along': Kanika Agarrwal, Co-founder, Upside AI