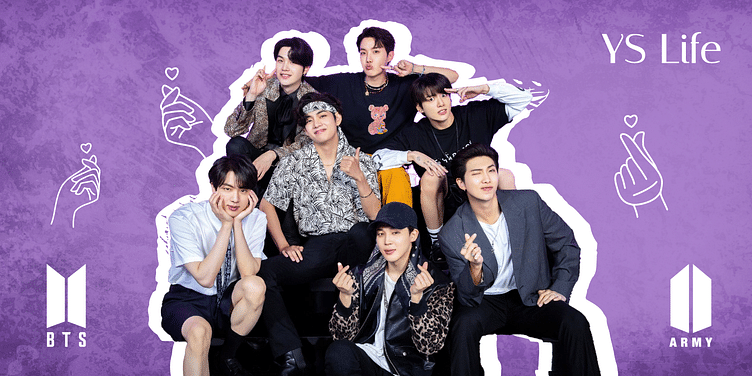 As South Korean K-pop band BTS prepares to enlist for their mandatory military service, ARMYs around the world have this bittersweet feeling they can’t shake off. This ARMY is one among many who is indebted to BTS’ existence!

I remember my first encounter with BTS so vividly as if it happened yesterday.

I discovered the seven boys on a cosy afternoon in December 2017 while browsing YouTube. There they were, singing live on stage while dancing flawlessly to their track “Go Go”.

I was new to the K-pop genre and didn’t know who was who. That’s when Google came to my rescue.

You find BTS when you need them the most.

The year I discovered BTS I was also diagnosed with clinical depression and anxiety. It was a tough year for me to survive in a city where one hardly had any friends. That’s when the seven beautiful boys became my best friends for life.

After searching a little more on YouTube, I found a treasure trove of songs, predominantly written in Korean. While reading the English translation and internalising the meaning of the songs, I thought to myself—"Within that pitch-black darkness, I found BTS shining so brightly for me. This is my safe space now.”

The song that touched my heart and had the biggest impact on me was Jin’s solo track “Epiphany.” Call it a sign from the universe, but these lines—Not so perfect but so beautiful, I'm the one I should love—never rang truer!

It was all I needed at that moment—the right words at the right time to console me, give me strength, make me believe in myself, and help me get up and dust myself.

As I write about the song while listening to it, my eyes are wet again. But this time, the tears are happy ones!

From “Magic Shop,” “Zero O’Clock,” “Spring Day,” “Save Me,” “Epilogue: Young Forever,” “Euphoria,” and so many more—I am just one among millions of fans globally who have found solace and comfort in BTS and their songs.

If you think it’s a one-way street, you are mistaken. BTS members, too, find comfort among fans—dubbed BTS ARMY.

For the ARMY, this year has been nothing less than a roller coaster ride. First came an anthology album—PROOF—shortly after which the band announced they would take a break to focus on solo careers.

Following this announcement, ARMYs around the world were surely heartbroken, and so was I. All the months I spent dreaming to meet Bangtan Boys at a concert, saving up for the tickets, and the super cute ARMY BOMB—BTS’ official lightstick used in their concerts—were all put to a halt.

But a small glimmer of hope came in the form of the recently concluded “YET TO COME in Busan Concert”. The last free concert—as BTS enlist for mandatory military service and would get back together sometime in 2025—was organised on October 15 to create the hype around World Expo 2030, which the South Korean government expects to host in Busan.

I got all settled to watch the free concert on Weverse—Hybe Label’s online platform for artists and fans—only to receive the news of their military enlistment two days later.

Although we (read ARMYs) knew the day would come soon, with the government bringing in the “BTS Law” back in 2020 and deferring the enlistment age for the boy band from 28 to 30 years, the members took the decision themselves.

After years of speculations, the recent announcement of the band’s oldest member, Jin, enlisting in the country’s military service has come as a sigh of relief for many fans, with other members to follow suit—some even calling it a great show of integrity on the part of the boys!

South Korea mandates all able-bodied males between the ages of 18 and 35 years to undergo military service.

We may not see any performances for two years, but we will have some solo features coming out. Before his enlistment later this month, Jin is launching his solo album, "The Astronaut", on October 28.

Moreover, Korea Times reported that the South Korean defence ministry “will provide BTS an opportunity if they wish to participate when there is a national-level event for the public good or an event designed in light of the national interest.”

It’s a bittersweet feeling, but we also survived two years of the pandemic with no concerts and fan meets. Online concerts, musters, live videos, and Weverse chats with the BTS members were all we had—and so did they.

As Jimin once said, “Remember there is a person here in Korea, in the city of Seoul, who understands you.”

Amid the pandemic, the boy band garnered more fans as they launched their first English song “Dynamite,” followed by “Life Goes On,” “Butter,” and “Permission To Dance”—all ranked high on the coveted Billboard Hot 100. The K-pop sensation also got nominated for Grammy—the first Korean band to do so, besides winning many other awards.

They spoke about mental health, eating disorders, and racial discrimination—stood for the Black Lives Matter cause and against anti-Asian hate—and also gave a heartfelt speech at the United Nations General Assembly.

Inside a high-security venue like the UN Headquarters in New York City, it was quite a sight to see the biggest boy band in the world performing “Permission To Dance”—a song that relays hope, positivity, and inclusion with the hook dance step featuring sign language.

I can go on and on about BTS and their accolades, and their impact on this world and a whole generation—young and old—belonging to any race, gender, or nationality.

However, it’s not just their achievements that made me and millions of others their fans; it’s their attitude towards life and their dedication to their fandom. It’s their camaraderie, hard work, and love for their art that made us all fall in love with seven boys.

They dedicated an entire song titled “We are Bulletproof: Eternal” to the ARMYs, among many others.

They brought us a variety of shows—Run BTS, BTS Bon Voyage, In the Soop, etc.—to entertain us and show a side of them we hadn’t seen before.

One may think the biggest boy band on the face of the earth would have developed a sense of ego, but when you watch these shows, you realise they are no less than comedians—a pure serotonin boost that no physical exercise or drug can provide!

BTS debuted in 2013 with their song “No More Dream.” It has been 10 years since they drove in the iconic yellow school bus and flaunted their almost goth looks. Now, in 2022, they brought back that bus in their song “Yet to Come,” giving us fans hope that they will be back, and soon.

As for me, I have been an ARMY for five years. In this period, a lot has changed in my life. I overcame my depression, learnt to love myself—which I struggled to do for most parts of my life, found much happiness, and experienced profound sadness, but BTS has been a constant.

Pass the end of winter's cold

Until the spring day comes again

Until the flowers bloom again

Their first concert was a free one, and so was their latest. Seems like we have come a full circle, for this chapter. But there are more chapters to be written. And whoever thinks this is a “hiatus,” it's not.

The Best Moment is Yet to Come.