Winner of the Most Promising Venture - MPEC 2009

What does one do when a website started by them reaches a membership of half a lakh members only to be hacked into five years later and lose it all? Does the entrepreneur leave it all to go back to a job promising to never take a risk again or does he go on about displaying more resilience than before?

In the case of Sundeep Gajjar, man behind xBhp, it was the latter, a pure play of

Sunny, as he is popularly known, is today in a position most men would find envious. While the world of entrepreneurship knows no 9-5, even to the most adventurous of businesses, riding a bike through the most scenic of landscapes, experiencing different cultures and capturing it all through a camera lens would be considered anything but dividend paying work.

To Sunny, it is a way of life, what he admittedly calls ‘the best job in the world’. In an exclusive with YourStory, Sunny opens up about bikes, photography, life before xBhp and his journey as an entrepreneur.

We’re curious; what does xBhp stand for?

xBhp means ‘x’ amount of braking horse power. ‘x’ is the most important statistical value to judge the power and capability of an engined vehicle.

How did the idea of a biking community come to you?

I was 21 when I got my first motorcycle - a Bajaj Pulsar 180. Incidentally, I was also learning web designing at that time and thought it would be nice to have a personal web page dedicated to my first two-wheeler.

Initially it was simple stuff, a few pictures clicked through a rented at Rs. 500 a day, 1.3 mp camera; but the addiction caught on. In a month, I’d purchased a second hand digital camera and started hunting for superbikes around Delhi. My day began at 4 am to follow superbikers on a ride to get pictures. One would call me a madman but word spread and eyeballs followed. Adding an interactive module in the form of a comments page was logical and it brought in comments. From one registered member to a thousand, everything related to motorcycling was being discussed and the ball had started rolling.

It was tough initially to get the traffic and we tried everything, including distributing xbhp leaflets in mall parkings. What also helped in a big way was the internet boom in India then and also our content – superbikes - back in 2002 they were not very common and had high aspirational value and hence a high interest.

The hacking incident of course nullified all those efforts or so it seemed initially. After losing even the backup data of 40,000 registrations, we were back to square one.

What has been your vision in bouncing back with so much vigour?

There has been one main vision – to popularize motorcycling for leisure in India. And we have been very successful at that. xBhp is at the heart of the Indian motocyling community with only one agenda – to ride and talk about motorcycles. In less than a year since then, we have 14000 + registrations again and it feels good to know that the data may have been lost but the popularity and name remains. In fact I see xBhp doing much better in 3 years from now in terms of traffic.

What all does one do on xBHP?

xBHP provides a free platform for motorcycling enthusiasts from all over the country to converge and discuss everything about biking. It provides a tool for members to share and plan roadtrips, get to know likeminded people and convert them into long lasting friendships.

Uh, how do you guys make money? Where did the seed capital come from?

The primary investment was a lot of time and belief and I saved a lot of money being spent on a website being a designer myself. Today, without any external funding, xBhp is a strong and organized force to contend with and hence provides a terrific platform for companies to indulge into advertising and BTL research, especially to reach the youth.

We benefit through letting out ad space on the website or through the sponsored events which is about enough to pay for the dedicated server and equipment costs. We organize roadshows, international roadtrips on superbikes, micro events and weekend city meets and rides and run off a couple of sponsors.

What have been some of the most exciting trips? Any incidents?

During the Great NewZealand Roadtrip in 2008 (www.theGreatNewZealandRoadtrip.com), Kawasaki wanted me to review their brand new bike, I went around covering 6600kms in 22 days, representing xBhp, and riding as a journalist for a magazine in New Zealand

There was also the Castrol Power1 Passion Hunt 2009 (www.power1hunt.com), one of our biggest projects where we executed a nationwide hunt for Castrol to select India’s Most Passionate Biker.

Personally, my most unforgettable moments were seeing the Beat the Retreat ceremony at the Wagah border and standing at the Great Australian Bight in Southern Australia from where I could see the curvature of the Earth. Fortunately there have been no mishaps ever since I started riding big bikes.

Why be an entrepreneur at all? What were you doing before xBhp?

Frankly, life before xBhp seems all so unreal and boring now. I was just one of the countless people doing a 9-5 job. Entrepreneurship was something I did not choose but was written in my destiny. There is a lot that I have learnt from xBhp and my team from photography to pitching to corporates and more importantly to handle pressure and expectations and all that’s written about you.

What is the best thing about your job and what are the challenges?

The fact that I have a holiday every day of the year and even if I have to stick my head into a computer and do a boring job like coding, I make up for it by spending double that time in riding.

On a more serious note, I have also begun to understand that many young people admire and look upto me for inspiration and therefore make it a point to develop myself constantly and raise the bar for both myself and xBhp periodically.

It has taken effort to find a way to make xBhp self sustaining along with constantly adding new features and doing new things. It is not something which just runs off a background code. We also face a very unique challenge. xBhp has become as powerful as a mass media entity and hence has become the bone of contention for some established companies in the publishing world; companies who pump in so much money, have editorial teams and backoffices, and yet xBhp manages to outdo them many a times in terms of quality of articles, photos and more.

But it feels good when we get complements from companies about having done a commendable job in roadtrips, events and photography. In fact today many big corporate and media houses take cues from xBhp and then implement it using their own infinite resources.

Any lessons you want to share with young entrepreneurs?

Do not start a venture just because you want to be different. Make sure you are following your heart and not just a business opportunity. In the long run this will help you retain your energy and self respect. I started off as a designer, became a motorcyclist which led me to be a photographer and a writer. As you see one positive energy gives birth to another and ends up complementing it, rather than sharing the energy pool. This is the beauty of creative arts. 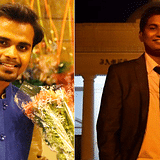 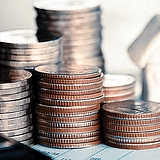 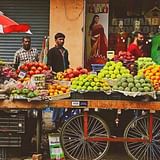 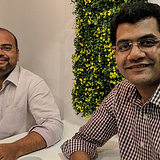