[Book Review] StartUp.com: Everything You Need To Know About Starting Up An Internet Company 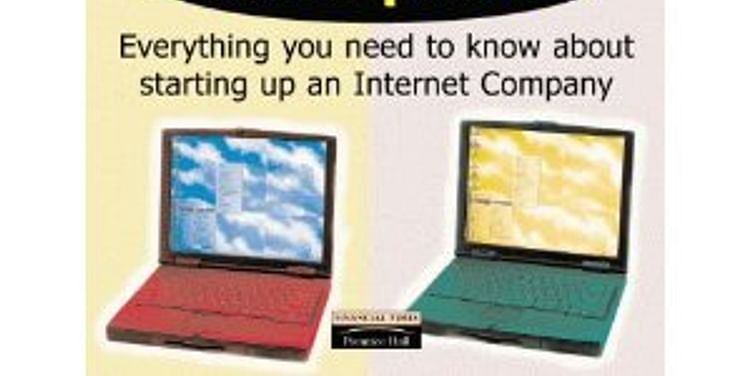 Drawing on a wealth of case studies and industry trend analysis, “StartUp.com” is a useful and informative guide to the process of starting up a business on the Internet. While other start-up classics like John Nesheim’s “High-tech Start-up” deal with the infotech industry in general, “Start-up.com” focuses exclusively on the Internet sector.

Some relevant articles from The Economist and Tornado-Insider magazine are reprinted; material is also provided by consultancy firm KPMG and other management, legal and human resource consultants. The book is written with a largely European and U.K. audience in mind, but its principles carry over to other audiences as well.

Sebastian Nokes is an infotech management consultant in the financial services industry; he is the author of “Taking Control of IT Costs,” and has worked for IBM and Credit Suisse First Boston.

“The Internet is the most liberating force that the business world has seen for a century. Innovation is back. Entrepreneurship is accessible,” begins Keith Young, executive chairman of NetB2B2, in the introduction.

It is important for entrepreneurs to evaluate not just the technical aspects of the Net, but also the wider social, political and cultural contexts, says Nokes.

“The size of social forces that the Net is unleashing has not been since in the world since the World Wars,” according to Nokes.

The Net can potentially help remove distribution inefficiencies in Japan, increase tax competition in Europe, and let the emerging economies of Asia catch up quicker. Procurement, supply chain management, and inventory control can be improved via Extranets and B2B exchanges.

“Like all technology success stories before it, the Internet will also have ramps and relapses. The railroads of the nineteenth century could show investors and managers boom and bust within the same decade,” cautions Nokes.

Whether targeting the old or the new economy, a start-up must leverage not just ideas and energy but also flair, determination, and contacts. What distinguishes Internet firms from more traditional counterparts is the need for real-time decision making, shorter product/service lifecycles, market uncertainty and high competitive intensity.

The spectacular rise and ignoble fall of European retailer Boo.com revealed the importance of having experienced technologists who can design high-service sites, as well as experienced managers who know how to impose financial control.

Another danger that many Internet start-ups face is an over-reliance on advertising revenue, cautions Nokes.

Juggling cultural fit and investor approval with basic skillsets in new employees will be key management issues as the company grows; recruitment will be a continual and evolving process throughout a start-up’s lifecycle as it enters a dynamic and un-charted environment.

The Internet thrives on new ideas, as well as the application of Internet technology to old ideas; a mix of original thinking, lateral thought processes, inspiration and luck will be needed in any aspiring start-up, driven by ‘ideas’ people as well as commercially-minded executives.

A good CEO enjoys responsibility, welcomes feedback, learns from experience, pays attention to detail, handles uncertainty, creates a culture of urgency and a sense of momentum, is intellectually stimulating, can prioritise conflicting tasks, creates a culture of continual education, takes criticism constructively, and does not take things personally when things go wrong.

“Today, leadership is being thrust on young entrepreneurs who have had little or no formal business training. They haven’t had the time,” says consultant Alastair Shaw.

“The sheer speed with which the technologies, the competition, the revolutionary selling techniques, the demands of customers and much else are being altered and changed means that ideas and novel applications have to be pounced on and exploited at break-neck pace. The challenge for the Internet-inspired newcomer is therefore tremendous but at the same time incredibly exciting,” observes Shaw.

And there are also occasions when the company leader must recognise that the time may be appropriate to give over the reins and hand over control to someone else who may be better suited to take the company ahead in new directions.

Venture capitalists and other investors tend to prefer to invest in start-ups which have unique selling points in addressing market inefficiencies or other market gaps, where intellectual property can be protected, which can build a sustainable Internet business, and where significant market share can be commanded over the years.

Many entrepreneurs tend to dismiss the possibility of approaching incubators, but many dotcom ideas that have been professionally incubated in markets like the U.S. have tended to do well.

Two chapters cover legal and IPR environments in the U.S. and Europe. Requirements and standards for originality in copyright are generally higher in Europe; patents in the U.S. are not published until granted.

“The difficulty with e-commerce and patenting is that the timescales are not compatible. From application to grant for a patent may take over two years, during which time an e-commerce start-up could have gone through several iterations and several technological changes,” according to legal consultants Michael Cover and Mishcon de Reya.

In the post-flotation world, the expectations of investors have to be carefully managed. Any surprises, particularly over timing of break-even or swings in performance, are likely to be received poorly.

Some of the material in the book has been prepared in the aftermath of the ‘Black Friday’ tech market crash of April 2000, and offers sobering insights into the early phenomenon of Internet mania.

“Britain’s railway mania of the 1940s certainly had much in common with the Internet fever. Share prices soared, then spectacularly stumbled as many lines failed to deliver expected profits,” according to The Economist magazine.

“Many dotcom shares, particularly those of Internet retailers, have fallen off a cliff. Yet the really big impact of the Internet is likely to be felt not among dotcom firms but in the wider economy.”

In sum, this is a valuable and useful reference book for start-ups in the Internet Age, particularly in the more sober months and years of the aftermath of Black Friday.