It was a “cool” (the techie cool) morning at Bangalore and the usually quiet IIM-B campus on a Friday suddenly saw a burst of vibrant activity at the auditorium, the air pregnant with expectations of an exciting day ahead. At the day’s close, the expectations of the audience were not belied and TechSparks™ came to set a new benchmark for startup events in the country and we are certainly not exaggerating.

Shradha Sharma, founder, YourStory.in, earlier in the day explained how her efforts from January to take TechSparks to different parts of India started and how it culminated in the Grand Finale. “We want the events in India to be on par with those on the Silicon Valley,” said Shradha. The journey was incredible. With the first TechSparks™ Regional Round Table in Delhi in May, the sequence of three roundtables followed in Chennai, Pune and Hyderabad leading to the Grand Finale in Bangalore. Within a span of four months, YourStory.in was able to touch upon 1350 entrepreneurs in total, perhaps a first in the startup history in India. The focus was on product technology companies. This enthusiasm of the entrepreneurs also points out to the exhilarating activity in the product tech domain in India.

So, what happened on August 19, 2011 at IIM-B? In a significant departure from the usual mix of keynotes, panel discussions, and pitches, TechSparks™ 2011 Grand Finale had something significant on the agenda – Tech30 Report. Usually, the fastest growing companies and large corporates regularly find their names as part of a list by leading magazines, the great company to work for, the top companies to watch for, and all such. But the startup phase is largely ignored, especially the product tech startups. So at YourStory.in, we made efforts to bring limelight to these startups at the pre-growth stage that show promise—the promise of growing to become a global leader in their line of business. At least that has been driving the “product tech movement” in India. We are in the startup space since 2008 and have been watching frenzy of activities since then. As always, we pick the entrepreneur to write about not on their great success but for the spirit of their starting up. The Tech30 Report also in some ways reflects our core belief of bringing to surface the spirit of starting up in the product technology space. We endeavored to spot the emerging stars, 30 of them, through this Report. Twenty of these companies presented their pitches in front of an impressive jury in the afternoon. This in a sort of way has set a new benchmark, an evaluation devoid of revenue generated, years in business or any other factor usually applied as a precondition for such startup lists.

Finally, the winners of TechSparks™ 2011 were: United Mobile Apps, Idea Device, Capillary Technologies, Mediology, and Reverie. The description of all these startups are covered in a separate article, click here to read more about them.

The mobile apps business is set to rewrite the technology space, say experts. This is easily understood by a significant attention given to that space by almost every ecosystem player in the mobile or tablet business. The developers can reap rich benefits from the different offerings of large corporates like Intel. In fact, Intel supported and encouraged us to spot Top 10 App4India Finalists, that Narendra Bhandari, Director, Asia Pacific Software and Services Group Developer Relations Division, Intel, attributed to finding apps in which local consumption was focused upon. We did pick the top 10 and MyCityWay walked away with the App4India award which includes a cash prize of Rs. 50,000 given by Intel in addition to hardware devices of Intel for all the Top 10 finalists. To check out the Top 10 Apps, click here.

Shailendra Singh, Managing Director of Sequoia Capital India, set the tone for the day with his insightful keynote on “Lessons from Portfolio Companies.” Being an investor is like being a double-edged sword. The same companies you bet on, grow beyond your expectations that you can talk about them in grand meetings like TechSparks™ but some of them get buried under going nowhere embarrassing your judgement and confidence. Every investor should have a huge list of companies that they betted on only to find such companies not realizing their potential. But Sequoia Capital as a VC perhaps found a secret sauce to evaluate companies that ensured that 30 of its 65 portfolio companies are market leaders. Shailendra Singh first complimented YourStory.in by saying that “TechSparks™ is the best platform for startups in the country.” Then he added, “We are excited to be in business with terrific entrepreneurs.” Yes, terrific they are. The likes of Café Coffee Day (high growth, great unit economics), JustDial (relentless product focus), Via (frugal innovation, rapid iteration), iYogi (conviction is key), Prizm (deep domain knowledge), Zappos (delivering happiness), MuSigma (culture cannot be copied), and GlobalLogic (thinking beyond borders) were picked by Shailendra to tell startup entrepreneurs the key contributors (in parenthesis) to those terrific entrepreneurs’ success.Narendra Bhandari’s Inclusive Panel Discussion

Narendra Bhandari, Director, Asia Pacific Software and Services Group Developer Relations Division, Intel, was introduced by Shradha as an awesome moderator. He proved to be one of those great moderators in a panel discussion involving Shailendra Singh, Mekin Maheshwari (President-Engineering, FlipKart), Rishi Dhand (Product Manager, Google), Vimal Abraham (IBM), and Jayaram Pillai (CEO, National Instruments) on go-to-market strategies. Narendra steered the discussions around specific themes: how do you identify your market or your customers? When do you go global and how important is ethics and integrity important for an entrepreneur in addition to involving the audience greatly by interrupting the discussion to take questions when every theme was concluding and also eliciting from the audience what they thought the corporates and investors could do to help them.

Vikas Jain, co-founder, Micromax Mobile, delivered a special address in the afternoon as an inspiration to startup entrepreneurs. Vikas narrated the rapid development of Micromax by specifically addressing some pain points of different groups of customers. A 30-day battery life for mobiles aimed at the rural consumer, QWERTY phones to enable chat and social media interaction for youth, “blingy” fashionable phones for girls and women, and going from a rural to urban market, but keeping the rural strategy up have been part of the Micromax’s incredible journey to the top. “We are pursuing an active tablet strategy,” said Vikas in response to a query. Touch phones and QWERTY phones are set to be popular in the coming days, in Vikas’s opinion. The cheaper prices of smart phones are going to set the mobile apps business on fire and it would be just three months before a complete 3G rollout happens, said Vikas, because operators cannot afford to wait longer as 4G is round the corner as well.

As the evening set in bringing an action-packed day to an end, it left us feeling greatly excited. The packed audience till the end is one validation of our event that kept audience interest through the day. The differentiating aspect of the events was its informal nature. We didn’t keep it very formal. Sometimes, young entrepreneurs feel inhibited by a high “air” thrown at some events and begin to think they are not yet there. But we kept an open ambience throughout the pitches, awards, and grand finale. Shailendra’s keynote in a friendly tone and Narendra Bhandari’s interactive discussion perhaps pulled the audience into active listeners and part takers rather than passively glued to their seats all day long. That we think has set a new benchmark. As a young startup ourselves, we feel incredibly happy to make it happen.

Last but not the least, we thank our Title Sponsor Intel Software, our supporting sponsors Amazon Web Services, Google, IBM, National Instruments and Sequoia Capital and CNBC TV18 our TV partner for having the faith in us throughout this journey. They truly enabled us. 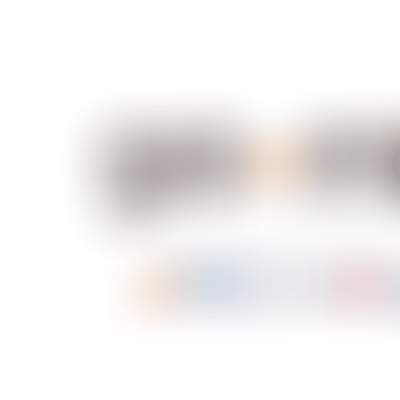 The week that was: from startups that pivoted to the iconic Prathap Reddy of Apollo Hospitals

Materials, messages, meaning: how this artist reminds us of environmental sustainability

Best of Weekender: From a candid chat with actor Swastika Mukherjee of Dil Bechara fame to a tête-à-tête with actor Kunal Kapoor