Lesbian, Gay, Bisexual and Transgender Entrepreneurs now have a support in LGBT Capital 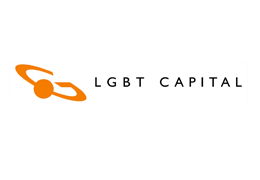 YourStory.in's exclusive interaction with LGBT Capital on Impact investing Part of the Galileo Group of companies and based in London and Hong Kong, LGBT Capital is a specialist asset management and corporate advisory business dedicated to furthering LGBT (Lesbian Gay Bisexual Transgender) freedoms globally and raising awareness of the scope for Impact Investing.

Estimated to be 5-10% of the population, the LGBT consumer segment is gaining momentum. In the US alone, the spending power of this consumer base is estimated to be around US$750 billion per annum. Despite this, many LGBT oriented businesses were established with a degree of secrecy and without the financial support otherwise available to start-ups.

“The LGBT market is a big and growing market. In more developed markets we have seen more and more businesses targeting the LGBT consumer and we believe the liberalisation of developing markets will provide a significant drive for the LGBT market going forward. At LGBT Capital we strongly believe in impact investing in that quality businesses serving the LGBT community, particularly in developing markets can also effect change for good” says Paul Thompson on the motivation behind starting a fund focused on LGBT businesses.So how big is this market? According to Paul they have estimates based on numbers produced in the US and UK and the estimated LGBT population assuming the generally accepted estimate of between 5% and 10% of population. The US and UK estimates they used were 6-6.5% of the population and they applied these numbers to population and GDP using the US LGBT spending power/GDP as a benchmark.

This is how the numbers stack up:

Apart from the fund they also run an advisory firm which helps businesses in Capital raising, Geographic expansion (with a particular focus on Asia), M&A and investment management.

LGBT Capital recently announced an investment in Fridae, Asia’s leading LGBT social networking operation with half a million registered users. What was the motivation behind this investment? “We like Fridae particularly as it is supports our philosophy of impact investment. It combines a strong commercial opportunity with real opportunities to effect change in Asia and is involved in educational projects, particularly with HIV. From a commercial perspective we see Asia as a strong growth market as the LGBT sector is relatively undeveloped. It also provides a platform for other acquisitions.”

So do the businesses have to be LGBT owned for them to be considered for funding by LGBT Capital? “Not necessarily” says Paul. “For us it is the sector that is important. If a company's focus is on the LGBT sector then we will look at the company irrespective of who owns it. We see many quality businesses which are non LGBT owned but are targeting the LGBT consumer sector because the owners see the growth potential in this sector. We see this as a very positive step in the recognition and 'normalisation' of LGBT”

Is this segment too narrow for investment? What are some of the future plans for LGPT Capital and advisory?

“It could be considered a narrow segment but it is a segment that is generally accepted to be between 5 to 10% of the total population and one that will generally consist of consumers with higher disposable income and a sector that we consider under served. We see many quality propositions and the social networking sub-sector we see as a very powerful platform particularly when you add in the Globalisation aspect. As LGBT businesses pretty much all fall into the Private Equity area, we also planning a public equity fund which will screen companies for LGBT diversity.”

We at YourStory.in salute Paul for starting LGBT Capital and welcome this with open arms. I sincerely hope in times to come, in our own country we will be able to see many more successful entrepreneurs emerge from this initiative.