2012 Is The Year of Living Hesitantly [Report]

Gartner CEO Survey reveals a gloomy business ecosystem2012 is the year of living hesitantly, as 85 percent of CEOs surveyed said they believe their enterprises will be impacted by an economic downturn in 2012, according to Gartner, Inc.

The Gartner CEO and senior business executive survey of more than 220 CEOs in user organizations from more than 25 countries was conducted in November and December of 2011. Qualified organizations were those with annual revenue of $500 million or more. The survey results show that many CEOs believe that an economic downturn will impact their companies in 2012. Although concerns are less severe in Asia/Pacific and North America than in Europe and Africa, it is the dominant point of view within each of the three geographies.

“Costs are now the second biggest priority area, the highest ranking in our surveys since 2009,” said Mark Raskino, vice president and Gartner fellow. “Yet, CEOs seem determined to maintain a growth posture as the No. 1 priority for now, and geographic expansion is the primary growth approach.”

While the economy is certainly a concern for chief executives, the survey results showed by a ratio of more than two to one that CEOs said they will increase IT investment in 2012, rather than cut it.

“The intention to invest in technology is comparatively healthy,” said Jorge Lopez, vice president and distinguished analyst at Gartner. “The newer trends, such as mobile and cloud, are rising to the foreground of CEO’s attention. However, CRM remains CEOs’ favorite IT capability because marketing is a never-ending competitive quest for customer retention.”

Gartner analysts said the difficulty with investing in newer technologies for strategic outcomes is that organizations need the right kinds of leadership and change management. Many business leaders learned the hard way in the 1990s and 2000s that simply buying and installing technology doesn’t deliver results if it’s not carefully directed and delivered in conjunction with coordinated changes to policies, processes, organization, roles and culture.

“More purposeful, structured innovation management could be one way to make technology investments pay off,” Mr. Raskino said. “We see strong CEO intention toward improving it in most sectors, but not in financial services — where, perhaps, regulatory compliance is simply overwhelming all other strategic change thinking.”

Ninety percent of CEOs can name a company they admire for its use of IT in gaining a competitive advantage, but when restricted to their own industry, a quarter cannot. Apple easily eclipsed everyone as the most admired company for its use of IT, as it accounted for 39 percent of the responses. Google was second with 11 percent share, followed by Amazon at 5.8 percent.

“Any CEO who believes that he or she is the innovation leader of the firm must retain a close direct working relationship with the CIO in this age of rapid business digitization, or risk being blindsided,” Mr. Lopez said. “CIOs must improve IT-related competitor intelligence, and use that information to build a productive relationship with the person the CEO sees as the leader of innovation.”

Most CEOs know what new information they need now and in the future, so their CIOs must keep pace. In this year's survey, Gartner asked the: "If there was one additional piece of information you could use, what would it be?" Nearly all the CEOs had a specific answer close at hand. Most were in the areas of customer and sales information or competitor information. Gartner also asked CEOs what new kinds of information will disrupt their industries during the next five years. About half the CEOs could not give a good answer; however, the other half provided a wide range of ideas, demonstrating that thinking about the new kinds of information that technology will make available is a potential source of competitive advantage between firms.

“CIOs and CEOs should discuss with each other what new information would help them manage the business better through uncertain economic times,” Mr. Raskino said. “We know most companies have weak management formalism over information strategy and governance; however, information variety, complexity and volume are rising exponentially. Muddling through without discipline will soon start to leave major companies vulnerable to new entrant competition. CIOs should spearhead the development of an information strategy for their firms, concentrating, in particular, on new kinds of information that might lead to industry disruptions and transformations.”

The survey results showed most CEOs still regard their CIOs as itinerant specialists. The role needs development attention. The CFO was, by far, the most cited close strategy advisor to the CEO in the survey, while CIOs were rarely mentioned. In an age of such digital disruption to business, many CIO roles remain underinvested. Most CEOs thought the best next step for their CIOs would be to do the same job in the same industry or in another industry. Few thought they would move on to a business leadership role.

“CEOs should re-examine the role the CIO plays today in business innovation and strategy,” Mr. Lopez said. “As the Information Age progresses, the risk of being blindsided by new forms of digital competition is rising.” 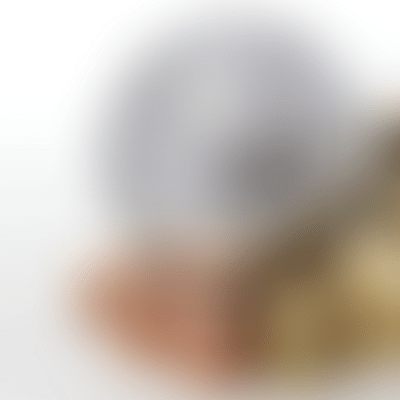