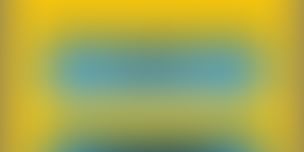 It was early 2010. There was a lot of buzz in the startup ecosystem about India’s inability to produce cutting-edge product tech ventures.I, for most part, was a silent spectator to these discussions. While I did agree that we were not at par with the innovations in the West, I did not, for a moment, believe that our Startups were not innovating.

It’s very important to understand that the context in which Indian Startups have been working. (Mind you, most Startups in India still operate under challenging circumstances, though it seems to be improving). We had a support eco-system which was just evolving, seed capital which was not readily available and Startup teams which were just coming together. Well, some say all of this still apply. But let me assure that things are changing significantly.

So, rather than sitting and hearing the conversations and wishing for something to happen, ably supported by a one-person team, I decided to launch TechSparks in 2010, a platform to Discover, Celebrate and Support the best technology innovations, stemming from India.

Year 2010, proved our theory right - Indian Startups were building something promising. Year 2011, validated our belief in our Tech Startups even more. We went to 5 cities, back to back. We witnessed innovation in its growth with ventures like UMA, Heckyl, Sparsha Learning, Idea Device, MyCityWay, Reverie and Mediology being some of the marquee TechSparks of 2011. All of these ventures were targeting markets that were yearning for some technology innovation and by coming up with solutions that were world-class, these companies showed us that an undercurrent of tech innovation was waiting to be discovered.

This year, my young driven team members and I are relentless in our pursuit to bring to you the best that India has to offer. TechSparks 2012 will go to 6 cities and bring to light the entrepreneurs who, we believe, will be the game-changers of tomorrow.

Also, please join me in thanking Intel Software, Sequoia Capital, AWS, CNBC Young Turks and all the other partners who have come on board for helping us dream big and support the Indian startup eco-system.

Here’s a release that we’ve written for this year’s edition of TechSparks, I request all the bloggers, entrepreneurs and supporters of Startups to help us circulate this nation-wide:

After creating large scale impact through vastly successful editions in 2011 and 2010, TechSparksTM, the largest nation-wide discovery platform for product Technology Startups, is back again this year in a bigger and better avatar.

TechSparks™, an initiative undertaken by YourStory.in, India’s leading online platform for startups and entrepreneurs, is aimed at bridging the gap between the potential of product technology companies in India and the opportunities for them to scale, by bringing together the entire technology ecosystem involving investors, experienced entrepreneurs, developers, corporates and the media.

The theme of TechSparks™ 2012 is “The Smartest Way to Scale Your Startup”, focused on creating all that is required for the rapid growth of technology ventures. This theme will be taken forward at the regional rounds of TechSparks™ 2012, to be conducted in five cities – New Delhi, Mumbai, Chennai, Hyderabad, Ahmedabad between May and July 2012.

Each regional round will bear witness to a first-of-its-kind product tech workshop conducted by experts, covering all the major decision areas such as design, technology, positioning, marketing, funding etc. that govern a Startup’s lifecycle. All Startups who register for TechSparks™ will receive free invites to these workshops. The TechSparks™ grand finale, where the spotlight will be on the 30 best Startups of the year, will be held in Bangalore in September 2012.

Also the finale will see the launch of the second edition of the Tech 30 report, first benchmarking report for early stage ventures in India.

This year’s edition, TechSparks™ 2012, is being supported by Intel in association with Amazon Web Services, Sequoia Capital and CNBC TV 18 Young Turks.

So, if you’re an entrepreneur or if you’re looking forward to be a part of the technology innovation boom in India, do head over to www.techsparks.in and register at the earliest.