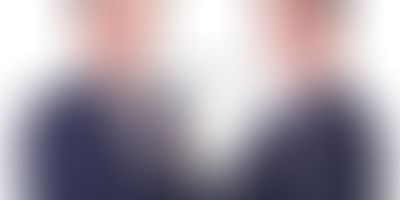 The story behind the dynamic duo at AGacquisitions & Co.Young, posh and connected; imagine two suave young men suited up with a cashload of confidence in their step. Wall Street investment bankers you’d say and ‘wrong’ I’d exclaim. This is the story of Kanishk and Harsh Agarwal, brothers who have started out on an ambitious journey to setup a flourishing investment bank; AGaquisitions & Co. The brothers, who grew up in a business family, started AGacquisitions in the middle of 2010 by focusing on capital-raising for growth companies.

Kanishk, who is equipped with a master’s degree in Financial Engineering and has worked with a leading investment bank in London always, had a penchant for deal making and acquisitions. And Harsh, who was one of the youngest private bankers in India has overseen investments of over $100 million at Deutsche Bank, always had an eye for numbers. The stage was set and the challenge was on.

But as fate would have it, at the onset, plans did not materialize as desired. The brothers quickly altered and experimented with various approaches standard to investment banking. “Our style of operations is a mere product of our environment. To start with, investment banking is perceived to require large research and execution team which demands a high cost base.” says Harsh. “We were averse to adopting this convention as in the earlier days, we realized that transactions have a long gestation period and the risks associated were extremely high.” he adds.

Hence, swerving from the convention, they relied on a partnership model, banding together a battery of lawyers, analysts and larger investment banks to deliver on the back end execution. In developing this model, the brothers quickly developed a potent network of global investors and clients which enabled them to taken on riskier and unconventional transactions. These were the kinds of transactions, the larger investment banks restrained from making.

Kanishk has worked with the leading names of Corporate India ranging from industries such as Real Estate, Energy, Clean Technology and Infrastructure Services to name a few. “Our biggest milestones have been in working with reputable institutions across the globe which includes the largest hedge funds, private equity investors and development finance companies like the World Bank.” says Kanishk.

Confident about age not being a deterrent, Kanishk says, “Age was never an obstacle as since a young age, we have always interacted with a generation elder to us. This made interactions with investors and clients a very natural process. Further, being at the business end gave us an insight into how promoters think and conduct their affairs.” Having a hardcoded business plan is circumspect in this field due to the uncertainty with how long transactions take to close. “Our business plan had to be evolutionary and we only know for certainty that whatever the final outcome, our cost structure has to be the bare minimal to support a long gestation period.” Mentions Kanishk.

The business being highly dependent on relationship and comfort, the brothers spend a good amount of time outdoors playing squash and golf where a lot of connections are made and relationships nurtured. “Acquiring clients is a very open ended process that can happen over a single meeting or over months of courting. We like to leverage on our existing rolodex developed over the years. It’s an art “, mentions Kanishk.

Playing the high risk card, uncertainty is something the brothers have an interaction with continuously. “Transactions typically take from 6 months to a years’ time to materialize. In our case, since we take on unconventional transactions the degree of risk is higher and packaging the transaction together takes more time and effort. For instance, having to raise capital for a 70 year old entrepreneur speaks for its self or getting investors to shell out tens of million dollars for a pre-revenue, early stage energy project requires immense belief in the promoters’ ability to see through such a project. The highpoint was when we took to market a 9 month old railway services company and were successful in attracting the biggest global funds to invest over $12 million. It’s a great sense of satisfaction” Harsh informs.

The thrill of competing with global names and beating them to it is what motivates this duo. “We believe in building our equity, which would never happen, working for others.” they say. The duo has set ambitious targets for themselves. It’s never about the return; rather it’s all about taming the risks!

AGaquisitions have addressed the main-street banking needs and would now address the wall-street banking needs of their clients. “With an immediate focus on setting up a fixed income investment desk, we aim to build assets under management of a billion dollars in the next 5 years. There is a very interesting opportunity on the equity markets side, which we plan to address via the hedge fund. We are currently waiting for the regulations to firm up before we can execute on the hedge fund.” says Kanishk as he signs off on a high note.

Check out their LinkedIn profiles at Kanishk Agarwal and Harsh Agarwal. More about them on their site. They can be reached at invest@agacquisitions.com