The Entrepreneur and Successful Startups – Quest for The Panacea To Success 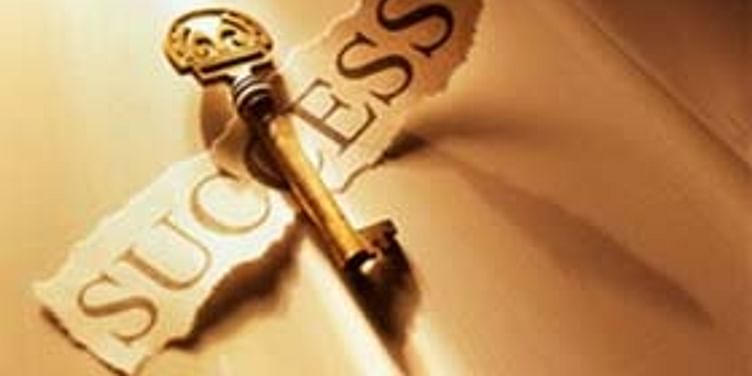 Founder of ShepHertz Technologies Pvt. Ltd, Siddhartha Chandurkar  shares his storyRecently, I have been spending some time on LinkedIn Groups and have joined some of the groups on Start-ups and Entrepreneurs. I also have been attending multiple Entrepreneur centric events discussing on what it takes to become a successful entrepreneur or a start-up to succeed or to get funding.

Today I was about to post a comment on one such group but I realized that it qualifies for more than just a comment and hence the post. It’s not a topic on which you can answer objectively and there is no silver bullet or path to glory which defines the composition of an entrepreneur of a successful start-up. Don't know whether will be able to cover such a general and vast topic in onepost but I’d like to make an attempt.

I have tried to list down some of the learning’s and experiences which I had. They may or may not apply. But hopefully will surely try to answer some of the questions which go in one person’s mind when he is considering becoming an entrepreneur or is already one. Success of Entrepreneur and Start-up is most often discussed simultaneously. I will try and attempt to illustrate these topics separately starting with Entrepreneurs.

Entrepreneurs can be broadly be classified into two categories.

I won’t be able to add much value to the Type 1 case since my story is based on Type 2. But, would still try and take a shot at it based on my experience as Type 2

During these times and era where products/apps have to be developed in internet time; the earlier you start, the better it is. If you are thinking about an idea there is a high probability that somewhere in some garage in some geography and corner, a person is thinking and implementing the same idea. Believe me it is so uncanny that you think about an idea and start working on it and suddenly you see multiple solutions in the same space. It’s like when you learn a new word; you hear and read the same word in newspapers, radio and TV almost from the next day.

If one does not participate in this acceleration of progress where technology, experience in life, business are changing, built and evolved almost at a quarterly basis. One might regret that they did not take the plunge at the right time. The advent and penetration of Internet and Mobile phones have opened up such immense opportunities and reach that what can be achieved is only limited by ones imagination. I, for one, regret that I did not take this decision earlier. If you are student in college or just out of college don't let the thought of being an entrepreneur just pass away. I know it’s difficult when you see your colleagues or classmates with whom you always competed or disagreed during arguments in the cafeteria has got a cushy job at campus or later. There is family and social pressure to get that great job which you can boast about and start earning right away. It’s a very difficult decision to work on an idea, pursue it which might work or not work in the next foreseeable future and possibly have no earning for some time or ever. An Entrepreneur is by birth a different person, against all odds there will be an inner calling which will tell you, “If I don't pursue this path, I won’t sleep well or if one dies an untimely death will feel he has not done his part. If you feel passionate about it enough - follow it. Have the will, patience and sustenance to pursue it.

Having said that, it’s not always necessary to start early. Sometimes it makes sense to get some exposure. I was an out and out technical and R&D (Research & Development) type of guy. I worked for many years with a Telecom Equipment Vendor. Then I joined a service company. It gave me business exposure. I understood and experienced the complete cycle of customer acquisition, engagement and closure. It gave me a new perspective and my business acumen got evolved immensely. I was lucky to have great Mentors and Bosses throughout. Sometimes at jobs you get work which doesn't make sense at that point of time. My then company was starting a new location, I volunteered to participate in establishing that location, because of which I got tremendous exposure to operations. Deciding on security of employees, sitting plan, optimized usage of space, lunch menu and prices, ferry planning, and transitioning people from one location to another; it all didn't make sense at that time. But today when I look back, my all that collective experience has helped me every step of the way. Having said this, no experience is enough and there is always a first time. If you think that you have enough perseverance in you. Don't wait for that dream job or the right time just believe in yourself and dive- believe me you will figure it out. There is never a right time. But be receptive to people who advice you, just don't ignore them, even from worst critics sometimes you will find pearls of wisdom, hidden in their criticism. There is saying in India. Hear everyone, do what you believe in.

As I said I am the Type 2 guy. I will try to illustrate my experience as a person who worked in the corporate industry for ~13 years and quit his job, started his venture and have been surviving for the past 2 years and just released the first offering- App42 Product line.

There are some who contemplate to do moonlighting and work on their idea while they are working. They are the worst kinds. First and foremost many organizations have clauses in your appointment letter restricting you from doing the same and it is unethical; even when it is not and you are actively looking for funding, which you most likely would unless if you have loads of saved or inherited money. Why will an investor fund in you when you yourself are not ready to risk your future on your own idea and that person has just heard your pitch and you are asking to invest millions or hundreds of dollars. You have to find a way to Bootstrap- through service, teaching, consulting, early sales, funding through Friends & Family or Angel Investors, or whichever way you can think of. If you cannot survive and are scared during these times, believe me there are more trying times ahead.

Majority of aspiring entrepreneurs fizzle out during this stage. They can’t garner enough courage to quit. They spent inordinate time trying and finding new research data through various channels to prove that their idea makes sense, and get into an endless loop deciding whether to go ahead or not. Continuously work on reducing the risk to such a level, which is rarely achievable that their idea is fool proof. No idea is fool proof whether initiated by a start-up or a big organization. Every idea has to be nurtured, cultivated, built, evolved and convinced.

Some breakaway and take the plunge. Working for a corporate and then starting a venture completely reconfigures you. It’s not about focusing on that particular area which was assigned to you i.e. Technical, Sales, Business Development, Project Management, Operations, etc. You have to suddenly transform into a Rambo - One Man Army. Starting from recruiting the first set of team, getting an office space, administration, accounting, taxes, legal, sales, implementation and delivery, quality, advertisement, HR – motivating your team, keeping them tight and motivated, convincing people to invest in you etc, you have to perform multiple roles. Time will teach you and you will learn.

Coming back to the crux of this post, what makes a person successful entrepreneur or a start-up? I could barely finish writing about the entrepreneur. If I am forced to take a single reason, it is self-motivation. Every night when you will sleep or get up in the morning, doubt will slowly creep in, it will reside somewhere in the dim recesses of your mind and just pop in during the worst time. Time will test you and believe me, to the hilt.

Self-motivation is the only virtue which will make you pull through. Belief in your team, on your current idea, your vision and will-power will keep you going. There will be many people who will agree on your vision and then many who won’t. If you are talking with investors and describing your offering e.g. A, B, C, D, half of them will tell you that A and B are great and the remaining will say C and D, and some other hybrid combination. Stick with what you believe. You can’t promise every investor what he wants to hear. If you do so you are not being honest. Having said that always hear what the market wants. Most often than not the idea on which you started will change its complete form and shape from what you started with and what you will release. Take nimble steps and be receptive to the market.

If you are not yourself self-motivated, how will you motivate the team? How will you persevere during difficult times. Don't wait for anybody else to motivate you. Get up in the morning, pull your socks and just follow your dream. Once you have decided to be an entrepreneur, ideas will change and evolve, because of environment, market conditions,technology, competition and external conditions beyond you but don't let your resolve change to create an impact in the society.

Know about Shephertz as a company, here and check their website here.