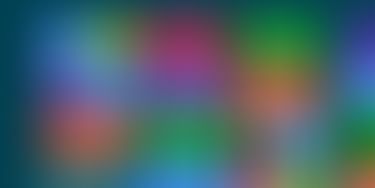 Microsoft is preparing to launch Windows 8 later this year, and uncharacteristically, there isn't a lot of hype around it. Maybe it's because Microsoft is holding back, preparing to unleash a huge marketing campaign as the launch dates comes closer. In any case, I personally think that enough attention isn't being paid to this launch, which is unfortunate, because I think Windows 8 is a goldmine of opportunity that is just waiting to be exploited.

I've been using the Windows 8 consumer preview for a while now, and I must say I'm impressed with it. Windows 8 really is pushing the boundaries of design, and breaking free from so many of the annoyances of its predecessors. I'm not alone to be impressed, by the way - Windows 8 has received some surprisingly positive reviews.

Anyway, here are the top 5 reasons I think there's a big opportunity with Windows 8 that startups and tech companies can uniquely exploit

Microsoft is making a big bet with a radically re-designed user interface - The Metro UI. Its a blend of the traditional desktop and features that have been seen on phones and tablets of late. Usually, mixing-and-matching UI features from all over is a bad idea, but Microsoft's designers have gone above and beyond here - The UI is surprisingly intuitive and easy to use. The "Metro" UI of Windows 8 deviates significantly from all the previous versions of Windows.

In my mind, this is probably the biggest opportunity. Windows XP, which has hung around enterprise computers for too long, is now nearing its end of life, which means enterprises which held on to it are likely to move to the new OS in large numbers. And while enterprise IT departments are overhauling their infrastructure, they're also rethinking the rest of their apps and vendors. If you're a company targeting enterprise IT, this is probably going to be the biggest window for change in a decade. You should be tuning your software for Windows 8 so you can go and pitch to Enterprise IT as being "Windows 8 ready".

One of my favorite features of Windows 8 is the integration with XBox live. There are some 68 million Xbox consoles out there, and the integration with Windows 8, if done right, can be a massive new channel to distribute your games for Windows 8 and console apps for the XBox! XBox Live has several million paying customers - a brand new monetization channel. Details are not fully clear, but it also looks like you'll be able to stream your Xbox 360 games over to your desktop on the network!

Plus, the new Xbox dashboard already looks a lot like Metro, and it will continue to get closer and closer to the desktop UI experience, which brings us to the next point:

While technically different editions of Windows 8 are going to run on desktops, tablets and smartphones, they will share a common-looking interface. Metro Apps are also likely to be easily portable across all these devices, which means a well written windows phone app will also work on tablets and desktops. Suddenly, Windows 8 will have millions and millions of devices that can run Metro apps.

And here's the big opportunity: There aren't a whole lot of Metro apps out there, which means the playing field is more level, giving startups and new technology a realistic chance of success as opposed to the current marketplaces of Windows, Android and iOS that are chock-a-block with apps and getting discovered is a huge problem.

After several years of the Windows - Intel nexus, Windows will now finally start running on ARM-based processors. ARM-designed chips, as you'll recall, are widely used in smart phones and tablets today, and are getting more and more powerful. We're probably only a few months away from ARM processors being viable and cheaper replacements in laptops, which is why Microsoft is going to support ARM for Windows 8.

The interesting thing about this is that programs written for Intel processors will not run on ARM. Which means existing, legacy apps that have been running on traditional windows-intel hardware will no longer run on ARM, creating yet another window of opportunity for new software to enter the market. If ARM takes off in the desktop-laptop world the way it has in smartphones, there's going to be a whole lot of new money being spent to buy all kinds of apps - From photo editors to WinZip replacements. By my (rough) calculations, this alone could be a multi-billion dollar market.

I'm actually pretty excited about the size of opportunity here. There are some obvious risks, and whether Microsoft can make it all work together also remains to be seen. But this is an area where Microsoft has enormous experience and also a near monopoly. The smart bet would be on Microsoft for Windows 8.