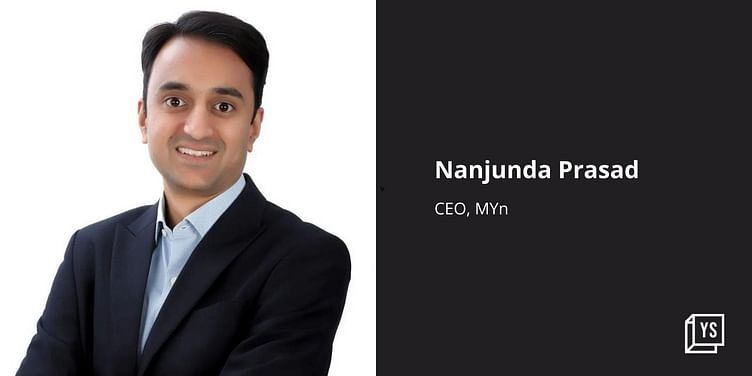 MYn is building a super app that aims to bring all the different requirements of a consumer under one roof.

WeChat and Alipay in China, Gojek and Grab in Southeast Asia, and Line in Japan have achieved what companies across the world are trying to figure out—how to build a successful super app.

Despite India seeing a similar mobile app ecosystem—most users in India, as for the rest of Asia, have access to the internet via mobile devices rather than a PC—it is yet to find its own super app. Even Tata Group’s super app Tata Neu hasn’t been able to crack the market.

This is something that AS Rajgopal, Founder, MYn, and Nanjunda Prasad Ramesh, CEO, MYn want to change. MYn is a super app that aims to bring all the different user requirements such as ride-hailing, delivery, hyperlocal, and social media under one roof. To achieve their goal, the founders want to start with onboarding users from the supply side.

But why build a super app?

While thousands of apps are made each year—about 500,000 apps are submitted to the Play Store and App Store a year—the app boom, which kicked off in 2008, has been slowing down since 2016. And, while users are spending more on apps, installs have seen a decline.

“The number of apps that an individual has varies between 12 and 15. We realised there has to be a better way to solve this, and that is how we launched MYn,” Nanjunda tells YourStory.

MYn, according to the co-founders, has a clear distinction of being an app that doesn’t have surge pricing. Nanjunda says the team approached the problem of solving mobility issues via a twofold way.

One, it uses a layer of infrastructure that has been built by other players. Second, the team has experience of working at data centre provider NXT Gen, meaning the team knew how to build products at scale.

“So when we started thinking about this discovery-track-transact, we saw some of the underlying things in the market today. The primary thing that we started seeing was the concerns around privacy,” he says.

Nanjunda explains that user privacy is currently at the forefront of app development. However, historically speaking, social media companies started off with a premise of selling user data.

“It's just that they didn't have a business model. And they had to resort to selling user data to make money,” explains Nanjunda.

The team at MYn decided to build the platform in such a way that the app is not merely a moderator. Most ride-hailing apps connect a consumer to a provider, and take a significant amount of commission. Currently, such platforms take anywhere between 25 and 30%, which is significant from a provider perspective. This passes on the cost to the consumer, making the service expensive.

“So just taking the cab example, instead of charging them 30% margin. If you ask any cab driver in Bengaluru, the cab driver pays anywhere between 25 to 30,000 rupees as commission to Ola and Uber today. Instead of that, they pay 149 per day, or 2,999 per month, which is nearly one-tenth of what they are paying today,” says Nanjunda.

But building a ride-hailing service isn’t simple. The matching algorithm, while it sounds great on paper, can be tough to actually match. This is due to the demand and supply conundrum.

“The sheer number of people today in need of a good public transport system, we need all different kinds of ride hailing services, whether it is autos, bikes, cars, electric vehicles etc. This is especially true for a city like Bengaluru, where the commute time seems to be increasing. Just from a mobility perspective, there is a need for cleaner, affordable, and on time public transport. But if there are regressive conditions, the market clearly is there,” says Vidhya Shankar, Executive Director, Grant Thornton in a conversation with YourStory.

The team thus started with focussing on the supply side, they started communicating the value to the cab drivers, and convinced them of the model. MYn currently has over 28,000 cabs in Bengaluru.

The startup doesn't just compete with cab-hailing giants Ola and Uber, but also with delivery service providers such as Dunzo and Zepto.

“Another primary challenge we face is that we have entered the market as a super app. Generally, if you see the global success stories, they had one use case with which they came in. They built a lot of things around that. But now with the way the market is, we wanted to establish that horizontal thought process,” says Nanjunda.

He explains that in super apps, users can come in and solve multiple use cases on a single app.

“So we started on the super app journey. So what happens is, that user communication becomes that much more challenging because a person coming in for content may not know what is happening on a local site. There is a whole lot of noise coming in. But the market is slowly warming up,” says Nanjunda.

The app, according to the co-founder, morphs based on the consumer. For example, for the driver's side, MYn shows earnings.

Nanjunda explains once the team reaches mass adoption with cab aggregation they will expand into other verticals such as delivery and social media.

Organisations need to move from know-it-all to learn-it-all: Sabyasachi Goswami, CEO of Perfios on the next stage of innovation