Exclusive: Ashok Soota on 3 Things Which Startups Should Not Forget! 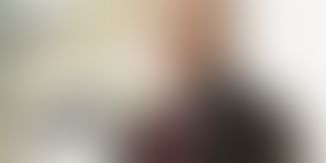 Ashok Soota, the stalwart of India’s IT industry has done what many would not even think of, especially in our country. At 70, after having established MindTree and taking it to an unprecedented height, Ashok has started up "Happiest Minds" - an IT services company with a focus on happiness for the employees (which is again a first of its kind in India). Ashok spoke briefly at an event in Bangalore recently and provided some very pertinent advice to an audience mainly consisting of entrepreneurs.

Ashok highlighted a key point when he contradicted a cliché and said, “Learn from your successes more than your failures.” On retrospection, this statement seems very true. It doesn’t mean that you keep repeating your mistakes, but the returns from learnings from your successes are much higher.

Another key pointer for entrepreneurs which Ashok stressed on was the importance of every member in the Startup Team. Yes, everyone has a sense of ownership uptill a point when the team is 10 to 12 member strong but the key challenge is to ensure the same spirit and team cohesiveness as you expand. How the team spirit spreads out in your startup will be a key determinant deciding your growth.

I came out pretty inspired from Ashok's talk, on the face of it, it may seem as a good advice but if you delve deep, all the points have a wealth of insights and learnings. What are some of your key learnings while starting up, do share it below, eager to here your perspective!