Location Based Services: What's Next? 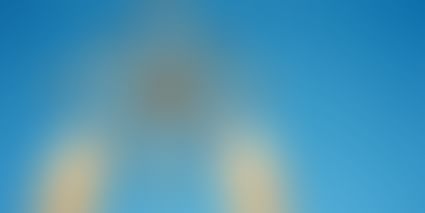 The first "location-based" app was probably the weather app for the Palm VII, launched back in 1999. It used zip-code level geographic information to show the weather forecast on the handheld device. We've come a long way since then, with mobile phones today having much richer capability in terms of both identifying the user's location and delivering richer content. There have been some great success - turn-by-turn navigation is quite popular today - and some applications that haven't quite become as big as promised, like location-based deals and mobile-advertising. Nevertheless, location-based services are pitched to be a $10 Billion global business by 2015.

While future of location-based services is tremendously exciting, we should also spend some time understanding why it hasn't taken off in a big way, especially in India. I think one of the big reasons has been the lack of deep user connect in Location Based Services. Several products I've used just expect the user to engage with the product without thinking through why the user would open up an mobile app while they are shopping. When users are out-and-about in the offline world, they usually have other things on their mind than checking for deals on the phone. And if you intrusively send an SMS or an alert to a user's phone while they walk around stores, it may be perceived as spam. In many ways, Location Based Services are suffering from the "last-mile" problem - How to actually deliver the service to the user in a non-intrusive but interesting way such that users have a strong incentive to engage with the product.

So how do we go from here to $10 billion? Can we take the paradigms that have worked well in the online world and try and apply them to the offline, location-based world?

In the online advertising world, there's a distinction made between two types of advertising based on the user's state of mind - Impulse vs Intent. For example, imagine you're walking through a mall, looking to shop for some clothes. As in any typical mall, you'll have several choices of stores and brands, and I imagine most of the decision of whether to enter a store is made by impulse - You walk past a store, see something you like displayed in window or on the mannequin, and you go into the store. This is called shopping by "impulse". Another way people enter stores is if they have previously made up their mind to buy a particular brand at a particular mall. They come to the store already having a fair idea that they're going to shop for something. This is shopping by "intent".

Unfortunately, in neither of these cases is the mobile phone involved in any big way for location-based services to have a natural fit. Getting the phone involved in the impulse use-case is messy - You can probably send a message or alert to the phone as the user walks by a store, but that can be enormously irritating to the user. And in the intent case, if the user has already made up their mind about which store to shop in, engaging with the user at the mall if probably too late - Your app needed to be present when the user was making up their mind about where to shop.

The reason impulse advertising works well on the internet is that it is non-intrusive and relevant to the user's context. this means relevant to the page that the user is visiting, or the query that they are searching for. In the offline-world, most of the context can come via the user's location. If the user is walking past a clothing store that has a sale going on, and the user has previously been looking at fashion-website on their phone, that is more than sufficient context to make a high-value connection. The main (unsolved) challenge, then, would be do deliver that highly-targeted, contextual ad in a non-intrusive way.

What if the ad was displayed on a TV inside the store's window, rather than on the user's phone? The app running on the customer's phone could alert the store's television saying there's a potential customer walking by, and display the offer. There's enormous potential to customize the offering that's displayed as well. This could be a novel and interesting experience for consumers to experience. Imagine if the TV actually displayed the customer's name and said there's an offering going on just for you! There're some privacy implications here, but the TV could just be used to capture the user's impulse, and further details could be displayed back on the user's personal mobile phone.

Delivering a non-intrusive ad with the right context is the magic recipe for high conversions. Anyone that can figure this problem out is sitting on a goldmine of impulse-based advertising.

But what about intent-based advertising? How does a location-based app work in the intent case?

For a lot of folks, their mobile phone is the default response for when they're bored. People tend to go to their mobile devices when there's nothing interesting going on, and they're seeking out entertainment. Mostly, people today go to their email or some silly game like Sudoku or Temple Run on their phones. Can we design a location-based service around the user's "intent" of relieving boredom?

There have been some ideas in this area previously - Like a multiplayer Sudoku that lets you compete with other bored users around your area. But can we combine e-commerce with these ideas? How about a puzzle game where you have re-arrange tiles to un-jumble a picture. Instead of just any picture, could it be a coupon for 20% off at the food court?. Or maybe a real-world treasure hunt where you receive clues on your mobile device, and it ends in a free coffee at the mall's local coffee shop? Or how about a car racing game, where the track is a replica of the mall you are in - complete with all the stores, and you can collect "points" that you can redeem at these stores? Maybe the winner of the race also gets a buy-one-get-one free coupon at a store?

These are only a few ideas on how to engage with users in a non-intrusive, but targeted way, and I'm sure there are clever people out there thinking about even better ideas. Just last week, there was news that Bharti-SoftBank is entering the location-based services space with an operator-agnostic service "Hoppr" that connects thousands of merchants across several cities. I'm sure there are lots of exciting things they can achieve with that scale, but I think this is just the start. There are lots of exciting areas just waiting to be explored in the location-based services arena.