Card Payments May Get Terribly Simple with OnMobilePay 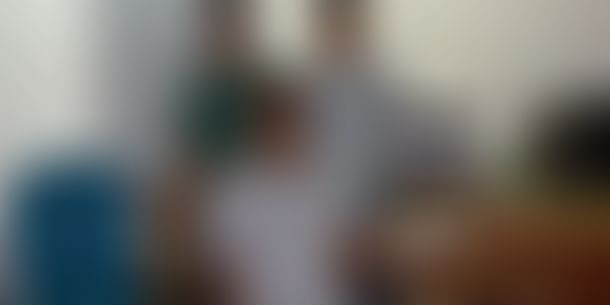 India is on the brink of a disruption in terms of internet and mobile and with a close to 700 million strong mobile base, enablers in this area will be on the forefront of this disruption. Making payments via cards is still an obstacle in India in spite of rising number of cards in circulation.The Problem OnMobilePay Tries to Solve

OnMobilePay‘s mission is to simplify and reinvent the process of buying and selling in the real world. “At Onmobilepay, we provide anybody with the ability to accept debit/credit cards in a quick, cheap and portable way. We do this by allowing users to swipe their cards on an encrypted mobile based card swiping device or manually entering the card details on the phone, thus greatly simplifying transactions.” says Sainath.

A demonstration of this process can be seen.

What led to this epiphany?

“The idea to start off on payments started after I faced lots of issues when using my credit card, especially when I heard that ‘The fulls’ (the data of entire magnetic strips for large number of credit cards was available in hackers market). So, whenever I used to give my card to pay a bill, I used to run behind the waiter to see that he doesn't take photo or use his own skimmer on my card.” informs Sainath. “After watching the process many times, I realized that the present system for electronic payments is flawed in real world. And with mobile being omnipresent we understood we can use it for making a secure system for payments.” He adds.

Technology that hearts the innovation

The free application, which is private beta is currently available for Android 2.3 + and iOS, supports Visa and Mastercard, will soon support American Express cards. There are plans to make it available over other platforms and accept customized/ loyalty cards.

The card swiping device supports a 3.5 mm audio jack based encrypted card reader which uses P2PE technology (i.e. Point to Point Encryption - the world's premium standard for security) to encrypt card data on the device itself when swiped, and this provides utmost security to the customer. “We are also in process of developing a bluetooth based secure card reader and pin entry device as well,” adds Sainath.

The application would be commercially launched in about 45 days from now on, and so far, based on the response received for the level 1 field-testing, there is a lot of optimism in the camp.

Having completely bootstrapped, the company is currently looking for an investment round so that they can go all out and the capture the looming opportunity in terms of the market share.

The road to money is always hard and OnMobilePay has had their fair share of obstacles. “When we started off, all we knew was the problem we intended to solve. Getting a hold of know-how was a big issue, and initially neither banks responded, nor did card networks, but then due to our persistence and with help from advisor Sukhmeet, we made good in roads,” Sainath reveals. “There were a few parental issues involved in starting up as well, but having made it thus far we’re confident of taking things forward,” he informs, signing off.

Sainath, besides founding the company, has also acted as a mentor/advisor to many start-ups. Having a voracious appetite for learning, it comes as little surprise that he’s a Technocrat, who also loves robotics, dance and adventure sports.

Pruthvi Sabbu, the COO and co-founder specializes in Cryptography and Network security, while Shashank Sahni, the CTO and co-founder has a mastery over the concepts in Virtualisation and Cloud Computing.

The company also boasts of a very strong part time management team, with the Chief Mentor and Strategy officer, the Marketing director and the head of the analytics and fraud management team, all having significant experience in working with multi nationals and as well there work with Visa products. OnMobilePay also has the bragging rights about a strong advisory board with advisors from the likes of Wharton and ISB.

A great product, an equally strong team to make it work and a huge market to capture, certainly makes OnMobilePay a compelling proposition. We’ll keep a tab on them for sure; for more visit their site here.

- With inputs from Siddharth k.